Police: Press code does not apply to Nicholson

THE SLOVAK police’s recent interpretation of what constitutes a journalist ran contrary to that of the International Press Institute (IPI), with known journalist Tom Nicholson saying police seek to circumvent the press code and make him reveal his sources. 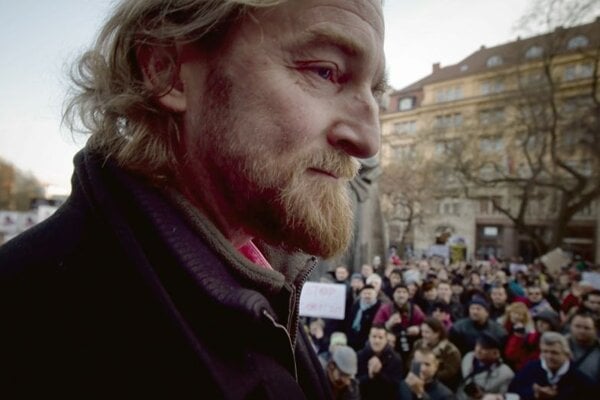 THE SLOVAK police’s recent interpretation of what constitutes a journalist ran contrary to that of the International Press Institute (IPI), with known journalist Tom Nicholson saying police seek to circumvent the press code and make him reveal his sources.

In his blog post entitled “I am a journalist. The police doubt that”, Nicholson describes an interview with the police, which took place on September 10, for which he was summoned as a witness in the case of the criminal prosecution of an unknown public official who is accused of abuse of power.

Nicholson was interviewed by police in connection with the investigation of a leaked transcript of a phone conversation between a former advisor to Interior Minister Robert Kaliňák, Stanislav Jankovič, and Libor Jakšík, the latter of whom is alleged to be the head of a criminal organisation.

Nicholson’s connection with the case is a blog post he published in February 2013, called “Jaromír Čižnár and his non-prosecution surroundings”. Nicholson’s article features transcripts of a phone conversation between Jakšík and high-ranking police officer Jankovič, which contains references to the current general prosecutor, Jaromír Čižnár. The published transcripts led to Jankovič’s dismissal from his post as advisor to Kaliňák.

The investigator interviewing Nicholson wanted to know who provided him the transcripts. Nicholson refused to reveal his source, citing the Press Code, which grants journalists the right to protect their sources.

The police investigator subsequently asked Nicholson to prove that he is a journalist, by either providing a contract with a media organisation or an official paper that would confirm his occupation.

“In the almost two decades I’ve worked (and most of that time I also was employed) as a journalist in Slovakia, I’ve never felt the need to join any trade unions or professional association of journalists in order to legitimise my writing,” Nicholson wrote in a September 12 blog entry. “In my opinion the creature that keeps barking, walks on all four and hunts every cat that passes him by, doesn’t need a paper to prove he is a dog.”

The International Press Institute (IPI) was quick to respond to the news that Slovak authorities might doubt Nicholson’s status as a journalist, publishing an official statement saying “investigative journalist Tom Nicholson is a ‘journalist’ who is entitled to protection of information sources and content under Slovak and international law”.

Additionally, the IPI stated that any attempt to force Nicholson to disclose his source(s) would violate the country’s Press Code.

Slovakia’s Press Code, which was last amended in 2008, entitles journalists to protect their information sources, and even prohibits publishers of periodicals from disclosing the identity of a source of information acquired from a publication whose publisher promised to keep confidential.

The Press Code defines a periodical as a “newspaper, magazine or other publications issued under the same title with the same area of content and a unified graphic design at least twice in the calendar year”, the IPI noted in its statement, and, further citing the Press Code, stated that the obligation to protect journalists’ sources also applies to the publisher’s employees as well as to anyone who provides such information to the publisher “under a commercial or civil contractual relationship”.

The IPI maintains that Sme “is undoubtedly a periodical” and its obligation to protect sources extends to Nicholson “by virtue of his relationship with Sme, namely, the agreement pursuant to which he provides content for Sme’s online platform”.

The IPI further cited the European Convention on Human Rights, which protects the right to freedom of expression as well as the right to prevent the disclosure of information received in confidence.

“The IPI interprets this right broadly,” the organisation’s statement reads. “In our opinion, an individual such as Mr Nicholson – who has engaged in investigative reporting on a regular basis and continues to do so, who has publicly identified himself as a journalist for nearly two decades, and who has devoted his professional career to the practice of journalism – must be considered a ‘journalist’. As such, he is entitled to legal protections safeguarding the confidentiality of his sources.”

The Interior Ministry did not disclose their further plans in the case, as it could threaten the ongoing investigation, Sme reported.