THE STATE might throw life vests to small and medium-sized businesses to help them keep employees while navigating the continuing storm of the economic crisis in the form of cuts to payroll taxes and low-interest loans to help pay those taxes. 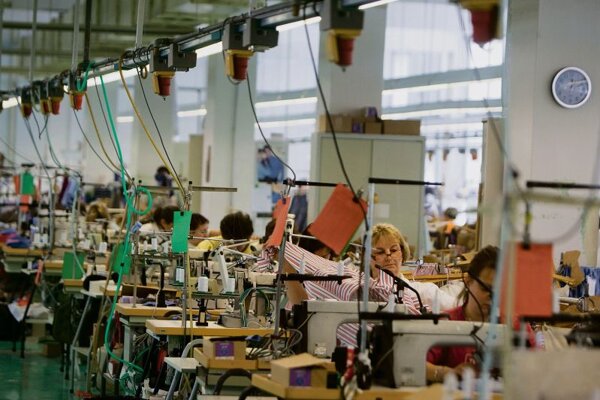 THE STATE might throw life vests to small and medium-sized businesses to help them keep employees while navigating the continuing storm of the economic crisis in the form of cuts to payroll taxes and low-interest loans to help pay those taxes.

Prime Minister Robert Fico’s government is considering cuts to payroll taxes for employers who take on people registered with the labour offices as jobless for more than one year.

The so-called payroll loan should help companies to cover payroll tax expenses in times of temporary economic hardship so that they are not forced to lay off their employees, according to the Finance Ministry. These tools still must be approved in parliament.

Slovakia’s unemployment rate hovers around 14 percent and while unions are “moderately optimistic” about the payroll loan, employers say that despite the good intentions the scheme has risks and should have come much sooner. They also suggest that a more flexible labour code could do more good.
Even critics of the plan admit unemployment needs governmental action, but it is the cut in payroll taxes, according to Ján Dinga, analyst with the Institute for Economic and Social Studies (INESS), that would have a wider reach.

“Healthy Slovak firms, which found themselves in trouble due to dropping demand for their products and services”, will be eligible for the payroll loan provided for three years, a Finance Ministry statement said.

If the firm preserves employment and pays off its outstanding debts on transfers to social and health insurers it pays on behalf of its employees while not incurring new debt, it will be eligible for state-subsidised interest rates, meaning the state would cover part of the interest rate on a bank loan.

Banks participating in the scheme would be chosen by what the ministry called a “transparent public tender”, while the state budget would cover only the subsidy for the interest rate of the loan and guarantee the loans. The ministry calculates that if within this programme loans worth €20 million are provided, over the course of three years state expenses would stand at €6 million. The ambition is to preserve 10,000 jobs.

“The total volume of payroll loans, which the firms might receive from a bank will equal to the maximum sum of annual payroll taxes that the employer pays on behalf of its employees,” Finance Minister Peter Kažimír said on September 16, when introducing the plan.

“Yet the payroll loan is not a very fortunate solution and it is questionable whether it would have a positive influence on employment at all,” Dinga of INESS told The Slovak Spectator, arguing that firms might take a loan to cover payroll taxes on employees they do not need. “They will have to pay off the loan in the future anyway even if at an interest rate subsidised by the state.”

The payroll loan does not reduce the wage costs for the firms, but only moves it to the future, according to Dinga.

Based on the scheme, the loan should go to firms which, after overcoming the difficult economic situation, would be able to pay it off and keep the employees, yet Dinga argues that the government does not have a crystal ball which could tell how some sectors of the economy will be doing in the future: “It is not possible to determine which company should get the loan and which should not.”

Dinga finds the payroll bonus, which, unlike the loan would have a larger scale and focus on all low-income employees, a more effective solution. Lower payroll taxes would reduce the overall wage costs of employers and thus the motivation to hire people would increase, he said.

Currently, employers pay on behalf of their employees 35.2 percent of their gross wage to social and health insurers, once the cabinet’s intention to introduce the payroll bonus is passed, the employer would pay only 1.05 percent of this wage in payroll taxes for one year on behalf of employees whom they hired from the ranks of the long-term unemployed, the SITA newswire reported.

The policy targets lower paying jobs and applies only to those earning a maximum of €536 per month, about 67 percent of the average salary in Slovakia.

“This is a constant which is being used in the whole of the European Union and we only adopted it,” said Labour Minister Ján Richter, as quoted by SITA.

President of the Federation of Employers’ Associations (AZZZ) Rastislav Machunka finds this particular measure positive even if he considers it non-systemic since it creates two categories of employees. Nevertheless, he told SITA that it can help bring the long-term unemployed back into the job market.

Trade unions see the payroll loan as a “significant motivation item for small and medium-sized businesses”, spokeswoman for the Confederation of Trade Unions (KOZ) Martina Nemethová told The Slovak Spectator. According to Nemethová, there was a similar state-funded project running between 2000 and 2003 to support small and medium-sized businesses with what she called “the mortality rate” of the supported project being lower than 6 percent, which makes KOZ “moderately optimistic”.

Nevertheless, KOZ sees potential problems with the banks that would actually provide the loans, saying that in the past they did not show an interest in a similar role due to what Nemethová called a “high level of administrative demand of providing the loan and the coverage of related operational costs”.

According to Nemethová, crucial conditions for the scheme to be successful are sufficient financial coverage, well defined scope and good management.

As for the payroll loan, the employers say that despite the good intentions of the scheme it also comes with considerable risks, including a negative impact on the state budget.

Thus, it is crucial that the criteria under which the project would be applied are correctly defined, Machunka told The Slovak Spectator. He sees the subsidised interest rate as a possible attraction for management and owners of companies “so that these get stabilised and survive on the market”.

“Since the project is intended for firms, which due to their economic results would not get a loan with banks under standard conditions, there is the risk of negative impact on the state budget as well as delaying bankruptcy or the restructuring of these firms,” Machunka said.

Nevertheless, after considering the crisis situation in the economy, Machunka assesses what he called a “non-standard project” positively and despite its risks, he says it is a suitable stimulus for the respective companies.

As for the €20 million to be invested into this project, Machunka said “we cannot realistically estimate whether all of this will be drawn effectively and how many firms it will not help and they will end in bankruptcy proceeding anyway”.

“However, in the case of almost 15 percent unemployment it is necessary to fight for every job and compared to investment stimuli for large investors to the ratio of created or preserved jobs, this is certainly not an extensive risk,” Machunka said.

Another employer interest organisation, the National Union of Employers (RÚZ), doubts that the scheme can compensate for what it called the negative effects of the new labour code, which they say has made both hiring and firing more complicated and costlier.

“This measure would have made sense if it came earlier and hand in hand with easing the labour code and additional measures to support the environment for the creation of new jobs,” Martin Hošták of RÚZ told The Slovak Spectator, adding that “this way it will hardly compensate the negative impacts of the Labour Code, changes in taxes and payroll taxes among others”.

As for the ambition of the state to preserve 10,000 jobs, Hošták said it is possible, however he added that “in Slovakia we have almost 400,000 people unemployed and the already mentioned Labour Code has deprived many more citizens of their jobs”.

Hošták objected that the measure has a limited effect, while “Slovakia needs flat measures covering the whole labour market”.

Jana Liptáková contributed to the report