AN OPEN-AIR aviation museum is in the works at the Slávnica airport, initiated by the enthusiasts from the Aeroklub Dubnica nad Váhom avionic club. 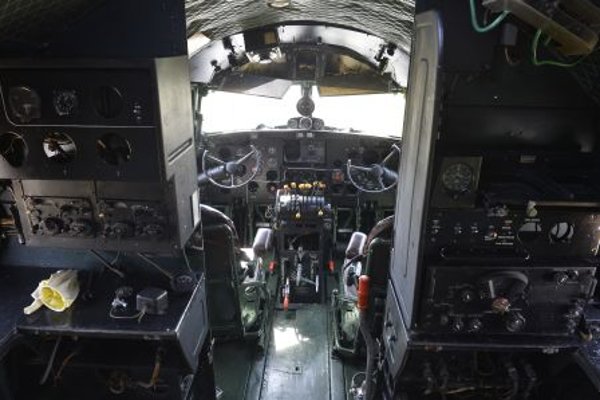 AN OPEN-AIR aviation museum is in the works at the Slávnica airport, initiated by the enthusiasts from the Aeroklub Dubnica nad Váhom avionic club.

The whole project started when the town wanted to scrap an old fighter plane. Instead, club members bought it and reconstructed it.

“Gradually, the Lisunov LI-2 from Nová Dubnica, which was also meant for scrap iron, was added – and then the things started moving,” Michal Stráňavský of the Dubnica aviation club told the TASR newswire. “Later, the Military History Institute lent us a MIG-21 from Piešťany airport and then we started to look for old airplanes ourselves,” he said. So far the biggest exhibit is a Tupolev 134 of former Czechoslovak Airlines which was retired after a bad landing.. Stráňavský said the group is working on reconstructing an AVIA AV-14 airplane which is one of the first models of Ilyushin 14s, produced locally under a license.

“We bought it from the Aeroklub Trenčín in a pitiful state and have been repairing it for two years already,” Stráňavský said. “We disassembled it, transported to Slávnica where we put it together, and have re-made the whole interior, cockpit and added devices.”

Although called a museum, there will be no admission fees for visitors who wish to see the planes.

“One can never earn money on this,” Stráňavský explained. “We have invested such an amount of resources this year that it is not even worth comparing, but we want to leave something palpable behind us. In spite of the security service being here 24/7, people keep damaging our planes constantly. I cannot understand this. I, for example, never come to a car trying to bend its rearview mirror.”

Stráňavský concluded that the primary goal is to repair all the planes they have at the airport, but the group also plans to acquire some more exhibits. Club members do not plan to have regular hours for visitors, but open them for public viewing during special organised events.

“It takes enormous amount of time and money,” Stráňavský said. “There are only few of us, and during the tours, we have to see that planes are not looted or damaged.”