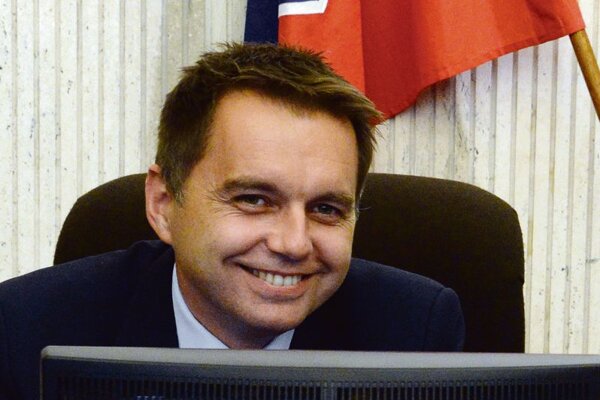 The Finance Ministry increased the estimate of annual collection of taxes and contributions from its June prognosis by €130 million on average between 2013 and 2015. The ministry ascribes the higher tax revenue forecast to the improved performance of Slovakia’s economy and the results of the fight against tax evasion.

“Apart from faster growth of Slovakia’s economy than originally expected, we are also succeeding in the fight against tax evasion,” Kažimír said, as cited by the SITA newswire. “The estimated VAT revenues for 2013 increase in this prognosis by €100 million, of which two thirds account for a higher success rate in collection. Our crusade against tax evasion is bringing results.”
The opposition sarcastically praised the improved VAT collection, adding that there is still a lot to do.

“It is good that Smer managed to moderately reduce VAT evasion, which has grown to a historical height during its current rule,” Miloš Moravčík, deputy chairman of the Christian Democratic Movement (KDH), said when responding to the new prognosis. “Alas, it is still higher than it was in 2011.”

Based on the Finance Ministry’s latest prognosis, published on September 26, tax and contribution revenues should be higher by €132 million in 2013. Of this sum, improved tax collection should bring in €44 million, and better macro-economic indicators should increase tax revenues by €89 million.

Slovakia has so far adopted half of the measures from the action plan of the fight against tax evasion, which the Robert Fico cabinet adopted in May 2012. These measures focused especially on combating value added tax fraud, and have begun to bear fruit. The ministry reports an improved success rate in VAT collection, which had decreased for several consecutive years.

“After a several year long continual decline in the success rate of the [VAT] tax we have bounced from the bottom and its collection has been improving from the spring of this year,” said Kažimír, as cited by the TASR newswire. “We already halted the fall of the effective tax rate during the first half of 2013 and thus we have improved the effectiveness of VAT collection by €120 million this year.”

The news about improved tax collection arrives on the heels of a recent VAT gap study conducted by the European Commission, placing Slovakia fifth worst in the EU behind Romania, Latvia, Lithuania and Greece. In 2011, an estimated €2.77 billion, or 4 percent of GDP, slipped through the net of Slovakia’s value added tax collection. Based on extrapolations from GDP statistics, the state had expected to collect €7.5 billion in VAT but then found only €4.7 billion.

The study, revealed on September 19, shows a marked upward trend in the VAT gap in many member states since 2008 in correlation with the economic crisis. Spain, Greece, Latvia, Ireland, Portugal and Slovakia, in particular, are noted as countries which are part of that trend.