New challenges to auditing and auditors 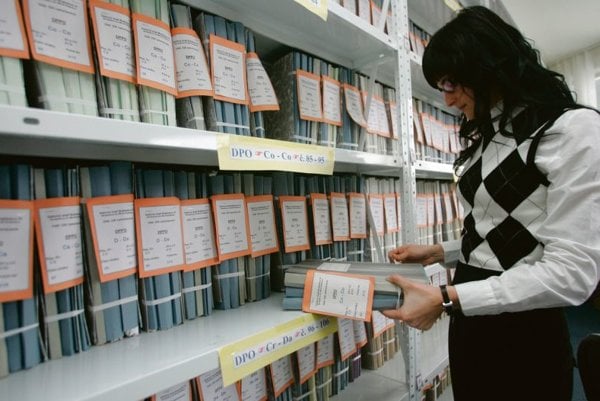 The Slovak Spectator spoke with Ján Bobocký, senior manager for energy and resources and audit at Deloitte in Slovakia; Larry Human, partner at Deloitte in Slovakia; Luboš Vančo, managing partner of KPMG in Slovakia; Bart Waterloos, partner of VGD - AVOS Bratislava; and Peter Pašek, managing director of Accace, about the challenges of the auditing market, the impact that changes in corporate and payroll taxes have on tax strategies and whether the auditing profession is still attractive.

The Slovak Spectator (TSS): What are the biggest challenges players on the auditing market face locally as well as globally?
Ján Bobocký (JB): The biggest challenge is change. The profession has changed dramatically during the last decade. Risks and volatility of financial markets are at their highest, and investors and the public request that audit reports contain not only independent and objective, but also timely and meaningful information about financial statements of corporations. The volume in pages of international financial reporting standards has tripled in the same time and, thus, the length of financial reports. However some argue that the form of the audit reports remained a compilation of boilerplates.

The corporations themselves and especially chief financial officers whose role gained more importance in years of crisis seek guidance, recommendations or advice from their auditors. This area is however strictly monitored by regulators who seek to protect independence and penalise conflicts of interests. Enron-type cases in the early 2000s and later on, the fall of banks in the global financial crisis in 2008-9 also put the spotlight on the role of auditors. This is good as it demonstrates the importance of the role of auditors in the eyes of markets, industries and the public. You need to remember that the mission of the audit profession is serving the public. Audit opinions should provide trust to investors about what they see in the financial statements or annual report. However, the latest attempt to increase the quality of audit services by increasing competition by breaking the Big 4 monopoly appears to have similarities with energy industry reform in the EU. Whilst the results of the energy market reform are already visible, the impact on the audit profession is still open.

Besides these global challenges the strong local challenge is pressure on audit fees. Despite the fact that regulation, the complexity of the business environment and accounting rules make auditors spend more time, many companies expect audit fees to be less than the year before. This could create in the mid to long term a lack of talent, which may be multiplied by factors like demography as well. The average age of a licensed auditor in Slovakia is relatively high. Students finishing university in the coming years were born in the 1990s, when the birth rates were low and impacted by the turnaround from a planned economy to a market oriented economy. The competition to employ the best talent will increase for audit firms as well as for any other business.

Luboš Vančo (LV): The biggest challenges locally and globally are increasing regulation and drastic cost competition.
Bart Waterloos (BW): There is always a challenge of attracting the best and brightest young people to our profession. Following all the scandals and the huge responsibility, it is not easy to make students enthusiastic about joining our profession. Furthermore, it is the increased importance on documenting and justifying our audit process which causes us to spend more time on admin and less on serving our clients.

TSS: Have changes in corporate and payroll taxes influenced tax strategies of businesses in Slovakia and if so, how?
Larry Human: The vast majority of businesses in Slovakia do not have a specific strategy aimed only at lowering their effective tax costs. Paying more, or less, tax is usually a consequence of a change in strategic direction driven by underlying economic issues, and tax is usually not the primary driver. That being said, most successful businesses are rightfully interested in decreasing their tax burden as much as is legally possible. In our experience, the recent increases in corporate and payroll tax rates have not led to a significant increase in more aggressive tax structuring, but have rather led to companies postponing new investments or planned expansions due to a decrease in profitability caused by, among other factors, the increase in overall payroll tax and social security costs.

LV: Changes in tax legislation always have a certain impact on business strategy. These changes in recent years had a bigger impact on small businesses and entrepreneurs rather than on big companies. We can observe increasing changes in legal forms of the businesses in order to save some tax and social insurance costs.

BW: Certainly we see that expansion plans are being reconsidered and slowed down. Slovakia has lost its ‘tax-appeal’ following the increases in corporate tax, the health care contribution on dividends and others.

Peter Pašek: A higher insurance burden for employees working based on alternative employment contracts resulted in a marked drop of the use of this form of employment among our clients. On the part of corporations, an increase in the tax burden to 23 percent during 2013 was reflected in a higher demand from clients for assessing their transactions with non-resident related parties upon movement of a part of functions and risks from mutual business transactions from the Slovak Republic to foreign countries, mainly to countries with a lower tax burden.

TSS: The Slovak Chamber of Auditors (SKAU) has reported declining interest in auditing jobs in Slovakia. Does the SKAU’s observation correspond with your experience? How has the position of auditors changed over the last five years and what are the factors behind this change?
JB: Our experience is that an auditing job is still attractive to students. It would be interesting to compare the overall drop with the number of graduates leaving economics universities. What is more important is to respond to the changing preferences of current young people in order to properly motivate and reward the best talent.

LV: The increased cuts to audit fees leads to a situation where the salaries in the profession stagnate or go down. This might lower the attractiveness for the best talent which should enter the profession.

The far biggest change is regulation. Before 2008 the audit profession was self regulated. Since 2008 the new oversight bodies in Slovakia and other EU countries were created. This changed the responsibilities of the chambers of auditors significantly.

BW: It is indeed not easy to find the right people, but until now we have managed to attract bright and smart assistants. Personally, I think that the outflow of auditors might pose a problem as well. There is a significant group of auditors that is over 60 years old. Can they still cope with all the latest technologies and requirements for ISA-based audits? For many companies the audit has become just another commodity that you can buy easily on the market and thus also shop around for cheaper offers. We notice that the long-term relationships between company and auditor that are custom in Germany and Belgium are challenged more often in Slovakia.