THE KONVERGENCIE music festival, known for erasing the borders between classical music and other genres, also serves to span the border between summer and autumn. As its 14th year started and ended in St Martin’s Cathedral in Bratislava, organiser – and performer – Jozef Lupták said that this is symbolic of both events, with their slowed pace, aimed at self-reflection. 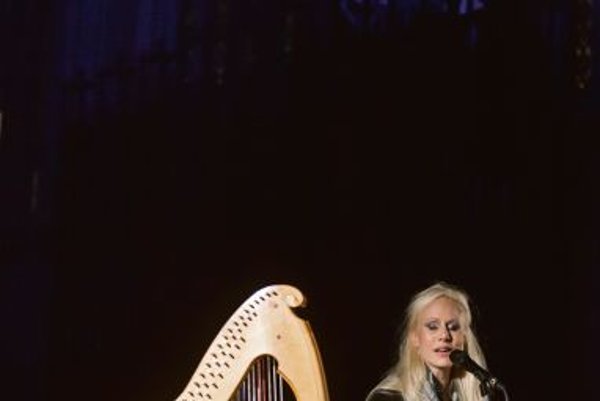 THE KONVERGENCIE music festival, known for erasing the borders between classical music and other genres, also serves to span the border between summer and autumn. As its 14th year started and ended in St Martin’s Cathedral in Bratislava, organiser – and performer – Jozef Lupták said that this is symbolic of both events, with their slowed pace, aimed at self-reflection.

“Unlike last year, which brought solo recitals, this year we instead focused on a dialogue between musicians, so most of the concerts are duets,” Lupták told The Slovak Spectator. “One evening is dedicated entirely to duets, and this can also be seen in the rest of programme.”

The week of concerts and events between September 15-22 offered something for everyone. The evening of September 19, subtitled DUO x 3, opened with Reflective, featuring a quite unusual musical couple: accordionist Boris Lenko and percussionist Štefan Bugala. But as Lenko wrote in the catalogue, they did not meet just because of the instruments they play.

“Štefan is a jazz musician with classical overlap, I am the opposite,” Lenko wrote. “We could both quickly hear new possibilities, new music, in our minds and ears.”

The evening continued with Jazzology.sk, featuring trumpet player Juraj Bartoš and pianist Ľuboš Šrámek. Things culminated with the D’amore programme in which the UK’s Garth Knox, playing on viola and viola d’amore, and French cellist Agnes Vesterman performed a dialogue between old and new music. Knox began with a piece by baroque composer Marin Marais Folies on the viola d’amore, a historical string instrument with two sets of strings, one playing set and one so-called sympathetic set, located below the main strings. These are not played directly but vibrate in harmony with the notes played. This was followed by contemporary pieces composed by Kaija Sariaho, Matthias Pintscher and Knox himself. The rest of the evening was dedicated to love songs by English composers and Knox’s piece Malor me bat, based on a song published in 1500 by Johannes Ockeghem.

The festival specialises in introducing facets of chamber music, but for several years it has also tried to revive old legends of Slovak rock music. Those were usually coherent projects, like the resurrection of the legendary band Collegium Musicum, or last year’s project Zelená Pošta (Green Post) which was the first live performance of a 1972 album by Collegium Musicum, after the release of which Pavol Hammel, Marián Varga and Fedor Frešo parted ways.

This time, the September 21 concert instead commemorated late musician and film-maker Dežo Ursiny. Ursiny – whom Lupták called “a lone runner” – died in 1995. He began his musical career singing in English (influenced by British rock bands of the 1960s), but later switched to Slovak. After he found an equal partner in Ivan Štrpka, who wrote lyrics for his music, the songs began to be more sophisticated, more intellectual and introverted, while still melodic. Although he did not perform often and did not go on legnthy tours, his music influenced several generations of Slovaks – and not only the musicians who came to play his work and who openly admitted his impact on their creation.

“I have listened to his music, perceived it since my childhood,” Lupták confessed. “And I have dreamed about commemorating him; so we used the fact that his son Kubo now sings his music with his project called the same as his father’s band, Provisorium.”

Lupták, who plays cello, added that he is also happy about the chance to play Ursiny’s pieces adapted for four cellos by composer Peter Zagar.

The evening of September 21 started with the Karpatské Chrbáty band, led by Braňo (aka Braňuško) Jobus, playing their own compositions, as well as those of Ursiny. They were followed by Marián Varga with his psychedelic take on music – “the only one of us who really played with Ursiny during his life”, as Lupták said at the concert. The transition from the brutal, simple rock of Karpatské Chrbáty to the refined version by Cellomania (Lupták, Jozef Podhoranský, Eugen Prochác and Ján Slávik; joined for one song by accordionist Boris Lenko and pianist Peter Zagar) was thus softened by Varga’s unique music, which itself breaks all barriers between classical music and the more “profane” genres.

And then came “the reincarnation of Dežo’s music”, as musicologist - and member of Provisorium - Marián Jaslovský wrote in the festival programme. “We selected the pieces [for the concert] without any clue,” Kubo Ursiny said for The Spectator. “We simply decided to play the things we like. The fact that our band has seven members just like the original Provisorium was a big help. We started with the latest compositions, but after some “archaeology”, we ended with songs from the Modrý Vrch – Blue Hill album.”

Their gig found a big response with audiences who stayed in spite of the bitter cold. The only disadvantage for a non-Slovak speaker might have been missing out on the truly great Slovak lyrics.

The next day’s concert served up a different cup of tea. Norwegian singer Susanna Wallumrod performed, together with “a truly European band” – harpist Giovanna Pessi, Jane Achtman on viola da gamba and Marco Ambrosini on nyckelharpa. They performed the works of British Baroque master Henry Purcell, well-known contemporary songsters Leonard Cohen and Nick Drake, as well as Wallumrod’s own compositions from the If Grief Could Wait album. The solemn, meditative concert took place in the packed cathedral. One could have heard a pin drop amid the silence and rapt attention of the audience.

“This is probably the first time that AC/DC has been played in this cathedral,” Wallumrod noted, and he was surely right.

Lupták went on to call Wallumrod “a singing star... with a very interesting voice timbre oscillating somewhere between classics and an interesting alternative, almost defying any definition”.
“She reminds me of Bjork,” he continued. “Her voice enchanted me, as well as the fact that she writes music herself, also adapting, for example, Cohen’s music in an old, even Baroque style.”
The week’s final evening served to cool things down, marking also the end of the summer season.