'A lot of movement' in Bratislava

THE MODERN dance festival Bratislava in Movement has become a well-established part of the local dance scene. In recent years, the festival was either condensed into a single week – in June or in autumn – or, like last year, split into separate spring and autumn editions. 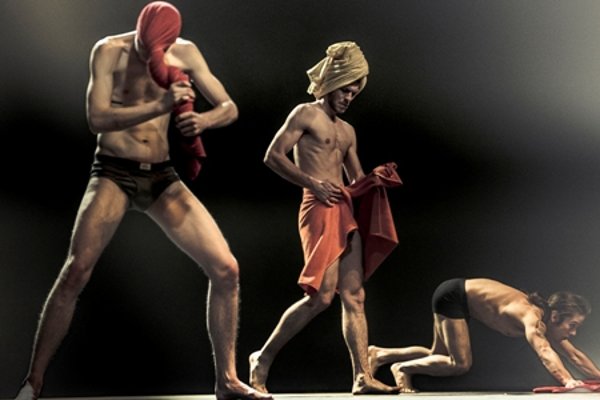 THE MODERN dance festival Bratislava in Movement has become a well-established part of the local dance scene. In recent years, the festival was either condensed into a single week – in June or in autumn – or, like last year, split into separate spring and autumn editions.

“Compared to the last few years, we opted for a fundamental change this year,” festival director Miroslava Kovářová explained in a press release. “Instead of a spring one and an autumn one, we squeezed the programme into one month. However, we didn’t want people’s interest to dwindle, and so the festival will take place over three weekends. I have come to like the idea more and more. I firmly hope to lure more people to the theatre. From the point of view of dramaturgy, we organised the programme so that every weekend is different and I believe that it will be a nice change for the audiences,” she concluded.

The festival takes place between October 5 and 28, on the stages of four theatres. Foreign guests include renowned choreographers and dancers, like Belgian Wim Vandekeybus (Ultima Vez: What the Body Does Not Remember), Spanish Teresa Nieto (Teresa Nieto Company: Petí Comité), Slovenian Iztok Kovač (EN-KNAP: Ottetto), and two Czech productions: String Quartets, choreographed by Martin Dvořák and Isira Makuloluwe, and Jezdci / Riders (Lenka Vágnerová & Company) choreographed by Lenka Vágnerová.
The final staging of the festival, Bastard (The Painted Bird – Part I), choreographed by Pavol Zuštiak and performed by Palissimo Company, which includes Zuštiak and dancer Jaro Viňarský, represents a bridge between the foreign and domestic productions, as it was made by a Slovak now living and working in New York. The piece has been nominated for the reputable Bessie Awards (The New York Dance and Performance Awards).

Slovak shows include two premieres: Traja (Three) is a joint work by choreographers Lukáš Timulák, Boris Nebyla and Mário Radačovský, who have in common the fact that they have all worked abroad, and thus acquired “a view from outside”; and the piece, From Side of a Man From Side of a Woman, choreographed by Jozef Fruček, is a premiere of the Theatre Studio of Dance in Banská Bystrica. Other Slovak productions are Fuga by elledanse (choreographed by Lucia Holinová) and Epic by Debris (choreographed by Stanislava Vlčeková).

The festival is traditionally completed by a Dance in the Streets, aimed at luring passers-by to join in the festive improvised dance (and maybe also to come to a dance performance); Impro Jam, featuring live music for both professional and amateur dancers; and two dance workshops.

Spread comfortably over three weekends, the festival enables both dance connoisseurs and those who just want to sample a bit of contemporary dance to select from various productions according to individual taste. More updated and detailed information can be found at abp.sk.