HEIRS of Czech businessman Jan Antonín Baťa, who once oversaw the Baťa shoe company’s global empire, will seek compensation from the Slovak government for property confiscated in the wake of the Second World War as part of the infamous Beneš Decrees – assets some have valued at €1 billion. 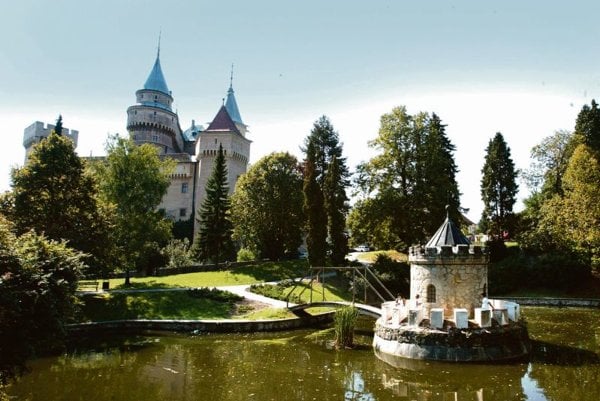 HEIRS of Czech businessman Jan Antonín Baťa, who once oversaw the Baťa shoe company’s global empire, will seek compensation from the Slovak government for property confiscated in the wake of the Second World War as part of the infamous Beneš Decrees – assets some have valued at €1 billion.

In April, a Bratislava district court exonerated Baťa of wrongdoing and cancelled a 1947 court ruling that sentenced him to prison and ordered the forfeiture of assets. Since then, the family has considered pursuing compensation for the assets seized in 1947. An attorney representing the family has valued assets in Slovakia at €1 billion. The family owned factories in Partizánske, which was known as Baťovany or Baťa Town until 1949, Svit, Nové Zámky and Bošany, as well as a set of other properties including the famed Bojnice Castle. Much of the property was owned by the company rather than Jan Antonín Baťa personally.

The Slovak Finance Ministry has confirmed they expect a case in the coming months. Robert Sciegel, an attorney for the Baťa family, declined to comment on specifics.

“We’re actually collecting documents for our actions in Slovakia, and collaborating with a local Slovakian legal office on this,” he told The Slovak Spectator. “As soon as our clients approve the steps and give us the go-ahead, we will get in touch with the Finance Ministry and media.”

Czechoslovak President Edvard Beneš signed the so-called Beneš Decrees leading to the confiscation of property of ethnic Germans and Hungarians as well as anybody deemed a Nazi collaborator or trader. Jan Antonín Baťa fled the country to Brazil in 1941 and was branded a traitor in the aftermath of the war. In the years since, documents have demonstrated the Baťa company helped finance the Czechoslovak government in exile in London and the anti-Nazi resistance.

In both Slovakia and the Czech Republic, the Beneš Decrees remain law. Any number of aggrieved parties have attempted, and failed, to reacquire property confiscated in the wake of the war. Both the Slovak and Czech governments tread lightly over the issue out of fear of potential compensation claims. In signing the European Union’s Lisbon Treaty in 2007, Czech President Václav Klaus demanded an exemption from a fundamental rights provision, citing the potential that it would open his country to billions of euros in claims before the European Court of Justice.

That same year, as a nod to coalition partner the Slovak National Party, Prime Minister Robert Fico’s government passed a motion reiterating the “inviolability” of the Beneš Decrees.

Much like the Bratislava district court earlier this year, a Czech court similarly exonerated Baťa in 2007. This led to a number of compensation claims by the family. Most recently, Brazilian citizen Dolores Liljana Baťa Arambasic, an heiress, lost her case after the Czech Constitutional Court rejected her claim in December 2012. Other cases are still pending, though disputes within the family have sidetracked efforts in the past.

Jan Antonín Baťa was a half-brother of Tomáš Baťa, the founder of the shoemaking empire. The company now has a presence in 70 countries worldwide and is said to have produced 14 billion pairs of shoes. When Tomáš Baťa died in a plane crash in 1932, Jan Antonín Baťa took up his position in the firm. The Czechoslovak National Court judged him a traitor and collaborator and his firms were nationalised. He died in Brazil in 1965.