Fico: Gas prices will not go up

HOUSEHOLDS need not worry about rising gas bills next year, as these will remain unchanged. This news did not come from the management of the major natural gas utility or the national regulator, but from Prime Minister Robert Fico, who convened a special press conference to make this announcement. 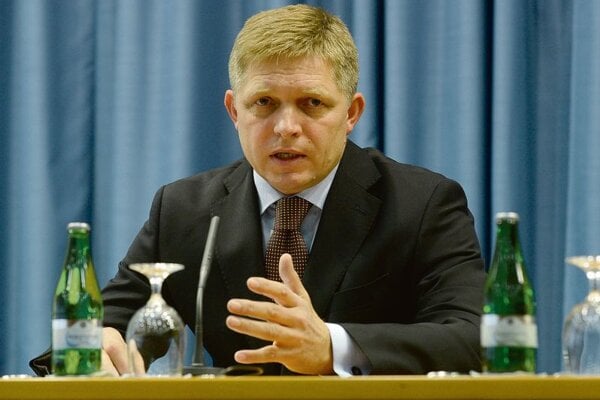 HOUSEHOLDS need not worry about rising gas bills next year, as these will remain unchanged. This news did not come from the management of the major natural gas utility or the national regulator, but from Prime Minister Robert Fico, who convened a special press conference to make this announcement.

“I want to announce that the SPP parent company, of which the state is just obtaining 100 percent, instead of proposing a hike of gas prices for households by 26-30 percent for 2014, is taking a path of protection of households,” Fico said on September 30, as cited by the TASR newswire. “The SPP parent company proposes the same price as in 2013.”

The Office for Regulation of Network Industries’ (ÚRSO) will now have the final word over gas prices when it issues a verdict within one month. But as its head Jozef Holjenčík assumed the post during the first Robert Fico government and as the two are regarded as having close ties, no changes are expected even though current household gas prices are generating a loss for SPP.

The natural gas distribution network in Slovakia is dense, with people using gas to heat their homes and water. Thus, keeping gas prices unchanged can be seen as state support for households.

“First off, highly confidential talks with the [Russian] Gazprom are underway regarding better conditions in the long-term gas supply,” said Fico. “Corrections in the contract will enable us to eliminate the mounting losses of Slovakia’s gas utility SPP from the sales of gas supplies to households. Secondly, since we will control the SPP parent company, we will proceed with corrections in the gas storage agreement by next year, as there is room for reducing gas storage costs,” said Fico.

SPP controls over 80 percent of the market of natural gas for households. Even though SPP will not increase gas prices next year, it is losing clients, including state ones, to alternative gas suppliers offering cheaper gas.

According to Daniel Lipšic, independent MP and leader of the extra-parliamentary New Majority-Agreement (NOVA), there are several other state institutions buying cheaper gas from alternative suppliers: railway companies Cargo and ŽSR, the Foreign Affairs Ministry, a data centre of the Finance Ministry, and others.

In Slovakia gas prices for households and small and medium-sized consumers are regulated by ÚRSO. Prior to a gas price hike, the utility has to ask ÚRSO whether it can do so. Previous minority owners of a 49 percent stake in SPP with managerial control, E.ON Ruhrgas and GDF Suez, asked several times for a gas price increase, but failed.

Earlier this year, EPH, controlled by Czech entrepreneurs Daniel Křetínský and Petr Kellner and Slovak financial group J&T, bought a 49-percent stake in SPP with managerial control for €2.6 billion from its foreign shareholders E.ON Ruhrgas and GDF Suez. They promised not to increase household gas prices in 2013. The remaining 51 percent is managed by the National Property Fund (FNM). In September the Slovak government agreed with EPH to take control over the remaining 49 percent as well as part of SPPcs debt. EPH will continue to control 49-percent stock in profitable SPP subsidiaries SPP-distribúcia, which manages the country’s gas distribution network, and Eustream, the natural gas transporter and operator of the transmission system in Slovakia.