THE DRG, or the diagnosis-related group, is a reimbursement system for in-patient care that Slovakia is implementing to motivate hospitals to increase effectiveness, and which should bring more transparent distribution of sources by health insurers. Although the Health Ministry has revealed the list of over 20,000 health-care procedures, a key document for implementing the new system, there is a long way to go before the system starts working in Slovakia. 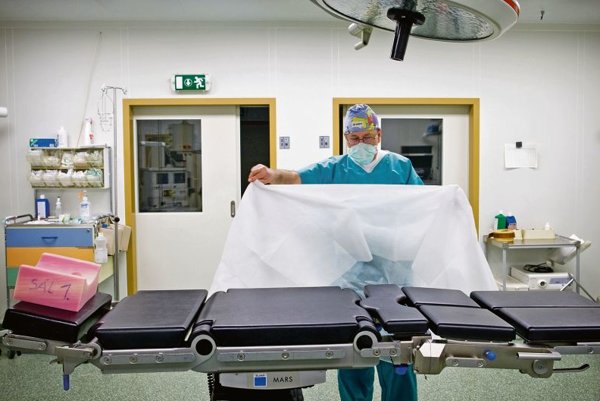 THE DRG, or the diagnosis-related group, is a reimbursement system for in-patient care that Slovakia is implementing to motivate hospitals to increase effectiveness, and which should bring more transparent distribution of sources by health insurers. Although the Health Ministry has revealed the list of over 20,000 health-care procedures, a key document for implementing the new system, there is a long way to go before the system starts working in Slovakia.

“The most significant benefit expected from introduction of the DRG system for the whole health-care [system] is fairer re-distribution of money from public health insurance based on performance of individual hospitals, while diagnoses of patients and financial demands of their treatments will be taken into consideration,” Health Ministry spokesperson Zuzana Čižmáriková told The Slovak Spectator. “Transparency during payments for a hospitalised case will increase as the reimbursement is defined by clear rules and managers of hospitals will get an objective tool to compare and manage individual departments of hospitals.”

Hospitals welcome introduction of the new system too.

“The DRG system will enable measurement of production of hospitals, because diagnostic-therapeutic activity will become comparable and transparent,” Jozef Valocký, the president of the Association of State Hospitals (AŠN), told The Slovak Spectator. “It will help to optimise economic management of hospitals.”

For the time being, insurance companies pay hospitals for so-called ‘completed hospitalisation’, yet this payment does not take into consideration the medical and economic demands of the treatment provided. This means that the reimbursement for the same treatment of the same diagnosis may differ in individual hospitals.

The new system should eliminate this, as reimbursements will be calculated based on the list of health-care treatments and their costs. It enables the classification of hospitalisation cases according to diagnoses, diagnostic and treatment procedures into groups with similar clinical courses and similar costs. Slovakia is working on the new system with Germany and adapting its system to meet its own conditions.

In late August the Health Ministry revealed the list of over 20,000 health-care procedures, elaborated by the Centre for the DRG Classification System at the Health Care Supervision Authority (ÚDZS). It is based on the International Statistical Classification of Diseases and Related Health Problems. Čižmáriková specified for The Slovak Spectator that the regulation to set up the list underwent inter-departmental review and that for the time being objections raised during the review are being implemented. She did not specify when the list will become effective. The plan is to update the list annually.

The implementation of the new reimbursement system in Slovakia is lagging behind the plan by several years. Čižmáriková attributed the delay to the previous government and its unrealistic plan for implementing it. The Slovak cabinet adopted the plan to implement the DRG system on July 6, 2011. In December 2011 representatives of ÚDZS and German Institut für das Entgeltsystem im Krankenhaus (InEK), the German Institute for the Hospital Remuneration System, signed a three-year contract on cooperation and implementation of the new Slovak DGR system based on the German one. The plan was to put the new system into operation for data collection at the beginning of 2013, with reimbursement based on the new system planned to start at the beginning of 2014. The current plan is to have the new system operating in 2016.

Health insurers believe that the new system will increase transparency and effectiveness of money spent on health care.

“We are the only country in the EU which has not implemented the DRG system yet; thus we support efforts to implement it as soon as possible,” Monika Šimunová, PR specialist at the Dôvera insurance company, told The Slovak Spectator.

The state-owned Všeobecná Zdravotná Poisťovňa (VšZP) believes that the DRG system will bring to the health-care sector a fundamental change in remuneration for provided health care.

“This system is regarded in the world to be one of the most objective remuneration mechanisms and it will contribute to fairer and more realistic re-distribution of money because the more demanding medical treatments will be remunerated by a higher sum,” Petra Balážová, spokesperson of VšZP, told The Slovak Spectator. “We see the benefit in the fact that the health insurer will be able to direct more money into those medical facilities which provide health care, which is more demanding from the medical point of view and thus they have higher costs.”

Health insurer Union points out that the list does not yet include prices of all medical procedures and, thus, a lot of work still has to be done in price calculations based on economically justified costs, Union spokesperson Judita Smatanová told The Slovak Spectator.