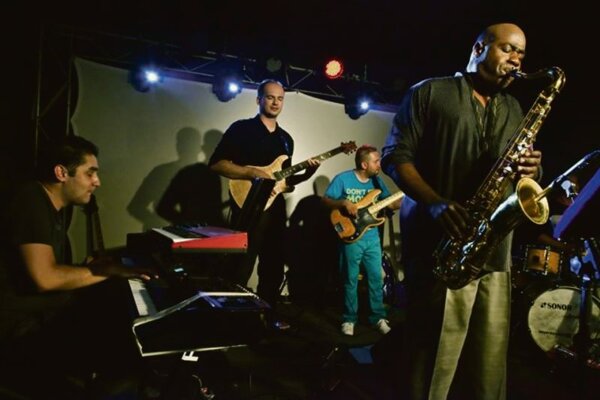 Bratislava
CONCERT: SLOVAK jazz-funk band Finally (Eugen Botoš, Róbert Vizváry, Martin Koleda) will play with Sheldon Reynolds (formerly of Earth, Wind & Fire) on October 7 at 20:30 in the Nu Spirit Club in Šafárikovo Square 7 in Bratislava. Finally will present their latest double-album, Final Definition, at the concert. Tickets cost €8 (in advance) and €10 (at the site). More information at 0905/865-566 or www.nuspirit.sk.

Bratislava
EXHIBITION: Ave Mária; Mariánska; ikonografia v zbierkach, GMB – Ave Maria; The Marian Iconography in the GMB Collections – This project, presenting works depicting the mother of Jesus from the Bratislava City Gallery has two parts: in the first part, visitors learn about stories from the life of the Virgin Mary, and in the second, about their various visual forms and perceptions.
Open: Tue-Sun 11:00-18:00 until Nov 3; Mirbach Palace of the Bratislava City Gallery, Františkánske Square 11. Admission: €2-€4. Tel: 02/5443- 1556(-8); www.gmb.sk.

Bratislava
EXHIBITION: SIAL - The Association of Engineers and Architects of (the Czech city of) Liberec presents the legendary period of a special grouping of architects that produced progressive designs and ideas in 1960s, before being oppressed and silenced by the communist regime in Czechoslovakia.
Open: Mon- Fri 11:00-17:00, until Oct 18; Union of Architects of Slovakia, Balassa Palace, Panská 15. Admission: free. Tel: 02/5443-1078; www.sasarch.sk.

Nitra
EXIBITION: THE EXHIBITION of costume and stage designer Eva Farkašová runs parallel to the Divadelná Nitra theatre festival in the Nitrianska Galéria in Župné Square 3 in Nitra. Until October 13, visitors can get to see her work for not just Slovak, but also Polish and Czech theatres, including models of some stages used in plays and a film documenting her work. The gallery is open Tuesdays to Friday, 10:00-18:00 and weekends between 13:00-18:00. Tickets cost €0.50-1.50. More information at www.nitrianskagaleria.sk.

Zvolen
EXHIBITION: Otvorený Depozitár – F.X. Messerschmidt: Charakterové Hlavy / Open Depository - F.X. Messerschmidt: Character Heads – The unique set of torsos by Franz Xaver Messerschmidt, called Character Heads, are so expressive that they defy comparison with anything else at the time they were made, in the 18th century. Their castings are exhibited in the Slovak National Gallery in Zvolen.
Open: Wed-Sun 10:00- 17:30 until Nov 17; SNG Zvolen, SNP Square 1 (1st floor). Admission: €2. Tel: 045/5321-903; www.sng.sk.

Košice
LIVE MUSIC: Pascal Pinon – The two Icelandic sisters, Jófridur and Ásthildur, will give two concerts (singing in both Icelandic and English), one in Bratislava and one in Košice as part of the NouveauNu.Night project. Icelanders will be supported by the local band Longital.
Starts: Oct 11, 19:30; Kasárne Kulturpark, Kukučínova 2. Admission: €5. Tel: 055/6805-4299; www.kulturpark.sk.