PATIENTS in Slovakia are most satisfied with medical facilities specialising in cardiovascular and oncologic diseases, but are the least happy with small hospitals administered by self-governing regions and municipalities, the results of a recent survey by state-run health insurer Všeobecná Zdravotná Poisťovňa (VšZP) show. 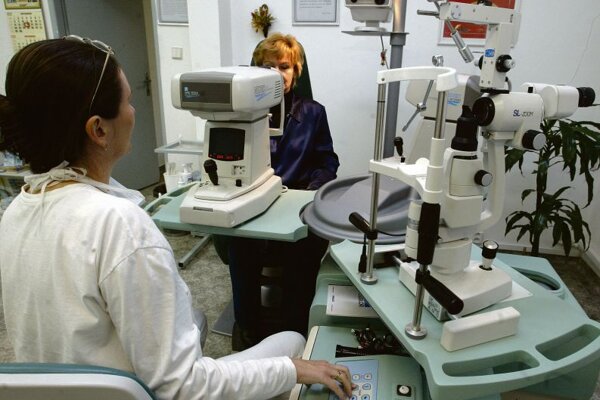 PATIENTS in Slovakia are most satisfied with medical facilities specialising in cardiovascular and oncologic diseases, but are the least happy with small hospitals administered by self-governing regions and municipalities, the results of a recent survey by state-run health insurer Všeobecná Zdravotná Poisťovňa (VšZP) show.

The health insurer asked patients to evaluate the quality of 81 hospitals and the care they received. Based on their responses, the non-state clinic Kardiocentrum Nitra topped the list, followed by the National Oncologic Institute in Bratislava, which is partly financed from the state budget, and Vojenské Zdravotnícke Zariadenia – Nová Polianka, a joint-stock company operating under the Defence Ministry.

On the other hand, patients were the least satisfied with local hospitals in Rožňava, Galanta and Michalovce. Yet, these hospitals question the validity of the survey, saying that VšZP received only a small number of responses. Analysts say a lack of finances might also be a problem.

Health insurers in Slovakia have had to publish regular evaluations of hospital quality since 2009. Patient satisfaction with hospitals is an important factor health insurers take into consideration when signing agreements with hospitals, VšZP spokesperson Petra Balážová explained.

“Based on the published level of the specific indicator, the policyholder can also decide which hospital or doctor he will choose,” Balážová told The Slovak Spectator.

This year VšZP surveyed 10,100 clients who were in hospital last year, about 28 percent of whom responded, around 3,000. Patients were asked about their level of satisfaction with the behaviour and attention of the doctors and nurses and the information they received on examinations and illnesses, as well as the quality of the accommodation, food, cleaning services and medical treatment.

Similar to previous years, patients praised the doctors and nurses, but criticised the food and accommodation, Balážová said.

Analysts say that money could have an impact on the results. If the hospital appears to be in poor condition, or lacks the funds for better food and staff, then patients are less satisfied, Tomáš Szalay, analyst with Health Policy Institute, told the Sme daily.

Some hospitals question the results

The National Oncologic Institute in Bratislava, which placed second with 90 percent, welcomed the results. The institute’s employees try to treat their patients very sensitively and professionally, the institute’s spokesperson Viktória Vasilenková told The Slovak Spectator. They also try to make the environment more comfortable by decorating the rooms and corridors with paintings, mosaics and sculptures, she added.

Most hospitals fully operated by the state did not receive good results, with none of them making it into the top 10. Two teaching hospitals even placed among the lowest ranking facilities. Managers of state-run hospitals know where their weak points are, and they also understand their placement on the list, Health Ministry spokesperson Zuzana Čižmáriková told The Slovak Spectator.

The hospital in Rožňava finished last, scoring only 46 percent. Its current administrator, the company Svet Zdravia, which belongs to the Penta financial group, says that one of the reasons for the hospital’s low evaluation was the poor financial condition in which they acquired it. The year 2012 saw a lot of revitalisation and economic stabilisation, Svet Zdravia spokesperson Zuzana Gajdošíková told The Slovak Spectator. She added that improving the quality of health-care treatment and the environment in hospitals is “a long-distance” run.

Ján Stratinský, executive director of the hospital in Galanta, which was ranked at 48 percent, said that the hospital achieved the “standard” level in nearly all of the evaluated indicators. Yet, some of them, which he considers to be subjective, lowered its score. The hospital has bought some new equipment, but the condition of the building is not good, although they are trying to get funding for its reconstruction, he added.

Despite its current position, in the survey evaluating the quality of maternity hospitals, carried out by Health Policy Institute and Rodinka.sk website, the hospital placed third in the category of services, Stratinský told The Slovak Spectator.

Both Stratinský and Gajdošíková question the survey’s information value, citing a low number of responses. They also said they will conduct their own evaluation of patients’ satisfaction.

Meanwhile, private health insurer Dôvera published the results of a survey about patients’ satisfaction with teaching hospitals in Slovakia. The Children’s Teaching Hospital and Policlinic in Banská Bystrica received the best evaluation, while the Teaching Hospital in Trnava placed last. The highest ranking general hospital was Hospital Košice-Šaca, with the worst being the Hospital and Policlinic in Myjava. Kardiocentrum Nitra received the best evaluation in the category of specialised medical facilities, with the worst evaluation going to the Children Psychiatric Sanatorium Hraň, the SITA newswire reported on October 8.

Dôvera sent questionnaires to nearly 18,000 clients. It compiled the list based on about 5,400 responses, or 30 percent, SITA wrote.