ENERGY producers say the G-tariff, which boosts producers’ operational costs and decreases consumer prices, puts them at a disadvantage compared to their counterparts abroad. Some have turned to the General Prosecutor’s Office, while others have hinted they may close some facilities. The new tariff has also attracted the European Commission’s attention. 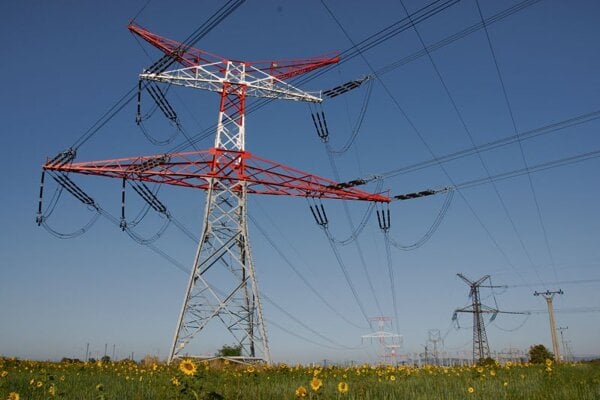 ENERGY producers say the G-tariff, which boosts producers’ operational costs and decreases consumer prices, puts them at a disadvantage compared to their counterparts abroad. Some have turned to the General Prosecutor’s Office, while others have hinted they may close some facilities. The new tariff has also attracted the European Commission’s attention.

The new tariff, which will come into effect next year, was introduced by the Regulatory Office for Network Industries (ÚRSO), as part of the Decree of ÚRSO Setting Price Regulation in the Electricity Sector, a set of regulations which became valid on July 30. It will be paid by electricity producers connected to transmission or distribution networks.

“We are introducing the new so-called G-component or payment of reserved capacity for electricity producers who are connected to the grid and supply electricity, which is not in contrast with any European legislation; even European legislation enables such a fee,” ÚRSO head Jozef Holjenčík told the public broadcaster Slovenské Rádio in early July.

The Slovak Association of Photovoltaic Industry (SAPI) challenged the new tariff with the General Prosecution in late July, claiming that the new tariff threatens €1.5 billion in investments, interferes into ownership rights and is unconstitutional.

SAPI’s main objections to the G-tariff are that it discriminates against individual electricity producers, and more generally, against Slovak producers compared with foreign ones. Furthermore, ÚRSO bypassed the Economy Ministry and parliament when adopting this fundamental change to operation in the electricity market, Pavel Šimon, substitute director of SAPI, told The Slovak Spectator in early October.

“For a solar power station the fees in the approved amount are fatal,” Galeková wrote in the SAPI press release on July 30. “We were watching with concern the considerations of Prime Minister Robert Fico and other politicians to introduce the solar tax. The G-component has exceeded all our expectations. ÚRSO is introducing this fee in an effort to reduce the price of electricity for consumers. But the result will be absolute discrimination against domestic electricity producers, and not only those producing electricity from renewable sources.”

According to SAPI, the new tariff will benefit foreign producers, who will generate and import electricity more cheaply.

Šimon specified for The Slovak Spectator that the General Prosecution has announced that the evaluation of SAPI’s motion will last longer than the 60-day period granted by law.

“Thus, for the time being we do not know more,” said Šimon. “In any case we are very curious about their examination.”

The motion is not SAPI’s only initiative. It has elaborated a legal analysis of the situation with help of a law firm, and is searching for ways to challenge the regulation, which it considers illegal, at the Constitutional Court. It is also preparing to file a charge with the lower court and wants to turn to the European Commission, too.

The major electricity producer in Slovakia, Slovenské Elektráne (SE), has indicated in the media that as a consequence of higher costs, which the G-tariff means for them, it may close two blocks of a coal-fired thermal power station in Vojany in eastern Slovakia as of the beginning of 2014.

“We cannot imagine operation of these blocks under such conditions,” Branislav Strýček, vice-chairman of the SE’s board of directors, said in late September, as cited by the SITA newswire. “This tariff puts power producers in Slovakia at a disadvantage compared to other countries.”
SE spokesperson Janka Burdová specified for The Slovak Spectator that for the time being SE is analysing the entire influence and financial impact of the decree.

“The regulation is discriminatory, in contrast to EU legislation, and weakens the Slovak internal trade market,” said Burdová. “To domestic producers it means a big disadvantage towards its competitors in neighbouring countries, where the fee for access to the system is not in place. Especially because the wholesale price of electricity is strictly set up at the regional level. The introduction of charges will increase the cost of generation of electricity here, which will also put pressure on evaluation of production efficiency in individual types of power plants.”

With regard to the shutdown of the two blocks at Vojany, a final decision has not yet been made.
The new tariff has come to the European Commission’s attention, too. Klaus-Dieter Borchardt, the director of the internal energy market at the EC’s Directorate-General for Energy, sent a letter with questions to Holjenčík in July.

“We took all the steps in our office in good conscience that they are not in any way at odds with EU legislation, that they are not discriminatory and that they must not and will not have a negative impact on the openness of the internal market and the process of integration,” Holjenčík wrote in his letter to Borchardt, as cited by SITA.

Borchardt received a reply from Holjenčík on August 13 with answers to all his questions, Nicole Bockstaller, press officer for Energy Policy at the Office of EU Energy Commissioner Günther Oettinger, informed The Slovak Spectator.

“Variations in charges faced by producers of electricity for access to the transmission system should not undermine the internal market,” Bockstaller wrote. “For this reason, average charges for access to the network in [EU] member states should be kept within a range which helps to ensure that the benefits of harmonisation are realised. For this reason EU law [Commission Regulation No 838/2010] sets an upper limit of €0.50 MWh on the average charge, which can be imposed on electricity producers connected to the transmission network in continental Europe.”