Grab your coat and flee!

THIS postcard of old Bratislava illustrates how much the city has changed. It dates back to the early 20th century and depicts a street along the Danube embankment beneath the castle. 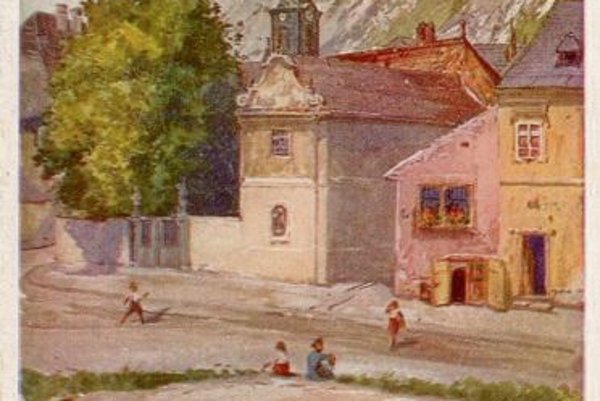 THIS postcard of old Bratislava illustrates how much the city has changed. It dates back to the early 20th century and depicts a street along the Danube embankment beneath the castle.

Today a very busy road connecting Karlova Ves with the Old Town runs right through the scene pictured here. A steady stream of cars rolls across the exact spot where the children in the postcard are playing. It would be natural to assume that this area was safer back then than it is today.

However, the reality was different. The neighbourhood was called Zuckermantel which is alleged to have meant, in medieval German, “Zucke den Mantel zur Flucht” – i.e. grab your coat and escape, a name sometimes given to boroughs considered to be unsafe. And since several brothels were located in Zuckermandel (another of the several spellings of this neighbourhood), some could have interpreted the name as “sugar-coated almond”. (Zucker means sugar and mandel means almond).

Artist Heinz Pinggera, whose painting was reproduced in the postcard, focused on the Church of the Holy Trinity. It was built in the place of a former wooden chapel for the neighbourhood’s inhabitants. The one-storey wing of the parish building with its baroque gable can be seen in the centre of the painting.

On the ground floor, in the place where a window should be, is a memorial by Alojz Rigele, which is still there today, commemorating Father Karol Scherz. Scherz was a priest at Zuckermandel from 1855 and he was famous among locals for his charity. He was also known to have saved dozens of people during floods and fires. However, he eventually died in 1888 after being run over by a carriage.