ARCHAEOLOGICAL research is being carried out in Trnava at the site where the new City Arena football complex is to be constructed, which is required by law. 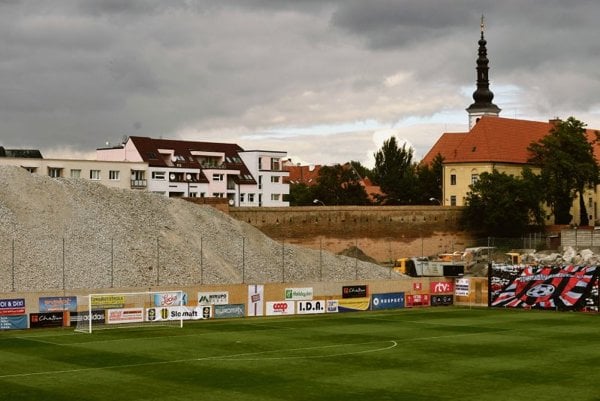 ARCHAEOLOGICAL research is being carried out in Trnava at the site where the new City Arena football complex is to be constructed, which is required by law.

Archaeologist Marcus Comotti from Archaeoservices, a.s, who is leading the excavation, says that the construction of the new stadium, on the site of the former Anton Malatinský Stadium, will begin only after the research is finished, which is rare in Slovakia.

The location is not particularly rich in findings, and what has been found dates mostly from the 15th to the mid 19th century, although there were some surprises.

“We found several dozen storage pits – which are quite typical for Trnava; but I was surprised we found them outside the medieval walls of the town,” Comotti told the TASR newswire. “The question arises why the pits were placed like this, as Trnavans would have been cut off from their food stockpiles in the event of an external threat. I have never seen anything like this,” he added.
Findings directly beneath the original stadium are even older.

“Apart from the storage pits, we also found remnants of a dwelling, half buried underground – a shack dating back to the 15th or 16th century, including all infrastructure,” archaeologist Kamil Švaňa said.

The findings beneath the parking lot are more recent.

Comotti said they expected to find Bronze Age-era findings in the locality, but since the area under the parking was used to extract clay for brick making, and later, cellars and houses were built there, the items are often not found in their original location and their informational value is limited.

Švaňa added that the items consisted of pottery, animal bones, marked bricks and a small amount of metal products.

Excavations closer to the town walls could, however, unearth interesting findings.