GREAT Britain sent a ship down the Danube River to present the country and promote the best of its offerings. 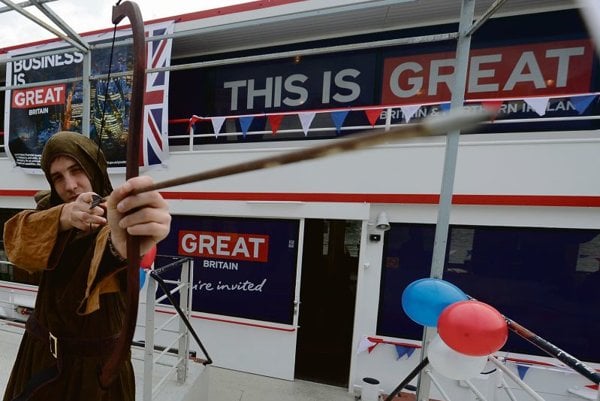 GREAT Britain sent a ship down the Danube River to present the country and promote the best of its offerings.

In addition to Vienna and Budapest, the “British flagship” also stopped in Bratislava on October 2, where it became part of the 20th anniversary celebration of British-Slovak diplomatic ties.

The ties between Great Britain and Slovakia can sometimes be shocking, British chargé d’affaires Gill Fraser said that day during a discussion with Bratislava students.

She added, as quoted by the TASR newswire, that the closeness can be felt on the diplomatic level, but also in the relations among ordinary people within the mutual tourism exchange. About 700,000 British tourists come to Slovakia annually, while approximately 200,000 Slovaks are now living in the UK.

The British Embassy to Slovakia arranged the meeting with students of three schools (the Private Slavonic Secondary Grammar School, Secondary School Bilíkova and the private language school Galileo) for the morning, including a quiz about the UK and a discussion with Fraser called What Is Great About Britain.

In the afternoon, the ship was open to the public, featuring an exhibit of photos of Great Britain taken by Slovak journalist and photographer Ivan Janko and a performance by a traditional Scottish bagpiper.

In the evening, a festive reception for invited guests took place, marking the 20th anniversary of bilateral relations between the two countries.

Fraser stressed that Slovakia was a key partner of the UK and an ally within the European Union and NATO, according to the SITA newswire. She added that her homeland was interested in deepening cooperation.