NOBODY will go to jail in association with one of the most controversial deals sealed under the first government of Prime Minister Robert Fico, as police have shelved their investigation into the infamous Interblue Group case. Slovak taxpayers are believed to have lost tens of millions of euros in the deal, in which the Interblue Group – a company registered to an unattended lock-up garage in the United States – acquired Slovakia’s carbon-dioxide emissions quotas at a huge discount. One political ethics watchdog group called the shelving of the investigation “bad news” but in no way surprising. 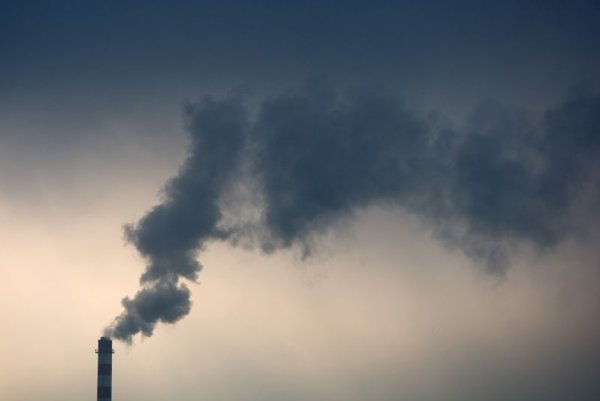 NOBODY will go to jail in association with one of the most controversial deals sealed under the first government of Prime Minister Robert Fico, as police have shelved their investigation into the infamous Interblue Group case. Slovak taxpayers are believed to have lost tens of millions of euros in the deal, in which the Interblue Group – a company registered to an unattended lock-up garage in the United States – acquired Slovakia’s carbon-dioxide emissions quotas at a huge discount. One political ethics watchdog group called the shelving of the investigation “bad news” but in no way surprising.

Police spokesperson Andrea Dobiášová confirmed for The Slovak Spectator that the investigator of the National Criminal Agency has halted the investigation, arguing that “the act [related to Interblue] is not a crime” and thus there is no reason to continue. The private broadcaster TV Markíza was the first to break the story.

However, the decision is not valid yet, as the Environment Ministry, the damaged party, has appealed the decision, since “different suspicions and doubts are linked with the case”, ministry spokesperson Maroš Stano told The Slovak Spectator, adding that “the department is interested in its thorough investigation”.

Currently, the case is on the table of the prosecutor of the Office of Special Prosecution in Pezinok, said Dobiášová.

The shifty contract masterminded by the Environment Ministry in 2008 when it was run by a nominee of the Slovak National Party (SNS), then in coalition with Fico’s Smer party, involved Slovakia selling quotas to emit 15 million tonnes of carbon dioxide to Interblue at €5.05 per tonne, just as Slovakia’s neighbours were cashing in their quotas for around twice that price.

The deal resulted in the dismissal of at least two ministers, as well as the SNS eventually losing political control of the ministry. The murky US-based firm was meanwhile dissolved and re-established as Interblue Group Europe, registered in Switzerland.

Slovakia withdrew from the contract, which guaranteed Interblue the pre-emptive right to purchase an additional quotas to emit 20 million tonnes of carbon dioxide, back in 2010, and now plans to sell its quotas to Spain. Interblue Group Europe is objecting to Slovakia’s withdrawal.

“It does not surprise me that yet another investigation in Slovakia was pushed into oblivion,” Zuzana Wienk, director of the political ethics watchdog Fair-Play Alliance, told The Slovak Spectator, suggesting that there is a huge volume of information available on market prices of emissions from this period as well as comparable deals. “I would like to know on what the investigator based the decision that no damage occurred for Slovakia.”

Former environment minister József Nagy called the police’s decision “sweeping €66-million-dirt under the carpet” and suggested that the investigation must be resumed. He argued that the special prosecution already concluded some time ago that the state made a hugely disadvantageous deal.

In 2010, Nagy, a nominee of Most-Híd to Prime Minister Iveta Radičová’s government, filed a criminal complaint against Interblue for its failure to pay Slovakia €15 million as a clause in the sale contract stipulated that if Slovakia spent the proceeds from the original sale of quotas within the ‘Green Investment Scheme’ (GIS) for environmental projects, the country would be eligible for a bonus payment of €1 per tonne, or €15 million in total, from Interblue.

However, despite the government spending millions of euros on a scheme to improve the thermal insulation of apartment blocks, Interblue has paid no more money to date. After six months, the Special Prosecutors turned down the complaint, arguing that the state originally had signed a maximally disadvantageous contract and thus the prosecution did not see any criminal intentions on part of the Interblue.
Nagy now argues that while the prosecutors freed Interblue of liability, it also confirmed the responsibility of people who ran the ministry at that time, the SITA newswire reported on October 8.
According to Wienk, the question of whether Interblue paid taxes has never been answered either. Even though the case involved several countries and jurisdictions, which made the work of investigators even more complicated, Wienk believes that “the prosecution, thanks to cooperation with bodies of foreign countries, has obtained a very detailed review of the flow of money in the case”.

As for the impact such decisions might have on public attitudes toward government, Wienk has said that responses indicate “resignation, and that such a result had been expected”.

“It is very bad news, because it suggests a wide-spread conviction that the prosecution bodies will let any crime that might threaten the rich be buried,” Wienk said. “It is a very dangerous trend.”

More recently, Interblue re-emerged, insisting that Slovakia should sell it quotas to emit 20 million tonnes of carbon dioxide based on the original contract. Slovakia already said no to the firm in December 2012, with Environment Minister Peter Žiga saying that he does not have any legitimate partner with whom to negotiate.

“The ministry in the past has withdrawn from the contract with the company Interblue, seated in the United States, which then was dissolved and Interblue Group Europe has not proved that it is its legal successor,” Stano told The Slovak Spectator in June 2013.

Interblue resurfaced at a time when the Environment Ministry was in negotiations with the European Bank for Reconstruction and Development and Spain in order to reach a final agreement over the price and conditions for the sale of Slovakia’s excess emissions quotas.

The original Interblue deal was signed by then environment minister Ján Chrbet in November 2008. The identities of the company’s owners and beneficiaries still have never been confirmed. What is known is that immediately after the sale, Interblue sold the quotas – purchased from the state for €5.05 per tonne – for €8 or more per tonne, netting an immediate profit of at least €45 million. Critics of the deal said that at the time of the sale countries like Hungary, the Czech Republic and Ukraine had obtained much higher prices for their excess quotas.

Chrbet was sacked for signing the deal, while his short-lived successor Viliam Turský was in turn fired for failing to terminate it. In 2010, Czech hotelier Milan Ružička emerged to claim that he was the new owner of Interblue, which he said he had bought from another Czech businessman, Marek Pleyer, as a private investment.

However, Ružička has not been able to provide any proof that Interblue Group Europe is the legal successor of the US-based firm.

Jozef Medveď, the Smer party nominee who replaced Turský as environment minister, had declared the original contract void, but Ružička insisted that it was still valid and even suggested he had €15 million with which to pay the green-scheme bonus to Slovakia under the terms of the original contract.

Another figure involved in the deal was Norbert Havalec, who worked as project manager in Interblue while simultaneously advising the SNS-led Environment Ministry, the Sme daily reported. Havalec still does businesses with the state. Rastislav Bilas who knows the former boss of the SNS, Ján Slota, also served as manager of Interblue according to Sme.