FOUR YEARS since its launch the state will revamp its electronic toll collection system to extend the network of tolled roads, push trucks away from regional routes and incentivise more environment-friendly vehicles. 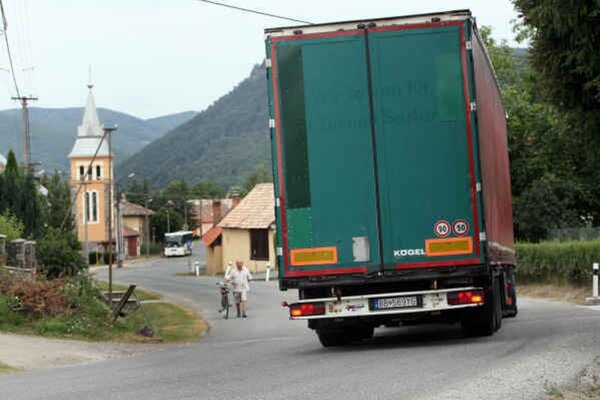 FOUR YEARS since its launch the state will revamp its electronic toll collection system to extend the network of tolled roads, push trucks away from regional routes and incentivise more environment-friendly vehicles.

The satellite-based toll collection system replaced the system of stickers for vehicles over 3.5 tonnes using highways and first class roads across Slovakia as of the beginning of 2010. Under the old system trucks paid to use roads based on the period of time, whereas the new system monitors the position of vehicles and automatically calculates the number of kilometres driven on toll roads through so-called on-board units (OBUs). The system will change based on the bill on collection of tolls for usage of selected stretches of roads which the Slovak Parliament has already advanced to the second reading, with changes to become effective as of next year.

The Ministry of Transport proposes, as of January 2014, to extend the current network of tolled roads by 225 kilometres, including many of the new roads in eastern Slovakia which, according to the ministry, trucks use to bypass tolled roads. Trucks will also pay tolls for transiting towns and villages located on tolled roads. Currently, transporters pay toll on 2,033 kilometres of highways, dual carriage ways and first category roads, of which 1,414 kilometres-worth are the latter.

“The aim of this step is to direct the transit cargo transport to roads designed for this,”
Transport Ministry spokesman Martin Kóňa said after the cabinet approved the draft bill in late September.

In this way the state wants to remove one of the unforeseen negative impacts the electronic toll system brought in – pushing transiting trucks onto smaller toll-free roads in an effort to avoid toll roads.

This resulted in intensification of heavy transport in small villages, and damage to houses flanking toll-free roads and to the roads themselves.

The Association of Road Transport Operators of the Slovak Republic (ČESMAD) perceives the flat halt of transport on third-category roads as the most problematic aspect of the changes. It has already held talks with regional governments and agreed with them that some such roads are still necessary for transit of Slovak carriers, Pavol Reich, the secretary general of ČESMAD, told The Slovak Spectator. According to him, monitoring smaller roads should have helped to solve this matter.

“It would show the justness of the ban,” said Reich. “This is because some roads of the third category are much better than roads of the first or second category.”

The ministry plans to introduce a zero-toll on second- and third-category roads for trucks, while the question of putting tolls on roads with the heaviest traffic remains unresolved.

“Traffic on the second- and third-category roads will be monitored via a zero toll,” Transport Minister Ján Počiatek said on September 26, as cited by the TASR newswire. “We will be able to aggregate precise data about movements of trucks in individual regions and these will be evaluated in six-month intervals.”

ČESMAD regards the proposed changes as a compromise, both from their side as well as the side of the ministry. They accepted extension of the network of tolled roads, while they see the proposed increase in fines as too high. Through negotiations with the ministry, truckers and road cargo transport companies curbed a plan to see tolls rise automatically each year in connection with inflation. Such changes will now be the subject of discussion.

Reich said the discount system greatly benefits national carriers, as these will encourage more eco-friendly vehicles to drive the highest number of tolled kilometres. Based on the draft bill, drivers can get discounts ranging from 3 to 11 percent depending on the category of the vehicles and kilometres driven.

The bill also creates a framework for provision of the European Electronic Toll Service in Slovakia enabling interconnection of electronic toll systems in the European Union. As the Transport Ministry has specified, this means that a vehicle driving across Europe on tolled roads will pay the toll on the basis of only one contract.