NOT long after prime minister and ruling Smer party leader Robert Fico survived a no-confidence vote in parliament, Health Minister Zuzana Zvolenská survived a similar no-confidence motion on October 24 after only 50 of the 128 deputies present voted for her recall. 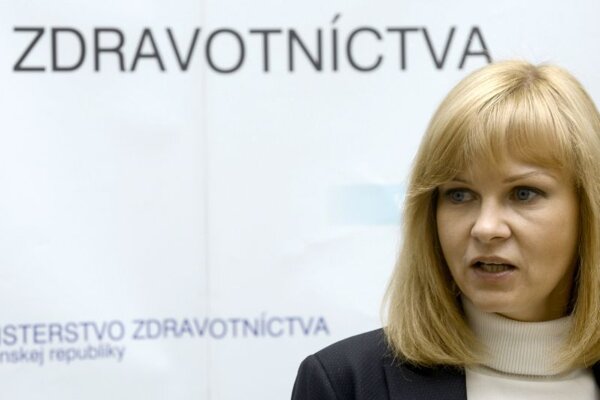 NOT long after prime minister and ruling Smer party leader Robert Fico survived a no-confidence vote in parliament, Health Minister Zuzana Zvolenská survived a similar no-confidence motion on October 24 after only 50 of the 128 deputies present voted for her recall.

The opposition criticised Zvolenská, a Smer nominee, over the fact that tenders for new licences for helicopter emergency services in Bratislava and Trenčín were concluded five days after the licences from the previous period expired.

According to the opposition, a woman who died after a car accident in Bratislava Region during this period could have been saved if rescue helicopters had been able to go to the scene.

The opposition parties the Slovak Christian and Democratic Union (SDKÚ), the Christian Democratic Movement (KDH) and the Most-Híd submitted to parliament on October 18 a proposal with 40 signatures to convene a session with only one issue on the agenda – the no-confidence vote in Zvolenská. This was the first time she has faced a no-confidence motion.

“Minister Zvolenská bears full political responsibility for an unprecedented five-day outage of the emergency system in Slovakia, which has no precedent in the modern history of Slovakia,” said SDKÚ deputy chairman Viliam Novotný after he submitted the non-confidence motion, as cited by the SITA newswire. In his opinion, the Health Ministry neglected its duties and endangered the health and lives of people.

As a former health minister and current KDH MP, Ivan Uhliarik pointed out that two days before the license expiration, the Health Ministry had all the necessary information to issue the licenses, but the selection committee met five days after the licenses expired. According to him, this is an issue of either absolute incompetence in managing the department, or complete indifference to the needs of the citizens and ensuring health care in Slovakia. Uhliarik argued that in both cases the minister is responsible.

“Zuzana Zvolenská therefore cannot manage such an important department to protect the lives and health of the citizens,” said Uhliarik, as cited by SITA.

Zvolenská protested linking the tender with the accident, which happened near Skalica on September 13. At the special parliamentary session she submitted to deputies a recording based on which a helicopter from Nitra could have arrived at the scene of the accident within 25 minutes.

“If the doctor [treating the injured woman], needed the helicopter, it would have flown there,” said Zvolenská at the special session. She added, with respect to the tender, that no law was violated and that health care was properly secured. “It would take a helicopter from Bratislava and Trenčín the same time [to reach the accident] as from Nitra.”

Prime Minister Robert Fico demonstrated support for Zvolenská in a discussion programme of the public broadcaster Slovak Radio on October 19. He said that Zvolenská enjoys his confidence, adding that he views the extraordinary session as a waste of time and a “nasty spectacle”, the TASR newswire wrote.

The cabinet upheld Zvolenská at its October 23 session.

“The attempt of the opposition to voice no-confidence in the health minister is a docile attempt within a pre-election fight to artificially join the ongoing process of issuing licenses to operate emergency helicopter ambulances and a human tragedy, which happened as a consequence of a tragic car accident,” the cabinet wrote in its stance, as cited by TASR.

According to the cabinet, no ‘significant’ failure of the emergency system occurred.