THE DEMOGRAPHICS of minorities in Slovakia have changed during the past two decades. While the number of Hungarians has dropped, other minorities, like Roma and Ruthenians, are growing, according to a report approved by the government at its October 16 session. 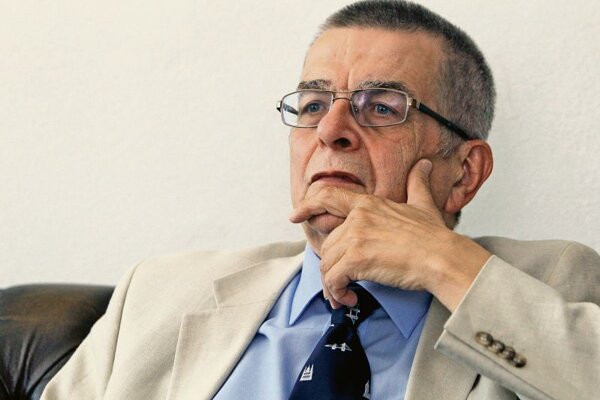 THE DEMOGRAPHICS of minorities in Slovakia have changed during the past two decades. While the number of Hungarians has dropped, other minorities, like Roma and Ruthenians, are growing, according to a report approved by the government at its October 16 session.

The report was prepared by the Office of the Government Proxy for Minorities, but it has drawn criticism for being too general and lacking specific recommendations, and some allege it was watered-down after László Nagy from the opposition Most-Híd party left office in June.

The report offers statistics of national minorities and information about their religion, education and their employment rate in Slovakia’s various regions. It also reveals how many minority representatives work in state and local administration bodies and institutions, and various committees and controlling bodies. It also analyses the cultural activities of minorities, use of minority languages and their education.

Criticisms of the report have come quickly. László Solymos, head of opposition Most-Híd deputy caucus, described the report as a “one-sided evaluation without any critical comments and without any specific recommendations”, as reported by the SITA newswire.

Nagy, who resigned from the post in June 2013, was also working on the report which he should have submitted to the government by March 31. The government did not accept it. Unlike his report, the current version does not address several problematic issues, like criticism of statements of top politicians against minorities, Nagy said. The original document proposed policy recommendations, SITA wrote.

Representatives of NGOs also point to some missing parts in the report. It, for example, does not contain anything about changes to the institutional framework of minority rights protection, drawbacks in the protection of rights or proposals for further changes, Jarmila Lajčáková, research fellow at the Centre for the Research of Ethnicity and Culture, told The Slovak Spectator.

Kálmán Petőcz, chair of the Helsinki Committee for Human Rights in Slovakia, considers the original report written by Nagy to be objective, unlike the current document, which follows the trend of reports that avoid defining problems.

“It does not point to problems and how the government wants to solve them,” Petőcz told The Slovak Spectator.

Both Lajčáková and Petőcz disagreed with submitting the report with the government proxy post vacant. The government should have postponed the report to next March when there is a possibility it will appoint a new government proxy, so that both experts and representatives from minority groups can work on it, Petőcz added.

Though most members of the Committee for National Minorities supported the report, Petőcz said that those whom it affects the most, i.e. Hungarians and Ruthenians, did not vote for it. He disagrees with the practice of using smaller minorities to vote for some abstract and general report which does not satisfy those whom it concerns the most.

“This way of creating the minority policy, where those whom it affects the most are excluded, is not in compliance with democratic culture,” Petőcz said.

Except for changing the structure of minorities in Slovakia, the report showed that in most districts in Slovakia minorities have lower qualifications than other Slovaks, which is then reflected in their position in the labour market. In addition to this, regions in which minorities live report the highest number of jobless people. The report proposes to solve this problem with whole-life education, and working with young people to study specialisations which meet the requirements of the labour market.

Another finding showed that minorities are more religious than the rest of Slovaks. Moreover, it says that the state observes their fundamental rights and that it has passed measures to improve their situation.

According to Nagy, the original report contained several negative observations about factors which negatively impact the status of minorities in Slovakia, including the anti-minority statements of some politicians, SITA wrote. This included the speech of Prime Minister Robert Fico during the celebration of the 150th anniversary of the establishment of the state-funded cultural organisation Matica Slovenská. He said, among other things, that some minorities have been trying to “blackmail” the state through the issue of minority rights - “be it the Roma, [or] people of a different orientation, minority of opinion or ethnic [minority]”, the Sme daily reported earlier this year.
Fico later claimed his statements were misinterpreted and taken out of context.

Nagy also pointed to the decreasing number of minority politicians in parliament, or the practice of not using the minority language during parliamentary sessions or sessions of parliamentary committees, the TASR newswire wrote.

Nagy was appointed to the function on June 14, 2012, based on an agreement with Most-Híd. He resigned from the post on June 5, 2013, one day after a vote in which MPs from the ruling Smer party did not support his proposed amendment to introduce bilingual signs at railway stations in municipalities where bilingual signs are in use (mainly to mark public offices), in accordance with the law which dictates that bilingual signs must be used in villages where at least 20 percent of inhabitants belong to a national minority. Nagy made it clear when he took up the post that the railway sign issue will be a test for his time in office.

Though the government said it would find a suitable person who will be able to take over immediately, the post is still vacant. Mária Jedličková presently leads the office on an interim basis.

The reason for resignation was not very good, Petőcz said, adding that Nagy should have left the post in March when the government did not accept his report on national minorities. Since he served under the government and the report was one of only a few of his specific responsibilities, the government in fact expressed its distrust in the proxy. Instead, he resigned in June, after parliament dismissed the measure prepared by Most-Híd, though it was not directly linked to his activities, Petőcz said.

Lajčáková, however, considers the resignation the right move, saying it is dangerous to legitimise politics which sees minority rights as a demand.

“The resignation of László Nagy, unfortunately, also confirms that the government elected in early parliamentary elections did not keep the status quo in protection of minority rights,” Lajčáková said.