MINORITIES living in Slovakia often use cultural events to stay connected with their roots and share their heritage with others, some of which are financed from the state budget. But changes to how such funding works means that some celebrations may be in trouble. 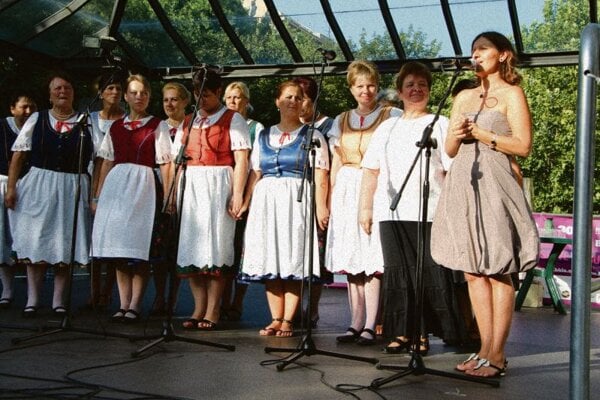 Minorities might struggle to finance their cultural activities. (Source: Courtesy of In Minorita)
Font size:A-|A+0

MINORITIES living in Slovakia often use cultural events to stay connected with their roots and share their heritage with others, some of which are financed from the state budget. But changes to how such funding works means that some celebrations may be in trouble.

Former government proxy for national minorities László Nagy changed the system of redistributing money to national minorities, making funds proportional to the number of members. He explained he wanted to correct the anomalies from the past when big minorities received less money per member than smaller ones, the Sme daily reported in January 2013. While Hungarians and Roma received more funds, other groups have seen their state support shrink by thousands of euros.

“Until 2012 grants from the Slovak Republic had been sufficient for the realisation of all the goals of the Polish Club,” Tomasz Bienkiewicz, president of the Polish Club in Slovakia, told The Slovak Spectator, adding that several projects might have problems surviving, like the Monitor Polonijny magazine, which has been published for 17 years.

Minorities also see problems with bureaucracy accompanying the applications for receiving grants. The grants are the biggest contribution the Czech minority receives from the state, said Dagmar Takácsová, chairwoman of the Czech Club in Košice.

“But because of the administrative fastidiousness of processing the projects, several smaller Czech clubs do not get involved with it,” she said.

Czech minorities have the luxury of tapping grants from another source, the Czech Foreign Affairs Ministry. Though amounts are smaller, there is less bureaucracy, Takácsová said.

The Slovak government supports minorities within the Culture of National Minorities programme. The grants are redistributed among the 13 minority groups officially recognised by the Government Council for Human Rights, National Minorities and Gender Equality. The amount of money available for applicants was €4.25 million this year.

Nagy proposed a scheme for allocating the financial grants for 2013. The scheme had two fundamentals: the allocated funds should correspond to the size of the minority after the latest census, and the principle that the bigger minorities should be sympathetic with smaller minorities. He also took into consideration whether the minorities come from states from which they can ask for money and whether the minority is a so-called “autochthonous minority” in Slovakia, meaning it has a historical presence in the state.

Nagy however did not explain the scheme for redistributing the money, but added that a committee for national minorities, composed of representatives of every minority, would decide on this issue, Sme wrote.

Recently, Government Proxy for Roma Communities Peter Pollák established a temporary working group which will prepare new rules for redistributing the financial funds for national minorities. It is composed of experts from all the minority groups in Slovakia.

One member is Zuzana Kumanová from the civic association In Minorita, who told The Slovak Spectator that there are problems with the administration of the Government Office’s programme for the culture of national minorities, including that financial aid intended to cover the whole year is in fact received in the second half of the year. She hopes the working group can improve this.

In Minorita also organises a series of cultural events called the Cultural Summer of Minorities, which is part of the Cultural Summer in Bratislava. It is a cycle of performances of national minorities which took place this year for the sixth time. The co-organiser is the Cultural and Information Centre of Bratislava (BKIS) and its realisation is sponsored by the Government Office. Performances tied to Ruthenian, Hungarian, Carpathian German and Croatian folklore ensembles, a Jewish Pressburg Klezmer Band and the group of young Roma musicians called Bohémiens were among this year’s highlights.

In Minorita also educates on topics like the Roma Holocaust and the popularisation of culture and history of Roma people. In cooperation with the Romano Kher Organisation, they participate in the project of the Roma Documentation and Information Centre, which has the ambition to become a multidisciplinary professional facility that will search, elaborate and disclose information about Roma to the public.

“Our projects are implemented with the financial support of local but also foreign donors,” Kumanová said. “In the past 10 years the situation has massively changed and the resources intended for NGO activities have been reduced.”

National minorities do not present their culture only in Bratislava, and among the other centres of activity is the Gemer region.

“We are convinced that the unity of interests of all nations is the everlasting basis of their content coexistence and development of their social lives,” Tímea Tóthová from the Cultural Centre of Gemer told The Slovak Spectator. “This region is famous for its cultural diversity and rich history, therefore it is the ideal place for the realisation of such projects.”

Rožňava, in Košice Region, was a venue of the International Week of Human Rights for the past two years. The multi-cultural event was a compilation of documentaries, theatrical performances and the presentation of traditional culture of Hungarians, Afghans, Roma, Jews and Arabians living in Slovakia, accompanied with lectures of university educationalists. The project was implemented by the Cultural Centre of Gemer with the financial help of Government Office’s grant programme.

“Our goal is to innovatively point out the negative effects of intolerance and eliminate discrimination in the region of Gemer by means of cultural and educational festivities,” Tóthová said.