THE EXHIBITION of 130 works by distinctive Slovak artist Milan Laluha in the Bratislava City Gallery (GMB) is brief because it has been organised outside the normal schedule, gallery head Ivan Jančár said. 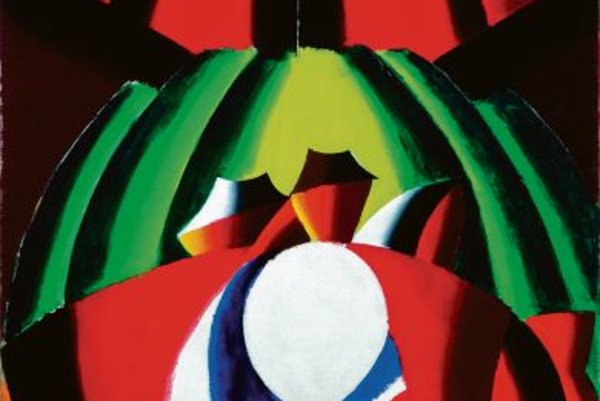 THE EXHIBITION of 130 works by distinctive Slovak artist Milan Laluha in the Bratislava City Gallery (GMB) is brief because it has been organised outside the normal schedule, gallery head Ivan Jančár said.

The publisher of a book called “Milan Laluha - I Have Discovered a Motive” offered cooperation and GMB wanted to make an exhibition as soon as possible because of the artist’s illness, Jančár said.

Laluha, who was expected to attend the opening of the exhibition that bears the same name, did not appear due to his illness. People can admire his works, most of them dating back to 1950s and 1960s, at the recently reconstructed Pálffy Palace on Panská Street in Bratislava.

Jančár reminded that the GMB has already presented several exhibitions of artists belonging to the “Galandovci” group, named after Mikuláš Galanda. Laluha was a co-founder of this group and remained an important member until it was forcibly dissolved in 1968. He himself was officially banned from exhibiting, teaching and organising thereafter, but this ban was never fully observed.

“For 60 years, Laluha has been working and operating in the Slovak visual art in a completely different way,” exhibition curator Juraj Mojžiš said at a press conference. “And what is most important, he has never come to any final conclusion. Although he was trying to grasp the abstract means of expression, and expose an individual key to visual art, he achieved this only in the last 10 years.”

“In the years of socialist realism, he gave back to visual art its very basis – what the colour can say, its traces, its flow or the firm, stark form,” he continued.

Mojžiš also praised Laluha’s grasp of the motif of a place he loves very much, Nižná Mičiná. One whole room of the exhibition is dedicated to nude paintings, which are surprisingly soft and rounded compared to his most characteristic works. A big part of the exhibition is also made of his portrayals, from self-ironic or playful, and neutral to demonic.

Laluha’s exhibition is also unique because it is comprised of works from private collectors and not cultural institutions. It can be seen only until November 10 on Tuesdays to Sundays between 11:00 and 18:00. The 180-page book on Laluha – with text in both Slovak and English – will remain available.