A MASS cha-cha dance can be added to the list of the more unusual records set in Slovakia recently. 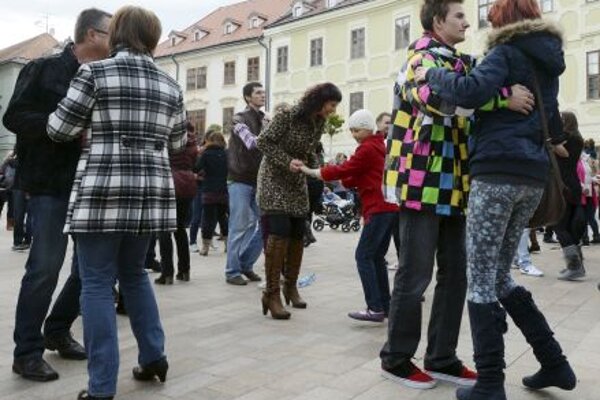 A MASS cha-cha dance can be added to the list of the more unusual records set in Slovakia recently.

“There were 104 participants registered and the result will be published in the Book of Slovak records,” the founder of this book, Igor Svítok, confirmed for the TASR newswire. “In this case, the record is international to a certain extent, as there were six girls registered from Uruguay,” he added. “All age categories got involved: young people and seniors, experienced dancers and people who danced this dance for the first time, I would say,” he concluded.

Although the cha-cha event, which took place in Bratislava’s Main Square, was part of the Seniorfest, participation was not limited to the elderly.

The month-long Seniorfest offers lectures on health, medical check-ups, the opening of Senior-fit-park, a gym for the elderly in the Cultural-Community Centre Zora in Trnávka, computer and medical courses, creative workshops, and a concert for seniors prepared by children and youth, which also saw five pensioners who contributed to the development and promotion of the Slovak capital receive awards Senior of the Year 2013 from mayor Milan Ftáčnik on October 7.