Harabin out of hot water

ŠTEFAN Harabin will not be stripped of his judicial robe. Two years after the previous justice minister filed several disciplinary motions against him, the Constitutional Court has dismissed most of them. 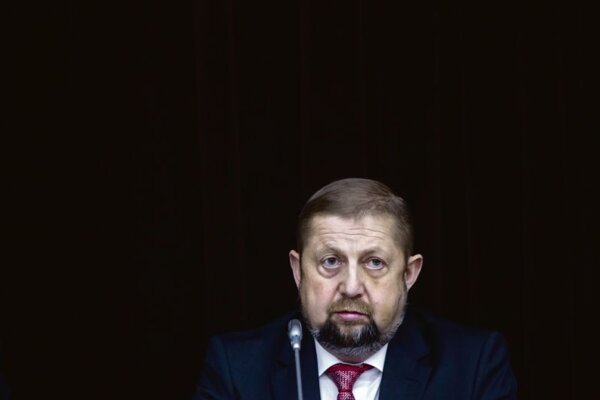 ŠTEFAN Harabin will not be stripped of his judicial robe. Two years after the previous justice minister filed several disciplinary motions against him, the Constitutional Court has dismissed most of them.

In late October 2013, the Constitutional Court (CC) dealt with the disciplinary motions against Supreme Court President Štefan Harabin, filed by former justice minister Lucia Žitňanská during her 2010-2012 tenure. On October 29 the CC upheld its earlier ruling penalising Harabin by reducing his salary for hindering the Finance Ministry audit of the Supreme Court, but on the following day the CC dismissed three other outstanding motions against him.

Harabin turned to the European Court for Human Rights (ECHR), claiming his right to an unbiased trial had been violated. On November 20, 2012, the ECHR sided with Harabin and recommended that the CC rule on the matter again.

However, the ECHR rejected Harabin’s demand of non-material damage compensation of €100,000 and lost income of €50,000, and granted him only €3,000 in compensation, the TASR newswire reported.

On October 29, the CC, led by its chairwoman Ivetta Macejková, rejected the renewal of the court proceeding, backed by a majority of votes. The proposal was decided by 10 judges, with two CC justices excluded from the proceeding and another on sick leave, TASR reported. Judges Ľubomír Dobrík, Milan Ľalík and Ivetta Macejková attached their dissenting stance to the verdict.

The CC also issued a ruling in the matter of Harabin’s complaints of bias by constitutional justices Ľudmila Gajdošíková, Ján Luby, Sergej Kohut and Ladislav Orosz. Justices Kohut and Orosz were excluded from their function to judge in the case.

Harabin continues as a judge

In another motion, filed in August 2011, Žitňanská went as far as proposing to strip Harabin of his post as a judge over what she called a major disciplinary offence.

Žitňanská said at that time she was convinced Harabin had not carried out his obligations to protect the interests of the Slovak Republic in the wage discrimination lawsuits filed by 11 Supreme Court justices against the Supreme Court. In particular, this was related to Harabin’s failure to appeal against a Bratislava I District Court ruling from November 10, 2010 in favour of the judges, which ordered the state to pay €1 million in damages, plus court expenses of over €45,000.

On October 30 the CC however did not satisfy the former minister’s complaint when five out of seven judges present at the vote denied her motion. Five CC judges were excluded from voting in the case on grounds of bias, while another judge was away on long-term sick leave.

The CC also threw out two other motions filed by the former minister against the Supreme Court president. In both votes, six plenum members voted against the motions, while four wanted to discipline Harabin.

In one of the cases Žitňanská alleged that Harabin had abused the principle of random assignment of judges to cases in his court. Another motion concerned Harabin’s alleged improper interference in assigning cases at the Supreme Court. In doing so, he hindered the right of the participants in the court suits to a legal judge, Žitňanská alleged.

“Something is not normal in our justice system when in this type of suit that concerns the judiciary from within, the parties [of the conflict] object to so many CC judges [on grounds] of bias, and there are so many judges eventually excluded from the decision making,” Žitňanská said in reaction to the CC rulings, as quoted by the Sme daily.

CC President Macejková reproached Harabin as well as Justice Minister Tomáš Borec for not attending the session dealing with the motions, the SITA newswire reported. Borec, as the current justice minister, represents the state in the disciplinary cases since he did not withdraw the motions against Harabin when he assumed the ministerial office.

“I’ve been claiming all along that the justice minister as a cabinet member cannot file a disciplinary motion against the Supreme Court president,” Harabin reacted, adding that the ECHR in Strasbourg agreed. He called on Žitňanská, now an MP for the Slovak Democratic and Christian Union (SDKÚ), to pay all the expenses related to the proceeding.

“I must file a new motion to Strasbourg due to yesterday and you [the taxpayers, ed. note] will pay for that,” Harabin told Sme, referring to the Constitutional Court’s confirmation of his punishment in the October 29 case.