Getting old in Slovakia

IN THE MIDST of an election campaign (like the one currently unfolding in Slovakia) elderly people, traditionally the most disciplined group of voters, often find themselves at the centre of attention by campaigning politicians. Gifts, free concerts, debates and political meetings can offer some pensioners the chance for a real social outing, which can contrast significantly with the reality of their lives during the rest of the election cycle. So how do older people in Slovakia live? 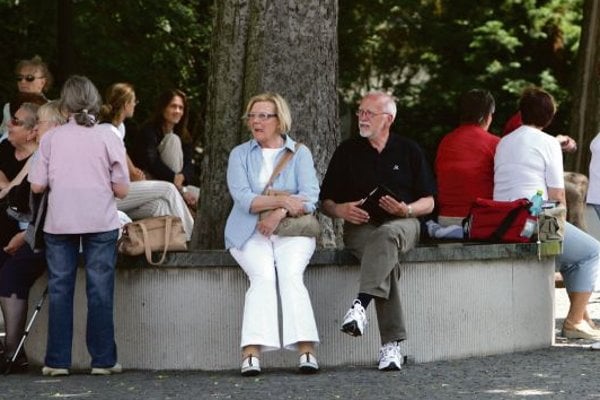 The proportion of pensioners in Slovakia is expected to increase to 35 percent by 2050. (Source: SME)
Font size:A-|A+0

IN THE MIDST of an election campaign (like the one currently unfolding in Slovakia) elderly people, traditionally the most disciplined group of voters, often find themselves at the centre of attention by campaigning politicians. Gifts, free concerts, debates and political meetings can offer some pensioners the chance for a real social outing, which can contrast significantly with the reality of their lives during the rest of the election cycle. So how do older people in Slovakia live?

In a recent study on the quality of life of the elderly, the Global AgeWatch Index, Slovakia ranked 49th out of 91 countries, placing close to Bulgaria and Romania, lower than the Czech Republic (25) and Hungary (41), but higher than Poland (62). Sweden tops the ranking, followed by Norway, Germany, the Netherlands and Canada.

While the Index gave Slovakia the relatively high ranking of 16 in income security, arguing that there is “good pension coverage and a low old age poverty rate” (slightly over 7 percent), Slovakia placed very low in the category of enabling environment, 81.

The Global AgeWatch Index measures the quality of life and well-being of older people. The results of its first edition were released on October 1. It ranks countries in four domains: income security, health status, employment and education, and enabling societies and environment.

The Global AgeWatch Index is conducted by an elderly advocacy group, HelpAge International, and the UN Population Fund. It is a tool to produce international comparisons of the quality of life in older age, and to measure progress and improve the impact of policies and practices on aging populations.

People over 60 years of age made up just over 20 percent of Slovakia’s population in 2012, according to the data in the Global AgeWatch Index. In 2050, the number is expected to rise to over 35 percent.

In August 2013, the state-run social insurer Sociálna Poisťovňa paid out pensions to over 978,000 people, amounting to more than €392 million, according to its spokesperson Peter Višváder.

Active on the labour market

The Global AgeWatch Index results show that 34 percent of people aged 55-64 in Slovakia were employed.

Recipients of old-age pensions are allowed to work in Slovakia. In August 2013, there were 117,862 pensioners who were working (and paying the compulsory contribution to the pension fund), according to Višváder.

Those working with older people however reported that elderly employees cite financial problems as their major concern. In September, the average pension was around €390, according to Bernardína Bodnárová, a researcher from the governmental think tank Institute for Labour and Family Research.

“If there are two pensioners living in one household and they put together such pensions, they can make ends meet,” Bodnárová told The Slovak Spectator. “But if someone lives alone and their pension is so low, that might be a problem.”

“Many seniors have low pensions which don’t suffice for them in terms of securing their basic needs,” the president of the Forum for the Help to the Elderly civic association, Ľubica Gálisová, told The Slovak Spectator, adding that those who cannot make ends meet often take out loans that they later have problems paying off. Gálisová cited the results of her organisation’s survey that show a rising number of older people living on the verge of poverty.

Problematic relations with the world?

In the employment and education category, and also in the health status category, the Global AgeWatch Index gave Slovakia mediocre scores of 36 and 41 (out of 91), respectively.

Slovakia however scored particularly low in the enabling environment category, placing close to the bottom of the ranking at 81. Within this category the Index shows that only 45 percent of people over 50 feel safe walking alone at night in the city or area where they live, and only 40 percent are satisfied with the local public transportation systems.

The Index further shows that only 49 percent of people over 50 are satisfied with freedom of choice in their life.

“Older people lack legal awareness, which leads to their relatives, who often only care about their money, deciding for them,” Gálisová said, adding that her organisation has noted a growing number of cases of relatives abusing older family members: taking their pensions from them, forcing property transfers, and subsequently maltreating them or even mentally or physically abusing them. The Forum considers the situation to be alarming, and has initiated an extraordinary session of the Committee of Seniors at the Labour Ministry to deal with it, according to Gálisová.

Older people also often lack access to information, as many are not computer and internet literate.
“That narrows down their possibilities to participate in public and social life,” Gálisová said, but at the same time pointed out that there is a group of older people who do have an active role in their community, or even in the country.

Bodnárová, however, refused to over generalise, saying that “older people” actually make up a very heterogeneous group, with some desiring social life while others prefer spending time alone.

“Some would like to have more contacts outside their home, live socially with friends, but finances are their barrier,” Bodnárová said.

As many as 83 percent of people over 50 in Slovakia claim they have relatives or friends they can come to when in trouble.

In most cases, it is the relatives that older people rely on, observers agree - but not as a one way street.

“The help of family in case of need is still intensive in Slovakia,” Bodnárová said, and explained that in Slovak families, different generations usually expect and provide help to each other, and when an elderly person needs care, even intensive daily care, this is often provided by the closest relatives, mostly daughters, in line with the country’s traditions.

In many cases, however, it is not just tradition but also a necessity, since the authorities often prove unable to provide social services needed by elderly people, Gálisová noted.

Additionally, Slovaks tend to view social homes for seniors negatively, and some older people refuse to be “put into a pensioners’ home”. This is however gradually changing thanks to the fact that nursing homes are improving the quality of their services. Bodnárová spoke about the humanisation of the social services. The tendency now is towards a principle of community, “so that an older person who cannot receive aid at home can get the services in the community where they lived all their lives”, she said.

Gálisová calls for further improvement in the quality of institutionally provided services, “so that the elderly don’t feel they are in the [nursing] home only to await death, but that it is a new stage of their lives”.