Mobile marketing looking for its niche

THE GROWING use of smartphones poses new challenges for advertisers and marketing and advertising companies and the potential mobile marketing prospects have not yet been fully tapped. Much like elsewhere, forecasts for Slovakia predict dynamic growth of mobile marketing, which will depend on the technological development and willingness of people to use new technologies. 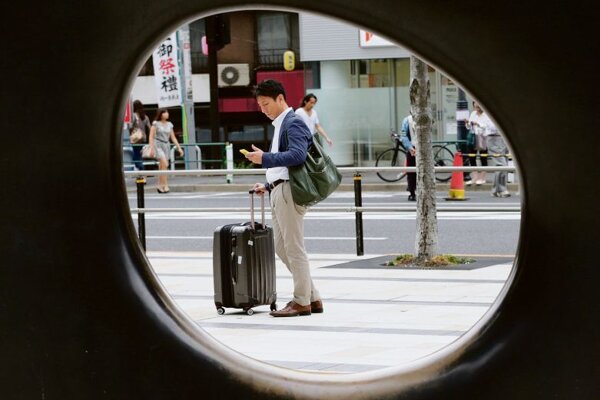 THE GROWING use of smartphones poses new challenges for advertisers and marketing and advertising companies and the potential mobile marketing prospects have not yet been fully tapped. Much like elsewhere, forecasts for Slovakia predict dynamic growth of mobile marketing, which will depend on the technological development and willingness of people to use new technologies.

Mobile industry consultant Tomi T. Ahonen estimates that the share of advertising on mobile devices makes up just 3 percent of total advertising globally. He expects that the interest of companies in advertising via devices like mobile phone or tablets will increase in the coming years as the ratio of time and attention users pay to these devices is now disproportionate to the lack of advertising.

“Let’s say that after five or 10 years from now the share of mobile advertising will be close to eight to 10 percent,” said Ahonen at the Mobile Marketing 2013 conference in Bratislava on September 19, as cited by the TASR newswire.

Gemius, a consulting company providing data and consulting for online advertising campaigns, estimated that 3 percent of online advertisements in central and eastern Europe were displayed on tablet and phone screens during 2012. Lithuania leads with 4.6 percent, while Slovakia is above the regional average with 3.4 percent.

Tamas Acs, who works in digital advertising for Gemius, emphasised on the company’s website that the growing interest in mobile advertising is justified by Gemius data. Mobile devices are used more and more for surfing the internet, which is a strong signal for marketers.

According to Peter Seyfert, executive director of media agency OMD Slovakia, the current usage of smartphones and tablets in Slovakia for marketing and advertising is relatively low, but with high growth dynamics.

For Orange Slovensko they are already about 70 percent of the total sale of mobile devices.

“Most advertisers know about mobile advertising, but just a few clients can take in and effectively incorporate it into the total media mix,” Pavel Zajcev, commercial director of Zoznam, told The Slovak Spectator. “Simultaneously this is a challenge also for creative and media agencies. Campaigns for mobile devices require special attention and innovative solutions.”

In respect to localised advertising Seyfert points out that not all smartphone users use all their functions.

“Geolocation in marketing stands and falls on usage of the GPS module, wi-fi, the mobile internet or Bluetooth and often on the need to have installed applications, for example of Foursquare or TripAdvisor,” said Seyfert. “Another aspect related to this is the need of a high concentration and movement of potential clients or tourists in the given locality.”

Mobile marketing and advertising typically use short messages, multimedia and telemarketing. While these can be used on devices lacking internet access, smartphones open the door to internet advertising as well. Factors like the size of the screen, internet connection speed and other technological parameters dictate how successful campaigns might be.

Mobile marketing has the advantage of being targeted, fast and precise. Campaigns can be well timed and often result in high levels of conversion among the audience addressed. Seyfert added that since the mobile penetration exceeds 100 percent in Slovakia, mass reach is no problem.

On the other hand, Tóth pointed out that mobile marketing can mean interference into the privacy of the user.

“Marketing in Slovakia, similarly to abroad, is still just looking for ways to use the potential of smartphones, and along with this, to use the balance between the needs of advertisers, marketing companies and the privacy of users,” said Tóth.

According to Seyfert, further development of mobile marketing and advertising will depend on the technological developments, as internet penetration is about 70 percent and the penetration of smartphones is more than 40 percent. In the future, he expects that more people will connect to the web from mobile devices, rather than desktop computers.

Martin Mác, executive director of Zoznam, expects that the interest of advisers in mobile advertising will grow along with the number of visits on websites from mobile devices. The growing penetration of smartphones as well as availability of data services will influence the development of mobile advertising in Slovakia.

“However, the suitable usage of this attractive space and creation of new formats, which will not only mimic the established forms of ads for desktop devices, will be of key importance,” Mác said.
According to Mác, an inevitable precondition for development [of mobile advertising] is the creation of interesting and attractive content for mobile devices.

“There are still ... companies that want to communicate their products or services also via mobile devices, but do not have their websites adapted to this type of user,” said Mác. “In such a case is, of course, mobile advertisement useless.”