IN MID October, the statue of Nácko was erected in Banská Štiavnica on Trotuár Avenue, a personality who, in all likelihood, never existed in real life. 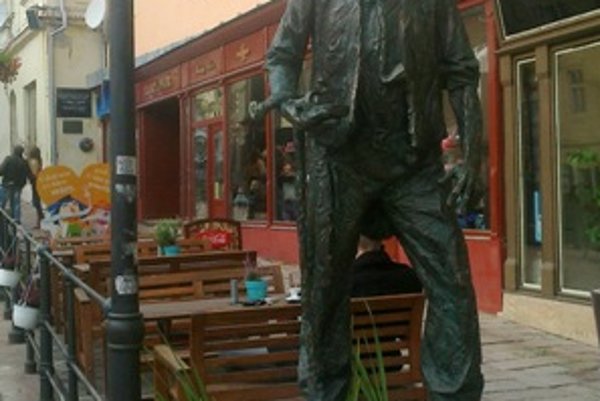 IN MID October, the statue of Nácko was erected in Banská Štiavnica on Trotuár Avenue, a personality who, in all likelihood, never existed in real life.

The creator of the 160-centimetre tall statue is sculptor Anton Gábrik, who won the architectural competition announced by the local town council. The jury selected his design from among three bids. The idea to build such a statue was introduced several years ago by the Banská Štiavnica-Hodruša Mining Association. Town representatives welcomed the idea, mainly because the fictitious personality of Nácko the Joker is connected with its rich mining history and cultural heritage.

“We are well aware of the fact that opinions concerning the implementation and placement of the statue can differ, but this is normal in a democratic society,” head of the department of culture, sports and media communications of the Town Office, Rastislav Marko, told the TASR newswire. “But we believe that this work will liven up the public space, just like similar statues did, for example, in Bratislava,” he added.

The costs amounted to €15,400. The statue was financed from a public fund-raising campaign, which has so far collected more than €7,000. The rest will be covered from the town budget.

Nácko was probably invented by local inhabitants. Jokes attributed to Nácko are now narrated at numerous local festivities, especially those related to mining. The first respected performer to tell such jokes was a professor at a local secondary school in the 1950s, Jozef Vášáry, the father of two popular Slovak actresses, Magda and Emília.