THOUGH many Slovaks are believed to use bank cards solely to withdraw cash, recent data show growing interest in contactless payments. More than 4.5 million contactless payments were made by bank clients in the second quarter of 2013 – 12 times more than in the same period last year – with €56 million paid through contactless transactions, the Slovak Banking Association (SBA) reported in August. 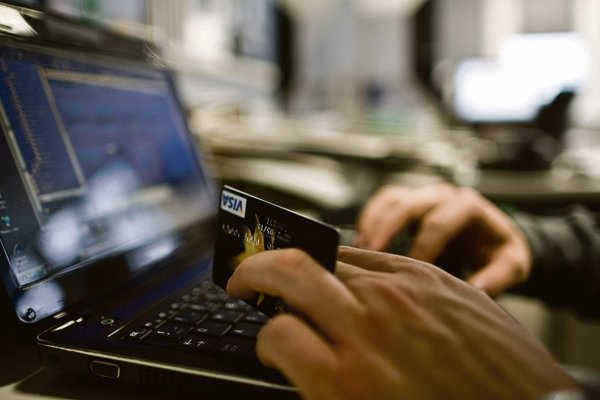 THOUGH many Slovaks are believed to use bank cards solely to withdraw cash, recent data show growing interest in contactless payments. More than 4.5 million contactless payments were made by bank clients in the second quarter of 2013 – 12 times more than in the same period last year – with €56 million paid through contactless transactions, the Slovak Banking Association (SBA) reported in August.

Associations active in Slovakia’s financial sector and companies that create payment cards agree that contactless payments are becoming popular since they offer a fast, convenient and secure way to pay for smaller purchases (with €20 being the maximum amount Slovaks can pay via contactless transactions). Companies expect contactless payments to increase, mostly due to new technologies and broader use of this payment method.

“Slovakia is a leader in contactless and mobile payments,” Katarína Galgóciová, spokesperson for the Association for Bank Cards, told The Slovak Spectator.

Several factors have influenced Slovaks’ interest in contactless payments. For example, Galgóciová said they seem to be inclined toward new technologies and they adapt quickly to technology updates. Moreover, people were attracted through various promotion campaigns and benefits offered by retailers allowing contactless payments.

Visa Europe and MasterCard Europe, multinational financial services corporations, have also noticed a rise in contactless transactions. According to them, this increase was influenced by a higher number of POS terminals as well as better awareness among cardholders of the benefits of contactless payments.

History of contactless payments in Slovakia

Some banks already offer cards which allow contactless payments. Tatra Banka has been issuing only contactless cards since 2010, its spokesperson Marína Masárová told The Slovak Spectator.

Slovenská Sporiteľňa also issues only contactless cards, and more than 60 percent of its clients currently use them, Milan Bednár, head of the card products department of the bank, told The Slovak Spectator.

VÚB Bank on the other hand still offers both contactless and traditional payment cards, bank spokesperson Alena Walterová said, as quoted by the Hospodárske Noviny daily.

A recent survey carried out by MasterCard showed that customers would like to use contactless payment cards at a variety of places. Up to 74 percent of respondents are willing to use them in supermarkets and food stores, while 55 percent said restaurants and public transport. Respondents also mentioned cinemas, theatres, news-stands and taxis as places for possible contactless transfers.

The survey also showed that 58 percent of Slovaks would like to use their mobile phones for transfers.

Both Visa and MasterCard said they want to extend the use of mobile phones in contactless payments. At the moment only Tatra Banka offers such a service, but other banks are expected to do so as well, Hospodárske Noviny wrote.

This system is already used in London, and the company has launched a pilot project in Poland. It also plans to increase the share of all Visa payments made through mobile devices to 50 percent by 2020, Marcel Gajdoš, country manager of Visa Europe for the Czech Republic and Slovakia, told The Slovak Spectator.

An essential factor for achieving this goal is to develop the card acceptance network, which is low in Slovakia. To change this, Visa will offer mobile POS terminals to retailers who do not have them yet, which will allow payments through smartphones and mobile phones with NFC technology.