ONE OF Bratislava’s traditional autumn events, the Month of Photography, will have its 23rd edition this November. The festival, unique in central Europe, is to feature a total of 30 exhibitions by photographers from more than 20 countries in four continents. 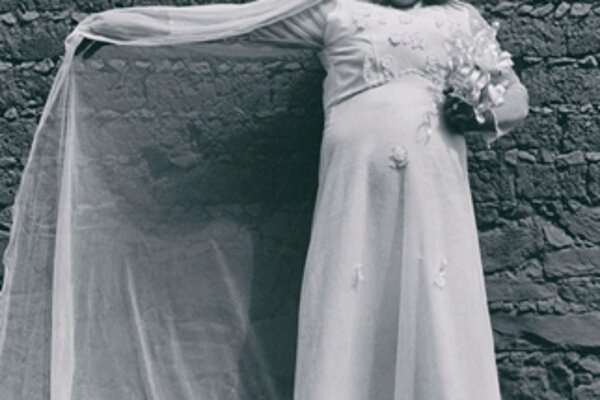 ONE OF Bratislava’s traditional autumn events, the Month of Photography, will have its 23rd edition this November. The festival, unique in central Europe, is to feature a total of 30 exhibitions by photographers from more than 20 countries in four continents.

“With the historical exhibition Mirror with a Memory at Bratislava Castle, we open the 23rd year of the Month of Photography,” the festival’s head Václav Macek told the TASR newswire. The exhibition shows the oldest portrait photographs in Slovakia, from the years 1840-1850, including a rare picture of the Štúrovci group, prominent figures from Slovakia’s national awakening, centred around the man who codified the Slovak language, Ľudovít Štúr.

“The pictures are made with the earliest photographic technology, the daguerreotype, which was invented in 1839, and was soon implemented on our territory,” exhibition curator Bohunka Koklesová told TASR. “This happened when national revivalism was blooming here, and these photos show the only preserved portraits of these period personalities. These are exceptional, original photos that could not have been copied,” she added.

Other older techniques featured at the festival include the ferrotype (also called tintype or melainotype) by Czech Vladimír Židlický, and gum bichromate by American Anna Strickland. Strickland, who lectures at the Rhode Island School of Design, will also give a workshop on the method.

Most exhibitions are concentrated in the House of Arts on SNP Square, including the Sony World Photography Awards collection, presented at the festival for the first time. Another interesting exhibition is that of the so-called Dancing Photographer, Youngho Kang of the Republic of Korea, in his European debut.

Moreover, other exhibitions can be seen in the Central European House of Photography (SEDF), which will host the works of renowned Mexican photographer Graciela Iturbide, a winner of the Hasselblad Award. The SEDF will also exhibit a retrospective of Slovak Anton Podstraský.

Slovak photographers and photos are well-represented this year, with a series of portraits of French cultural personalities by another photographer with an international reputation, the recently deceased Tibor Huszár, shown in the House of Arts. Slovak photos are also the focus of the Preoccupied with Beauty exhibition in the Slovak National Gallery, this time introducing the sometimes unexpected aspects of the socialist realism movement of 1950s in then Czechoslovakia.

Full information on the Month of Photography festival is at mesiacfotografie.sk and sedf.sk. A festival pass costs €13.