CZECH painter Emil Kosa, known for capturing Slovakia’s natural beauty and points of interest, was particularly taken with the picturesque scenery of Považie, in the Central Váh region. 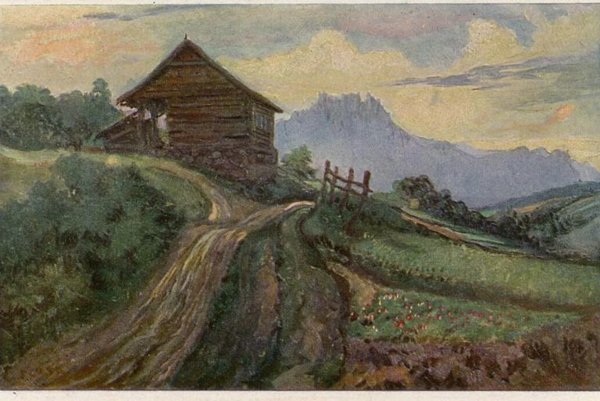 CZECH painter Emil Kosa, known for capturing Slovakia’s natural beauty and points of interest, was particularly taken with the picturesque scenery of Považie, in the Central Váh region.

In this print of a painting of his from a 1920s postcard, one can see Súľovské Skaly. The scene depicted here is part of a vast network of forests, meadows and rural villages, which many people have found attractive over the years. On the rocky ridge in the background behind the timber hut, the remains of a castle can still be seen, from which landlords controlled the whole area.

For several centuries the Súľov domain belonged to the Sirmiensis. They were from Sriem, in today’s Croatia, and were one of several families that came to Hungary from the Balkans and established a strong position here. However, the way in which the Sriem lords arrived differed from that of most of their countrymen: they fought with the Ottomans, rather than against them.

Sebastian Sirmiensis fought for Hungarian king Ján Zápoľský, who fought on the side of the Ottomans. But in 1529, while commanding an Ottoman river fleet during the siege of Vienna, he switched sides and joined Ferdinand Habsburg. This paid off, as he was awarded by the emperor and later accepted an offer to serve him. In 1550, Ferdinand granted him the Súľov domain, where the Sirmiensis family remained until the early 20th century.