SLOVAKS tend to own, rather than rent, their homes, with just 2.7 percent of flats nationwide available for rent. But the government is seeking to change this, as it will now allow developers to tap low interest loans in the hope that it will boost the number of rental properties on the market. Such loans were once only available to municipalities, families or non-profit groups. The Ministry of Transport, Construction and Regional Development has revised the law on the State Fund for Housing Development [ŠFRB] to incentivise private sector construction. 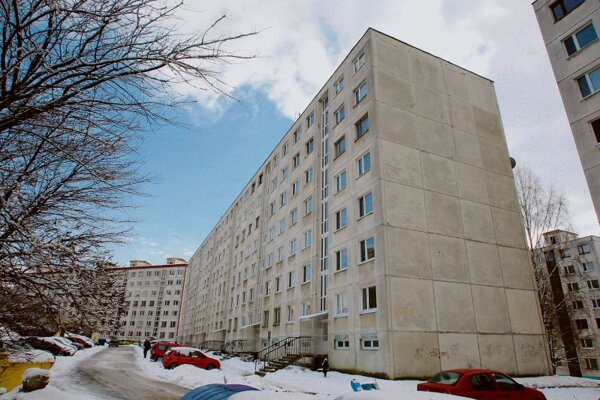 SLOVAKS tend to own, rather than rent, their homes, with just 2.7 percent of flats nationwide available for rent. But the government is seeking to change this, as it will now allow developers to tap low interest loans in the hope that it will boost the number of rental properties on the market. Such loans were once only available to municipalities, families or non-profit groups. The Ministry of Transport, Construction and Regional Development has revised the law on the State Fund for Housing Development [ŠFRB] to incentivise private sector construction.

“We believe that the private sector’s interests in such investments will gradually increase with state support and residents of Slovakia will enjoy new and affordable rental apartments after a couple of years,” Transport Ministry spokesperson Martin Kóňa told The Slovak Spectator.

The ŠFRB supports housing, especially for young families, through a system of advantageous loans and grants. Once the revision becomes effective in January, firms will be able to tap the funds under the same conditions. According to the new rules, the newly constructed flats would be available for people whose income does not exceed four times the minimum subsistence level, currently €198.09 per month for a single person and €138.19 for each additional member of the household, ŠFRB spokesperson Rastislav Lackovič told The Slovak Spectator. The minimum wage in Slovakia is €337.70 per month and the median income is €775 for men and €635 for women.

Firms and NGOs will have access to 30-year loans under the revised law, while municipalities will have 40 years. Interest rates are 1 percent and €60,000 is the maximum loan. Monthly payments for private sector and NGO ventures on such a loan would be €192.98, and €151.71 for municipalities, according to Lackovič.

There are 329 permanently occupied flats per 1,000 inhabitants in Slovakia, while other EU countries average well over 400, Zuzana Kusá, a sociologist with the Slovak Academy of Sciences (SAV), told The Slovak Spectator. She added that the current situation is partially caused by the traditional Slovak view that “only an owned home is a real home”.

During the communist regime, the rights of tenants of rented flats were almost equal to those of owners, i.e. state-run housing associations or municipalities. After Slovakia became independent in 1993, such flats were sold cheaply to their inhabitants, according to Kóňa.

“Therefore, ownership is still preferred [over renting], while rental housing is still seen as a short-term and temporary solution,” Kóňa said, adding, however, that people’s attitudes towards renting are gradually changing.

The actual rental market is bigger than official statistics suggest, since rent is often paid "under the table" to avoid taxes, Peter Goliaš, the Director of INEKO, an economic institute, told The Slovak Spectator. He is critical of the loan programme, which he said deforms the real estate market since non-rental housing is not supported.

Others however see the changes as a big step forward. The presdient of the National Association of Real Estate Offices of Slovakia (NARKS), Ján Palenčár, told The Slovak Spectator that state should propose even more stimuli if it really wants to boost home rentals.

The rental housing sector has no real tradition in Slovakia, thus the revision is an attempt to change this, and the result will only be visible after a few years, Kóňa said. Another reason for the low number of rental units is that rent is often more expensive than monthly mortgage payments, Palenčár added.

This disproportionate emphasis on owning a home means that children often delay leaving their parents’ house or move abroad to earn enough money to buy a flat in Slovakia, Kusá said. Sometimes they never come back.

Goliaš contends that state support of municipalities’ rental housing would further harm, rather than help, labour force mobility. He pointed out that people who receive advantageous housing are less motivated to leave their region for a job since they do not want to lose their affordable apartments.

Nevertheless, interest in construction of rental houses is already increasing and traditional citizens’ attitudes towards rental housing, particularly among young people, is changing, according to Kóňa.

“[Young people] already see rental housing as a full-valued alternative to home ownership because of their experience living abroad,” Kóňa said. “At the same time, [rental flats] allow starting families to postpone a decision on a long-term liability – a mortgage – to a time when their income is more stable.”

“Municipalities want to stabilise the number of their citizens and keep young families there,” said Marta Bujňáková of the Slovak Association of Towns and Villages (ZMOS) to The Slovak Spectator. “Therefore they want to offer them affordable housing and construct new rental houses.”

NGOs point to serious lack of shelters for homeless in Slovakia

MANY Slovaks still see homelessness as either a marginal problem or an aberrant lifestyle choice of a few alcoholics, rather than a serious social issue, NGO homeless advocates pointed out on World Homeless Day on October 10. They stressed that winter is approaching and most cities lack sufficient shelter for their homeless populations.

There is not a systematic approach to the problem and only minor legislative changes have been made as a result of pressure from NGOs, Sandra Tordová from Proti prúdu civic organisation told The Slovak Spectator.

“It is still true that homeless people are not even legally recognised; there is no official definition [of a homeless person],” Tordová said.

NGOs estimate that in Bratislava alone there are 4,000 people who have lost their homes while there are around 700,000 people living under the threat of poverty nationwide, according to Sergej Kára, a legal representative of Vagus, an NGO that works with homeless people in the Slovak capital, the TASR newswire reported on October 10. He added that due to poor legislation, NGOs often have to solve municipalities’ problems in this area.

To provide shelter for the homeless during the winter months, the city of Košice has prepared large capacity heated tents, and also relies on help from Archdiocese Charity, together with Oasis Hope for New Life (Oáza nádej pre nový život), an NGO. Since tent capacity is lower than the estimated need, the city gives preference to homeless people who last had permanent residence in Košice, city spokesperson Martina Urik Viktorínová told The Slovak Spectator.

Prešov and Nitra cooperate with churches to prepare homeless shelters as well, according to their representatives.

However, the key problem for the homeless is social housing, as there is a lack of cheap, public rentals, according to Tordová.

Long-term research has proven the validity of the Housing First movement, which promotes the idea that homeless people should first be guaranteed a place to live, and only then can they solve other problems, like alcohol addiction, Tordová said.