Public procurement in the Slovak Republic

Public procurement is a process which aims to ensure the proper functioning of state bodies by choosing the most efficient, transparent and cost-effective contracts and suppliers financed from public funds. Public funds are funds from the state budget of the Slovak Republic and European Union funds. Their distribution must obviously take place without any discrimination. 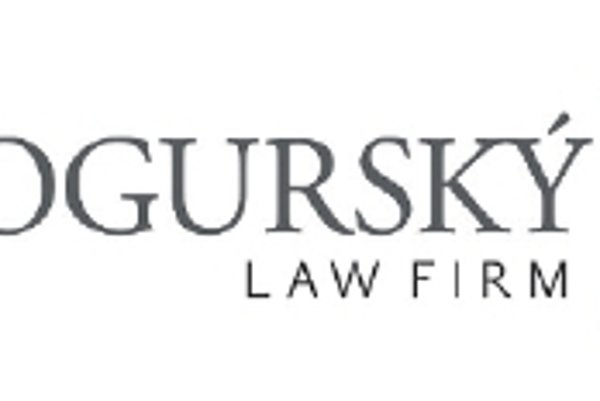 Public procurement is a process which aims to ensure the proper functioning of state bodies by choosing the most efficient, transparent and cost-effective contracts and suppliers financed from public funds. Public funds are funds from the state budget of the Slovak Republic and European Union funds. Their distribution must obviously take place without any discrimination.

Public Procurement is governed by Act No. 25/2006 on Public Procurement, as amended (hereinafter "the Act"). Public procurement in Slovakia is based on general principles not directly defined by the Act itself. On the other hand we can indirectly deduce from the Act’s provisions that procurement should reflect transparency, economy, efficiency and the absence of discrimination, and should respect ethical and moral values. The correct handling of public funds has always been and always will be a key factor in public satisfaction, will contribute to a peaceful social climate, and will also be reflected in other spheres of social, political and legal life.

The Act applies to orders for the supply of goods, carrying out of works, provision of a variety of services, tenders, and the administration of public procurement. In general, therefore, it provides a framework for orders for contracts in Slovakia, taking into account commitments arising from the country's EU membership.

Within the application of public procurement law, there should be a proper definition of an order and the object of the contract, whether that is goods, services or works. An order in procurement terms means a contract for pecuniary interest concluded between one or more contracting authorities or entities on the one hand, and one or more successful candidates on the other. Goods are products whose value can be expressed in monetary terms and which are likely to be the subject of commercial transactions. Services are not directly defined by law, but we can include financial, legal, handicraft and other services. By Construction works we mean all work associated with the construction, alteration, modification or removal of structures. But we should not understand design work, engineering services or project work as construction works: these are defined as services.

The main actors in public procurement on the side of the body that procures are the Public Contracting Authority and the Contracting Authority (also called the natural monopoly). Those who participate in the procurement (as supplier) are Applicants (or candidates), Interested Parties and Concessionaires depending on whether the subject of the procurement is a contract for goods, services or construction works. Together they can be called as tenderers. Each tenderer must prove its financial and economic status in order to demonstrate that it is able to meet the obligations which would arise from success in the public procurement process.

The Public Contracting Authority is the Slovak Republic represented by public authorities, municipalities or higher territorial units. It can also be a legal entity established solely for the purpose of meeting needs in the general interest, and which is, partially or wholly, financed or controlled by public authorities.

The entire procurement process, from defining the object, via its announcement, up to its completion by contractual agreement, is a huge process consisting of a large number of steps. The Public Contracting Authority proceeds step-by-step, declaring a preliminary notice, announcing the procurement, presenting competitive documents, requesting the submission of offers and evaluating them (to see if they meet the criteria and correspond to the conditions). Finally, the Public Contracting Authority determines the order of candidates and the most successful is offered a contract.

An explanation of the methods used in public procurement is perhaps the most crucial thing for each potential entrant wishing to participate in the process. The Slovak Republic respects the market economy mechanism, and therefore the use of methods based on fair and effective competition is understandable. The Act allows for the use of basic methods of procurement: by tender (Public Tender, Restricted Tender, Negotiated Procedure with publication and Competitive Dialogue); by a non-competitive procurement method (Direct Negotiated Procedure); and via additional forms of basic competitive methods (Electronic Auction, Electronic Marketplace, Framework Agreements, etc.).

A Public Tender (open procedure) is a procedure that is open to an unlimited number of candidates. It applies to all types of contracts (Above-limit and Below-limit). A Public Tender is announced publicly through the Official Journal of the Public Procurement Office. It is suitable for all objects of procurement (goods, services and works), regardless of the estimated cost of the contract and also for simple or complex procurement cases in which the object of the contract can be specified. A negative aspect of this method is that it can attract a large number of candidates, which may have the undesirable effect of prolonging the announcement of the winner of the tender.

Another procedure used in public procurement is a Negotiated Procedure with publication. In contrast to a Public Tender and a Restricted Tender, this procedure allows negotiation on the terms of a contract by the contracting authorities with selected tenderers during the tender process. A Negotiated Procedure may be used only after fulfilment of several statutory conditions stipulated in the Act. These conditions relate to cases where it is not possible to clearly identify the requirements for the pricing method, although the object of the contract is known. There may also be an inability to sufficiently determine other requirements. When previous attempts at procurement are unsuccessful due to irregularities in all offers (e.g. they did not qualify, were in conflict with the law, etc.), then it is also appropriate to use a Negotiated Procedure with publication. It should be noted that this method is currently being used with regard to contracts for legal services or other services for which the quality of provision is mainly dependent on the qualifications and experience of the natural person who provides them or performs them on behalf of a legal entity or person.

A Competitive Dialogue is a procurement method, in which contracting authorities also negotiate with tenderers during the procurement process. Public procurement by Competitive Dialogue is declared if there is a particularly complicated contract and, during its announcement, it is objectively impossible to describe exactly the object of the contract or its legal or financial conditions. Contracting authorities in such cases can overcome these difficulties only by negotiation with professionally qualified candidates, who present their informative basic ideas on the desired output and its framework characteristics. These are specified during subsequent discussions and recommendations by professionally qualified candidates invited as a final expression of the call for offers. Offers are then subject to normal competition, which is evaluated on the basis of best value for money. The Competitive Dialogue method is the loosest and least fettered by legislation and administration of all the procurement processes. This not only increases the power and authority of the Public Contracting Authority, but in particular the legal and social responsibilities for implementation of the general principles of procurement, namely its non-discriminatory and ethical aspects. Unlike other methods, the main aim of a Competitive Dialogue is to identify the best way to meet the needs of the Public Contracting Authority. Offers have to be evaluated only on the basis of the most economically advantageous bid.

The Direct Negotiation method is carried out only if a previous procedure has failed because no offers were received, because of unsatisfactory offers, because the object of the contract can be provided only by a particular supplier, or because the contract is being awarded due to an incident. The law, however, provides a number of additional conditions for Direct Negotiation. All have an exceptional nature in terms of objectives, time frame and social benefit.

The process for procurement means that following its initiation, publication of information on the opportunity to submit offers, determination of the conditions for participation, verification and opening of offers, and finally their evaluation, one candidate is declared the winner of the public procurement contract. However, victory does not necessarily mean the automatic award of a contract. If the winner fails to provide the contracting authority with "proper assistance needed to contract", the Public Contracting Authority may offer the contract to the second-placed candidate. If that candidate does not cooperate, the third in order will be offered the contract. "Proper assistance" depends on the type of contract.

For tenderers it is advisable to be aware of the fact that the law also provides for strict punitive-preventative provisions. Candidates which in the procurement process submit altered, false or otherwise misleading information to prove their ability to participate in the public procurement process will be prohibited from tendering for a period of three years. This is a strict provision that may have a potentially bankrupting effect for some candidates. Failure in the form of unfair submissions of information, in particular, does not need to be absolutely clear and intentional. Similarly, there is also a strict ban on participation in public procurement processes by candidates involved in contracts from which the Contracting Authority has been forced to withdraw due to material breaches by the contractor in question.

Mgr. Martin Táby is a lawyer with Čarnogurský ULC s.r.o. This article is of an informative nature only.
For more information, go to www.ulclegal.com.