GOOD journalism might make some people cancel their newspaper subscriptions, Pulitzer Prize winner Abigail Goldman said when admitting that journalists seem to have become overly worried about making people angry and are thus ready to compromise the very nature of their work. 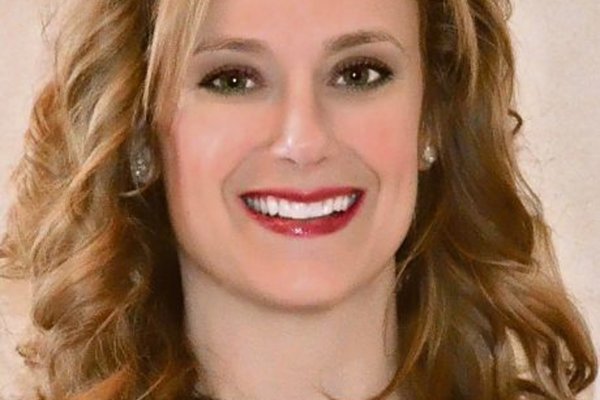 Goldman shared with The Slovak Spectator her views of the future of journalism, ethics and the education of young journalists prior to her visit in Slovakia in mid-November.

The Slovak Spectator (TSS): Journalism has experienced tremendous changes in recent years due to the economic crisis, but mainly due to the digital revolution. Are you optimistic about the future of newspapers as we know them today?
Abigail Goldman (AG): I definitely am optimistic about the future of newspapers, but I’m not sure they will look like the newspapers of today. It could be that the term “newspaper” will end up as a quaint anachronism, if, as many predict, the physical paper one day ceases to exist. Newspapers already have taken the first steps beyond the paper medium, using the web to distribute articles and multimedia investigations. I don’t care if readers access my work via the Web, tablet, Google Glass or smoke signal. What matters is that more readers from more places around the world are able to see our work. Of course, all of these ideas about the newspaper being more than paper assume that someone is able to figure out a way to pay for newsgathering and replace the lucrative display ad. The economic model is something I can’t predict; perhaps Jeff Bezos and the Washington Post can. I’ll be rooting for them.

TSS: What do you consider the biggest challenges newspapers are facing nowadays?
AG: Obviously the top priority has to be a way to continue to generate revenue in an industry in flux. However, they history of companies that are able to survive the whole-scale transformation of their industries is not good. Just ask the horse-drawn carriage and typewriter manufacturers. But I think that news organisations are far more than the physical product they produce. And that’s why the other challenge has to be maintaining the trust of our readers and viewers so that they, too, view newspapers as the news providers that are best able to tell them what they need to know.

TSS: How have these changes influenced the ethical requirements journalists need to meet?
AG: I think the ethical requirements essentially are the same, if not more stringent, than in earlier eras. Ultimately, we still are beholden to the truth, fairness and accuracy. Only now, our consumers can seek thousands of other sources of news rather than the dozens they might have found in the past. And they have ever more and powerful tools for evaluating our performance, with the ability to view live webcasts of the news events we cover and reading innumerable commentaries about those same events.

TSS: In Slovakia, you will talk about truth and its importance in journalism. How are journalists coping with the issue of truth nowadays?
AG: In some cases, I think journalists have gotten timid, afraid to come on too strong or push too far. Publications have watched their economic foundation crumble and their readership dwindle. Perhaps as a result, we’ve seen some public hand wringing about the direction papers ought to go that seem more like exercises in not making anyone angry. Good journalism might make people mad, and might even make some people cancel subscriptions. We have to accept occasional public discontent with a job well done or risk undermining the very strengths that can ensure our future: our ability to ferret out the truth about powerful people and institutions and present those truths in a compelling fashion.

TSS: In the digital era, information needs to be not only newsworthy and accurate, but also fast. News organisations are competing to be the first to report on events, and each second matters. How do you think that influences truth and its importance in news reporting?
AG: Reporters have struggled with being accurate while being fast for as long as there have been towns with more than one newspaper. If anything, the steady downturn during the last 20 years might have eased that burden: as the number of news outlets per town shrank, some journalists had the ability to be lazy, since they no longer worried about being first. The internet has meant a new era of competition among journalists. The danger comes from cut

TSS: You are now involved in training young aspiring journalists. ting corners to be first or resorting to sensationalism to gain readers.What qualities do journalists need to have nowadays, compared to the time when you first started working as a journalist in 1993?
AG: The biggest change is in the career ambitions of the students. The closest most of us came to thinking about working for ourselves was contemplating a career as a freelancer, which still meant reliance on the journalistic establishment. Because of the Web, students now are entrepreneurial in ways that wouldn’t have occurred to our pre-internet-era selves. Many students see themselves as their own brands, free to chart their own paths with or without the help of the big institutions. They are excited about the future of journalism and their ability to be part of the profession on their own terms and in their own way.

TSS: What are the current challenges that journalism graduates entering the media market are facing?
AG: Obviously, there are a shrinking number of traditional journalism jobs. But there are also myriad new opportunities because of the web and new media jobs that didn’t exist a decade ago.

TSS: You graduated from one of the world’s best journalism schools, and now you are teaching journalism students. What is the importance of a degree in journalism for journalists?
AG: A journalism degree has never been a requirement for doing this job, or even doing it well. For many of us, however, journalism school offered invaluable practice and an opportunity to learn from the profession’s best. Now, however, the profession needs people with ever more specialised skills: computer programming, web videography, social media fluency and other kinds of technical knowledge. What’s more, universities offer journalists a chance to become subject-matter experts and impart that knowledge to readers – an important way for journalists to distinguish themselves – offering dual degrees in such things as economics, public policy, international relations and many others.

TSS: You were awarded the Pulitzer Prize in the national reporting category in 2004. What does the Prize mean to you?
AG: The Pulitzer seemed to validate old-fashioned reporting and the ability of beat reporters to devise and produce their own investigative stories. My main co-writer and I were regular beat reporters who saw something on our beats that we thought was important. So we came up with our own series of stories for exploring that subject. At big papers, many times longer “project” stories are written by senior writers from special investigative teams or handed down from editors to their top-level writers. We weren’t special or on any vaunted team. We weren’t 25-year veterans. But when we finally convinced an editor to take a chance on letting us do this story, we found that we didn’t have to be. We just had to do the job the way we’d been doing it every day on much smaller pieces.