US culture in Slovakia

IT SEEMS that the presence of American culture in Slovakia is so strong that it needs little promotion. However, certain elements of the culture may still be unfamiliar to Slovaks, who may find there is more worth discovering. 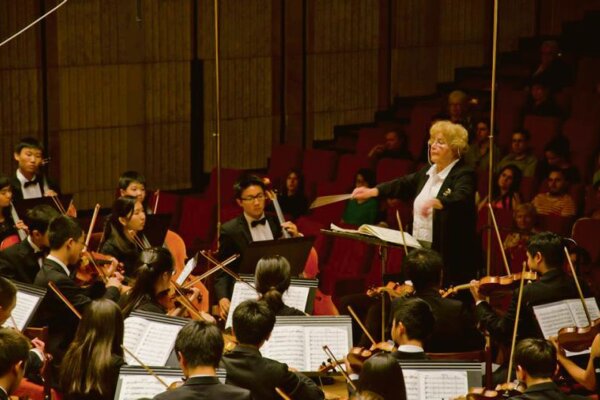 IT SEEMS that the presence of American culture in Slovakia is so strong that it needs little promotion. However, certain elements of the culture may still be unfamiliar to Slovaks, who may find there is more worth discovering.

“Projects to be funded by the US Embassy must either have an American component, such as the participation by an American or the showcasing of American works, to promote American values such as democracy, diversity, the rule of law and human rights; or to strengthen economic or commercial ties between our two countries,” Matthew Miller, the US Embassy to Slovakia’s press attaché, told The Slovak Spectator.

With this criteria in mind, the US Embassy supports a wide variety of events, including “more than 80 projects in the past fiscal year”, ranging from exhibitions and concerts, through grants for various film festivals to a grant to support a mentoring programme for women entrepreneurs in Slovakia, as well as the project 16 Days of Activism Against Gender-Based Violence.

Not all the events are concentrated in the capital: the embassy also supported an international hip-hop camp and competition this year in Banská Bystrica, called Outbreak. When asked about potential participation in the year-long European Capital of Culture Košice (ECOC) 2013 project, Miller said: “Yes! The embassy supported the visit of American sculptor Dan Graham, who visited Košice and installed a permanent sculpture pavilion as part of the city’s ‘Public Art Days’ project. We also supported the International New Music Festival, which took place in Košice, Bratislava and Vienna, and featured music by American songwriters.”

Some American musicians have enjoyed popularity in Slovakia ever since radio broadcasts started, but certain less mainstream genres have also managed to reach local audiences, as seen, for example, at the Bratislava Jazz Days festival in October. Two big ensembles also visited Bratislava in the summer: the El Camino Youth Symphony, a California-based ensemble, helped the Nadácia výskum rakoviny / Cancer Research Foundation raise money at for a diagnostic device and the San Jose Youth Symphony featuring Sofija Nedic, both performed in Bratislava in July.

The Slovak Spectator asked if the embassy supported any events to mark the 20th anniversary this year of US-Slovak diplomatic ties. Miller responded: “Yes and no. The projects we have supported over the past year are typical of what the embassy supports every year; though this year, there were some projects that were specifically focused on the anniversary, including the creation of a photo exhibit that has been travelling throughout the country, most recently opening at the University of Prešov.”

However, it does not appear that the embassy’s cultural activities will die down once the 20th anniversary is over, as evidenced by just a few of the upcoming events. The Omni Quartet, featuring musicians from the Cleveland Orchestra, will perform at the Primate’s Palace on November 19 to celebrate the sister city relationship between Cleveland and Bratislava; the Chris Byars Quartet will tour across Slovakia in December; an embassy-funded exhibit to highlight diversity and tolerance will open in April 2014 in the Slovak Children’s Museum; and a special photo exhibit will open at the University Library in Bratislava on International Human Rights Day (December 10), entitled “Speak Truth to Power”, sponsored by the InfoUSA Center, highlighting the work of human rights activists from around the world.

Miller concluded by saying that the Slovak public has been very receptive to the US Embassy’s programmes, stressing that the majority of their projects are conducted in partnerships with Slovak organisations and often initiated by those organisations.