Slovakia will remove the last barrier for foreigners wishing to acquire agricultural and forest land. People from other European Union countries will be subject to the same conditions as Slovaks as of May 2014, as part of the latest amendment to the Foreign Exchange Act prepared by the Finance Ministry. Yet, it is possible that the state will require potential applicants to have the relevant education and land management experience. Not everybody, however, agrees with such practices. 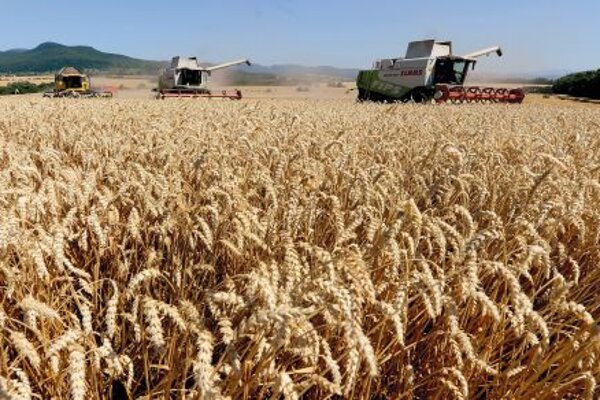 It will be easier for foreigners to acquire land in Slovakia. (Source: TASR)
Font size:A-|A+0

Slovakia will remove the last barrier for foreigners wishing to acquire agricultural and forest land. People from other European Union countries will be subject to the same conditions as Slovaks as of May 2014, as part of the latest amendment to the Foreign Exchange Act prepared by the Finance Ministry. Yet, it is possible that the state will require potential applicants to have the relevant education and land management experience. Not everybody, however, agrees with such practices.

The requirements are part of the Agriculture Ministry’s draft proposal of a new law on acquiring agricultural land. It proposes a requirement that owners are competent to manage the land and have permanent residence in the municipality where it is located. The ministry will unveil the specific rules by the end of December 2013.

“The aim of the Agriculture Ministry is to secure the effective use of agricultural land for agricultural purposes, and not for building industrial centres or residential construction,” Peter Hajnala, head of the ministry communications department, told The Slovak Spectator.

However, Zsolt Simon, former agriculture minister and current Most-Híd MP, considers the law to be a “marketing move”, adding that the proposal is at odds with the constitution.

“We are going to limit a large number of people to a chosen few,” Simon told the Sme daily.

The Slovak Agricultural and Food Chamber (SPPK), on the other hand, says the new rules will prevent speculative land purchases. Up to 39.82 percent of land has been purchased by people who were difficult to identity and for purposes that were unclear, according to the statistics provided by the ministry. Real estate agencies and law firms have acquired about 60,000 hectares for their clients who do not farm on them, reads the ministry proposal.

Slovakia can pass measures restricting land acquisition in order to protect nature and the land. However, these measures should not discriminate against people from other EU countries. This means that if an Austrian graduated from an agricultural school in Austria, Slovakia would have no reason to prevent him from buying land, Andrej Leontiev, from TaylorWessing e/n/w/c Attorneys at Law, told The Slovak Spectator.

Currently, only foreigners who are Slovak citizens or citizens of any EU country with temporary residence in Slovakia can acquire land which they have been managing for at least three years. According to the amendment, based on international regulations, foreigners with Slovak citizenship and also citizens of any EU country or member of the European Economic Area can acquire land under the same conditions as Slovaks, Radko Kuruc, advisor to the finance minister, told The Slovak Spectator.

But, the SPPK says the ban for foreigners was not very effective since they could establish a company in Slovakia which could then purchase the land. UniCredit Bank believes that foreigners control about 40,000-45,000 hectares of Slovak land, of which they own about 25,000 hectares, SPPK spokesperson Stanislav Nemec told The Slovak Spectator.

The number could be even higher since there are no official statistics, Nemec added.

LAND FOR EXPERTS ONLY

There will be two basic conditions required for ownership of agricultural land; graduation from agricultural school and a specified length of time spent farming land that applicants will rent from the state. People without an education in agriculture will have to farm the land for a longer period than those who have one. According to the ministry, applicants will be allowed to rent the state-owned land without restrictions. The requirement to farm land for a certain period of time will not apply to farmers younger than 40, or to family farms, according to the proposal.

The applicants will also have to have permanent residence in the municipality in which the land is located. If not, the prospective land buyer will have to rent the farm and use it for a certain period of time, the proposal reads. The ministry has not specified how long it will take. Farmers will also have to prove that they are actively farming the land, the proposal reads.

The new rules will not affect agricultural land in developed areas or land that, according to the land plan, can be used for non-agricultural purposes, the proposal reads.

The ministry will also not approve the acquisition of land by foreigners outside the EU whose homelands do not allow Slovaks to buy their land.

The SPPK does not consider the restrictions in relation to land ownership rights to be at odds with the constitution since it will not affect the right of the owner to sell the land. It will only set rules for new acquirers, Nemec explained. He added that several EU countries have rules to protect land, and even require agricultural experience when purchasing land.

Nemec predicts that the requirement for prospective land buyers to have permanent residence in the relevant municipality will change after further discussion, and will allow the purchasing of land even in municipalities where the prospective buyer conducts business.

Leontiev, however, expects that the Agriculture Ministry proposal might result in foreign companies again purchasing land through a Slovak company that employs people who formally meet the criteria.