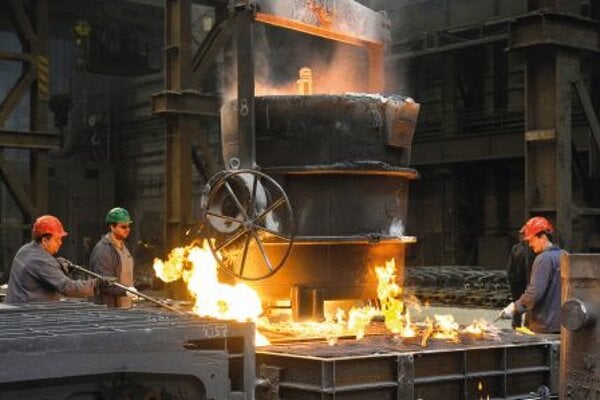 While the Economy Ministry, which authored the new rules, says changes will remove regional differences and help poorer parts of the country, foreign companies are questioning parts of the new law. Chief among the changes is the requirement that firms receiving aid hire new workers.

“The aim is to create conditions to provide investment aid to a broader group of entrepreneurs, and motivate business entities to actively join solutions to local employment and contribute to moderating the impacts of the global financial and economic crisis,” Economy Ministry spokesman Stanislav Jurikovič told The Slovak Spectator in March.

Jurikovič explained that the original law was prepared in 2007, at a time when big investments were coming to Slovakia that supported economic growth and creation of new jobs. However, currently there are fewer big investments, he said. Moreover, the state has had to pass budget cuts during the intervening years of the economic crisis that have deterred some potential ventures.

Martin Vlachynský, an analyst with the Institute of Economic and Social Studies (INESS), warns that new jobs created through stimulus are unsustainable.

“Stimuli are a tool to redistribute limited sources among entrepreneurs, and as such cannot create new jobs,” Vlachynský told The Slovak Spectator.

To qualify for state aid new companies must create at least 40 new jobs. Those firms which have already established presence in the country must increase their payroll by at least 15 percent of the average number of new jobs created during the previous three years, with a minimum of 40 jobs. The ministry also lowered the sum for procuring tangible and intangible property in order to support a wider range of enterprises, especially small and medium-sized companies.

Applicants in the industrial sector are required to expand production by at least 15 percent of the average reported during the previous three years, and to increase the number of workers with a university education to 70 percent at technological centres and 60 percent at strategic services centres.

The state also differentiates between applicants and gives the maximum amount of investment aid to sectors with higher added value whose development is in the priority interest of Slovakia, according to the regulation passed in February.

In districts where the unemployment rate is lower than the overall average, the state does not provide investment aid for the industrial and tourism sectors in the form of contributions for every newly created job, according to the changes.

The Economy Ministry says that during the first six months after the changes became effective, it has registered 10 new investment projects which focus on regions with high unemployment. Investors plan to create about 2,000 new jobs in the Banská Bystrica, Prešov and Košice regions, Jurikovič told The Slovak Spectator. Yet, none of these investments is higher than €100 million, which is a result of their lower accessibility, he explained.

Many from outside Slovakia are questioning the wisdom of the changes. As the new rules have tightened the requirements for receiving investment stimuli, it seems questionable whether they will improve the employment situation in economically weak regions, said Markus Halt, spokesman for the German-Slovak Chamber of Commerce.

“Tax hikes and the new Labour Code, as well as the difficult economic climate, have rather made companies postpone investment projects,” Halt told The Slovak Spectator.

Moreover, because of the crisis fewer new companies are coming to Slovakia. The state allocates the money mostly for companies expanding their existing plants, added Jake Slegers, executive director of the American Chamber of Commerce (AmCham). Yet, AmCham views the trend positively since it “contributes to the long-term preservation and development of companies in Slovakia” which offer stable job opportunities, Slegers told The Slovak Spectator.

Though investment stimuli are one of the most common forms of encouraging firms to establish new manufacturing facilities or expand production, there are several other methods the state has used for helping big investors.

This was the case with the biggest employer in eastern Slovakia, U.S. Steel Košice (USSK). The parent company announced in November 2012 that it was considering offers for USSK. One of the reasons cited for considering a sale were the increased fees paid to the operator of the national grid, the Slovak Electricity Transmission System (SEPS).

The Slovak government immediately announced talks with the steelmaker and a memorandum of understanding was signed upon the return of Prime Minister Robert Fico from a whirlwind two-day trip to the headquarters of U.S. Steel in Pittsburgh in March 2013. In it, the state promised to reduce the energy bills and guaranteed that as of January 1, 2014 some laws, such as the law on renewable energy sources, would be changed to allow the company to receive state support for reconstructing the boilers in its on-site power station. In return, U.S. Steel agreed to preserve employment and not enact mass layoffs at its Košice subsidiary.

Fico said that some of the state aid to be given to the firm will last 15 years. He stressed that Slovakia was not providing any “direct investment stimuli from the state budget” to get U.S. Steel to stay, and added “nor are tax holidays involved”, the SITA newswire reported.

Regarding the investment stimuli aid, several media outlets reported in 2012 about plans to allocate more than €121 million to 10 companies backed by foreign investors, including two firms that would not create any new jobs. Ružomberok-based paper mill Mondi SCP, operating in Žilina Region, received €25.4 million and Samsung Electronics from Galanta, Trnava Region, got €19.8 million. In return they agreed with the Economy Ministry to secure 766 and 760 jobs respectively for six years.

Similar agreements occurred in 2013. The government planned to allocate €21 million for Grandwood Holding, which promised to create 390 new jobs in the Ferovo industrial park in Vranov nad Topľou, Prešov Region. This would have been a record stimulus of nearly €55,000 for the creation of each job. However, after suspicions emerged in the Slovak media of Grandwood making false claims about having international ties and forging a bank guarantee, the company withdrew its plans.