Slovakia remains the smallest industrial space market with the lowest vacancy rate in central Europe. Market watchers say this reflects the current economic situation and high competition in the region, and believe prospects are good for building new industrial space along highways around Žilina and Košice. 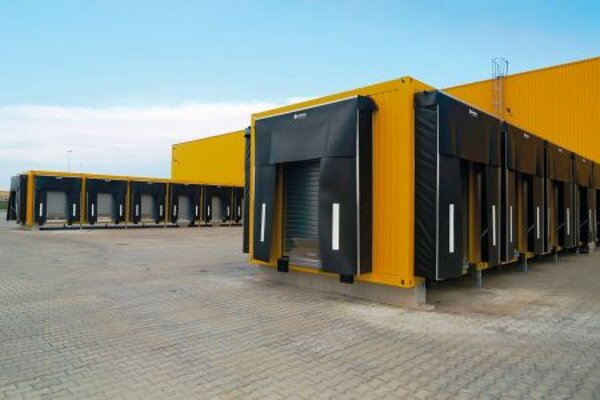 Slovakia remains the smallest industrial space market with the lowest vacancy rate in central Europe. Market watchers say this reflects the current economic situation and high competition in the region, and believe prospects are good for building new industrial space along highways around Žilina and Košice.

Real estate consultancy firm Cushman & Wakefield estimates that the vacancy rate, one of the main indicators of the development of industrial space, is about 4 percent.

“This puts Slovakia into a situation similar to 2010 and 2011, when there was only a limited amount of vacant industrial space for new companies or expansion of companies already established [in the existing premises],” Martin Baláž, head of the industrial and retail warehouse office at the Slovak branch of Cushman & Wakefield, told The Slovak Spectator.

In 2012 over 82,000 square metres of industrial space was built, most of which was built speculatively, i.e. without any pre-lease contracts. Most of this space was rented out in the first three quarters of 2013 and Baláž expects the rest to be leased by the end of 2013 or early 2014.
“I expect that the vacancy rate will continue to decrease, since we do not register any speculative construction to be completed in a short period of time,” said Baláž. “The vacancy rate may shortly get close to 2 percent, which is not good for the market at all because companies do not have space to expand and thus they may decide [to go to] neighbouring countries that still have these possibilities.”

In this respect Baláž said that the vacancy rate in the Czech Republic is 6.8 percent, 11 percent in Poland and 22 percent in Hungary. In general, 10 percent is considered to be a ‘healthy’ vacancy rate.

Baláž stressed that the economic situation has a significant influence on the industrial space sector.

“As soon as the economic or political stability worsens, this affects the interest of investors in Slovakia,” said Baláž. “This is even underscored by the fact that Slovakia borders countries which also compete for each foreign investment, creating a difficult competitive environment for Slovakia.”

According to Peter Bahník, who handles customer relations at Karimpol International Slovakia, one of the industrial real estate developers in the region, the situation with the industrial space market has not changed significantly over the last few years, reflecting the economic reality of Slovakia, which is characterised by decreased economic growth, reduced consumption, growing public debt and the inability of the state to create more favourable conditions for the business sector. This results in increased pressure on logistics providers, especially with regard to the price of their services.

“This is the reason why new construction of warehouse spaces has diminished, and we can see a significant decrease in speculative construction, which clearly indicates weak activity in the industrial market,” Bahník told The Slovak Spectator, adding that in spite of this, the logistics sector remains stable.

Martin Polák, the vice president and market officer of Prologis in the Czech Republic and Slovakia, is more optimistic.

“After several years of economic downturn the market is slowly recovering and our customers are more eager to sign long-term leases,” Polák told The Slovak Spectator when describing the current situation of construction and occupancy of logistics parks in Slovakia, admitting that demand for industrial space across central and eastern Europe varies depending on the market.

For example, in Poland, Prologis recently signed a deal for the fourth built-to-suit project in less than two years in Prologis Park Wroclaw V. As Prologis’ portfolio in the Czech Republic and Slovakia is more than 95 percent occupied, it is focused on further development of its parks in both countries. The developer, which is the leading provider of industrial space in Slovakia, has a land bank with building permits in place and is able to start construction immediately after signing a contract with a customer. Following the decrease in available space in the Slovak market, a 24,500-square metre facility in Prologis Park Bratislava was delivered. This building is now more than 70 percent leased, said Polák.

“In spite of the younger market, Slovakia was able to compete with neighbouring countries and draw several supranational distribution centres,” Bečár told The Slovak Spectator, citing Whirlpool and Mobelix. “Out of the neighbouring countries Slovakia has the lowest vacancy rate of warehouse premises of the A category, which caused a revival of the market from the viewpoint of new construction in this segment. After a longer period of time, speculative construction to satisfy demand for new halls quickly has also occurred.”

Bahník pointed out that rent levels in the strongest countries, such as Poland and the Czech Republic, are different and that their size and economic backgrounds enable them to approach completion of their projects differently. Statistical indicators of new construction and vacancy rates in the Visegrad Four indicate that developers are being cautious when investing in construction of new premises without signed pre-lease contracts.

The growing popularity of shopping on the internet poses new challenges for providers of logistics and warehouse services.

“Out of presently built industrial and warehouse spaces for leasing, only a very small portion is leased by companies dedicated exclusively to e-commerce,” said Baláž. “E-shops, with some exceptions, operate in older and smaller warehouse premises. But when we take into consideration retail in general, it makes up as much as 28 percent of all leased warehouse spaces in Slovakia.”
Baláž added that apart from this, logistics companies have leased as much as nearly 50 percent of all rental warehouse and industrial premises and that many retail companies use logistics companies for storage and distribution.

“Thus, retail is a very important part of the market for warehouse and industrial space,” said Baláž.

Polák listed e-commerce market growth and reconfiguration of retailer supply chain networks as one of the main factors driving demand for distribution space.

“The e-commerce sector is steadily growing and is becoming an important driver for distribution facilities development in Europe and worldwide, including Slovakia and the CEE region,” said Polák, adding that his company observed last year that in Europe 20 percent of its build-to-suit activity could be traced back to e-commerce. Also, in the last five years e-commerce sales have risen by 61 percent in western Europe.

The development of e-commerce has brought new requirements for logistics and warehouse premises in Slovakia. Bečár forecasts that, thanks to e-commerce, large hubs over 30,000 square metres in size which are focused on consolidation of warehouse stocks, and whose location will depend on costs for storing, will be built. He also expects development of smaller regional cross-dock centres between 3,000-5,000 square metres in size, which will be closer to the customers and thus have more flexibility when delivering goods.

P3 already feels the impact of these trends. Bečár cited the company GMB as an example of the growing demand for smaller logistics premises, which operates a network of shops selling musical instruments, and which has rented about 1,000 square metres of its facility in Bratislava. Earlier this year P3 built a 3,400 square metre distribution hall for DHL Express, which is interconnected with the area of the Bratislava airport.

“DHL has created here a new distribution node, which supports the quickly growing number of clients of this company in Slovakia and serves as a strategic node for the operation of DHL Express in Austria and the Czech Republic as well as a transit node for the Balkan countries,” said Bečár.

According to Bečár, logistics real estate changes to reflect the changing requirements in the labour force, as the work in such premises no longer involves only storing and handling of goods, but also includes packing orders and other responsibilities.

Polák said that the e-commerce industry typically requires a handful of specialised activities within the facility, such as smaller batch order picking, individual order shipping and returns processing.

Karimpol International Slovakia sees e-commerce and related logistics services as promising, with prospects for a bigger share of the total industrial real estate market. But in this respect Bahník told The Slovak Spectator that currently the decisive factor is the quality of the offer of the e-commerce service and the willingness of people to shop in this way.

Polák of Prologis expects, in Slovakia and the whole CEE region, stable growth in the market, which should take the form of an increase in new development activity – and not only in built-to-suit projects, but also a moderate increase in speculative development.

“Markets with low vacancy may witness a rent increase,” said Polák. “However, we do not expect any significant changes within the market as a whole.”

Among factors that will influence this, Polák listed the mood of the customers, their approach to long-term strategies and the market trend in general.

With regard to expectations, Bečár pointed to existing differences between countries.

“The development in Slovakia was slower; Slovakia is nevertheless a young market,” said Bečár. “Most warehouse premises have centralised in the Bratislava region, where there are about 80 percent of all warehouse premises. This means that the offer in Slovak regions is lower, as there are no stabilised developers or larger developed logistics parks. Slovakia has, with regards to its locality, prospects for further development within central and eastern Europe, but it is necessary to invest in improvement of infrastructure and service for investors from all participating sides.”

Bečár ranks the Czech Republic among the most developed countries in the CEE region in terms of logistics real estate, and the number of premises available and their position within the whole country. The Prague region is home to about 40 percent of the country’s warehouse premises, with the remaining ones in other regions.

Bahník of Karimpol, which is active in Slovakia as well as the Czech Republic, Poland, the Netherlands, Luxembourg and Austria, and which focuses in the Slovak market on speculative construction, expects continuity and does not anticipate any significant changes, especially with regard to the supply of warehouse premises, which he expects will grow in accordance with the requirements of renters of industrial space.

In Slovakia Bečár also expects construction to continue outside Bratislava Region, especially around Žilina and Košice.

“Even though these regions are not as important as the Bratislava one, which lies on one of the main European logistics arteries, from the viewpoint of location they will increase their potential,” said Bečár. “We will continue to see demand especially from the automotive industry. In the future we also expect an increased demand from retail companies. Everything will depend on demand, which is affected by other CEE countries and their development activities.”

“During the last two years the industrial zone in Košice near the airport also started to develop more significantly,” said Baláž, adding that the development company Immorent already built a second hall there this year on a speculative basis.