SLOVAKIA was once littered with trade routes, and Plavecký Štvrtok, a village in the Záhorie region, is one of many containing signs of its history as a trading town. 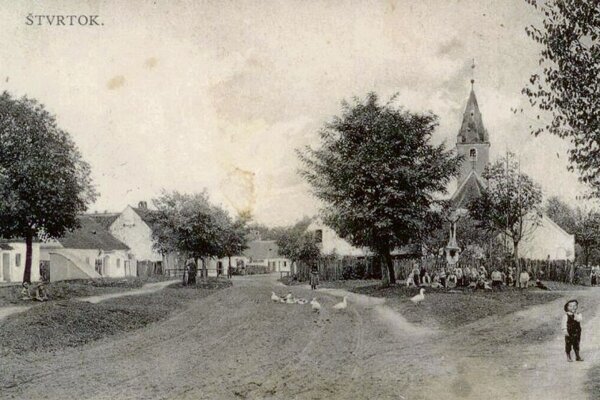 SLOVAKIA was once littered with trade routes, and Plavecký Štvrtok, a village in the Záhorie region, is one of many containing signs of its history as a trading town.

In the north, precious metals were extracted and exported to the whole of Europe, in all directions, while the south was heavily agricultural. Given the country’s location in the centre of inland Europe, it was traversed by a web of trade routes. Dwellings that emerged on the main roads or near castles along these routes had a big advantage.

The names of some trading towns reflected the days on which their markets were held. As the most frequent market days were Wednesday, Thursday and Saturday, we have the above mentioned Plavecký Štvrtok (Štvrtok means Thursday), Dunajská Streda (Wednesday) and Rimavská Sobota (Saturday). Markets were also organised in Trhovište (trh means market, trhovište is a market place) and Predajná (predaj means sale). A road toll, mýto, was paid in the municipality of Mýto pod Ďumbierom. In the time of Great Moravia, a slave market existed in Otrokovice (otroci means slaves).

Today, Plavecký Štvrtok is not a busy market centre, and it no longer resembled one in the 1920s when this photo was taken. Yet it had all the attributes of a historical trading village: a calvary, unpaved roads, freely roaming geese and, of course, a horde of curious villagers posing for the photographer. Unfortunately, they are not clearly visible, as they are flocked around the cross in front of the local church.