THE CULTURAL Monument of the Year competition held annually by the Slovak Culture Ministry brings attention to the work of owners and restorers of cultural monuments, and to highlight renewal efforts in historical zones. 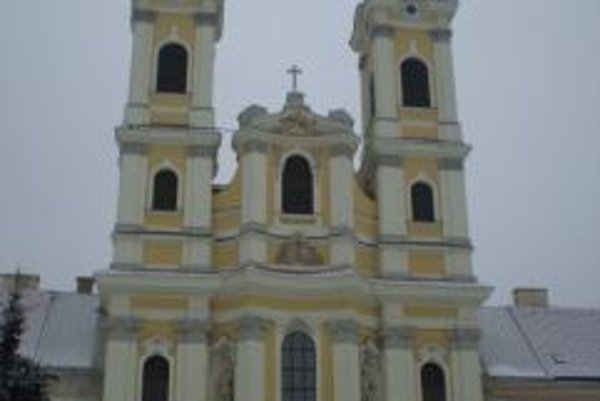 THE CULTURAL Monument of the Year competition held annually by the Slovak Culture Ministry brings attention to the work of owners and restorers of cultural monuments, and to highlight renewal efforts in historical zones.

The awards for the eighth year of the competition were announced on November 15 in the Hall of the Culture Ministry in Bratislava, along with the Fénix (Phoenix) prize for the biggest contribution to the preservation of Slovak monuments. From a total of nine registered restoration projects (which had to be completed by 2012 to qualify), four were awarded in the category of Renewal and Restoration of National Cultural Monuments: the restoration of the southern façade of the John the Baptist Church in Jasov, the Medieval presbytery in the Evangelical church in Rimavské Brezovo, the oldest organ in the St Nicolaus Basilica in Trnava, and the mural paintings in the presbytery of St Jacob/James Church in Levoča.

The prize, a bronze phoenix statuette, comes with a diploma for contributing to preservation, the ministry informed in a press release. The Cultural Monument of the Year is the only cultural heritage award that also includes financial rewards for the monuments’ owners in the form of a €8,300 cheque from a member of the board of the award’s partner, SPP gas utility, Marián Valko. “For 10 years we’ve been solving the issue of financing the salvation, conservation, protection, renewal and use of national cultural monuments in Slovakia, through the Culture Ministry’s grant programme Let Us Renew Our Home,” Valko said.

“Many castles, mansions, churches, burgher houses, but also valuable items like paintings, altars gained new representative looks, and often also new ways of use. Some of them are even part of the UNESCO world heritage sites. So far, we have supported more than 200 projects with a total of more than €15.7 million.” he added. The third institution to take part in the award ceremony was the Association of Historical Towns and Villages of Slovakia.

The expert jury handed out three honourable mentions to projects preserving Slovak cultural heritage: Jozef Porubovič and Peter Gomboš for restoring the main and southern naves, the southern oratory and the Chapel of the Holy Cross in the St Elisabeth Cathedral in Košice; Miroslav Šurina and Vladimír Višváder restoring mural paintings and the embossed golden stucco decoration in the Renaissance alcove and adjacent room in the south-eastern corner on the second floor of Bratislava Castle; and to Vilma Žáková for her personal contribution to renewal work on a burgher house in Modra.