Late payments, an increased number of bankruptcies and legal proceedings started to claim receivables due from debtors have forced entrepreneurs to change their habits and be more careful. Legislative changes adopted recently continue to follow this trend and aim at making the position of debtors more difficult. 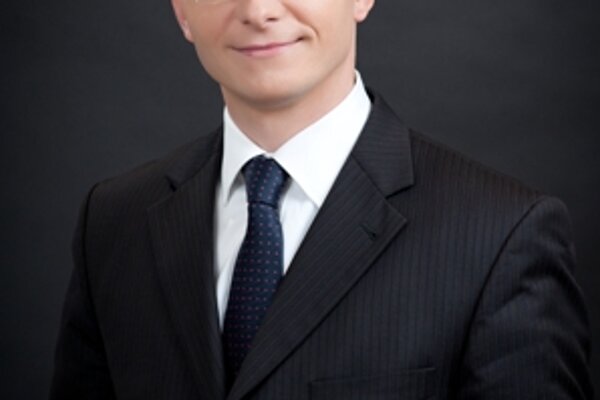 Late payments, an increased number of bankruptcies and legal proceedings started to claim receivables due from debtors have forced entrepreneurs to change their habits and be more careful. Legislative changes adopted recently continue to follow this trend and aim at making the position of debtors more difficult.

On February 1, 2013, an amendment to the Slovak Commercial Code came into force, which introduced the maximum period for payment of debtor’s monetary obligations. Now, a debtor’s monetary obligation, arising from the delivery of goods or services, and specified by contract, may not exceed 60 days (i) from the date of delivery of the creditor’s invoice or (ii) from the date of the creditor’s performance, if the perform-ance occurred after the invoice was delivered; or (iii) from the day of verification of the creditor’s performance, if required. Under the new amendment, contracting par-ties may agree to a longer period for payment only if such an agreement is not grossly disproportionate to creditor’s rights and obligations arising from a contract. Unfortu-nately, the new amendment fails to adequately define what “grossly disproportionate” means. The standard as to whether a longer agreed period of payment is grossly dis-proportionate will be based on the same criteria used to determine whether a contrac-tual condition or business practice is unfair. Specifically, courts will consider whether the payment period is in compliance with principles of honest business relations, the nature of the subject matter of the agreement, or the existence of a justified reason for the debtor’s deviation from the statutory period of payment. Such a vague term natu-rally will invite varying interpretations, leading to legal uncertainty. As a result, con-tractual parties will presumably abide by the statutorily limited period of payment and demonstrate increased payment discipline.

The abovementioned provision regarding the period of a debtor’s payment goes hand in hand with new provisions regarding debtor default. If a debtor defaults on its monetary obligations (even if only partially), a creditor is entitled to demand default interest in a contractually agreed amount without any special notice. Prior to this change, in commercial relations, if the amount of default interest was not agreed to, debtors were obligated to pay default interest stipulated by civil regulation. The new law draws a distinction between commercial and civil agreements. For commercial agreements, the amended Slovak Commercial Code stipulates the debtor’s obligation to pay the default interest in the rate stated under a Slovak Government Regulation No. 21/2013 Coll., which exceeds the base interest rate of the ECB as of the first day of the default by 9 percentage points (note that this is significantly higher than the 5 percentage points under the “more friendly” provisions governing civil agreements under the Slovak Government Regulation No. 75/1995 Coll.).

Contractual agreements stipulating default interest rates grossly disproportionate to creditor’s rights and obligations arising from a contract are subject to the same stan-dard of review as extension of payment periods mentioned above.

Finally, an important amendment to the Slovak Act on Bankruptcy and Restructuring regarding corporate bankruptcies is worthy of note. The amendment, which came into effect on January 1, 2013, introduced a new definition of “heavily indebted party” and may present an increased risk that more enterprises may go bankrupt. A heavily indebted party is a party that (i) is obliged to keep accounts under the Slovak Act on Accounting;(ii) has more than one creditor and (iii) the value of its obligations ex-ceeds the value of its property.

The previous regulation considered whether the debtor’s obligations fallen due ex-ceeded the value of its property. As a result, the regulation enabled an enterprise showing a loss in the long term to continue to operate, despite not having sufficient property to cover its obligations. The actual definition of “heavily indebted party” takes into account all debtor’s liabilities, excluding obligations connected with subor-dination or that can be satisfied as subordinate receivables. The value of all obliga-tions and property is set on the basis of accounting or expert opinion. Furthermore, to eliminate the possibility of a strict determination of “heavily indebted party” by means of a “property minus liabilities” evaluation, the amendment also measures po-tential results of further property administration or further enterprise operation, if, considering all circumstances, it appears reasonable to expect that it will continue to administer property or operate the enterprise.

Only further practice will prove whether the abovementioned legislative changes, in-tended to eliminate the late payments and undertaking of heavily indebted enterprises will bear the expected results. One thing is certain however: the abovementioned changes will “clip the wings” of the debtors even further.

This article is of an informative nature only. Should you need any further information on the issues addressed in this article, please contact our Law Office Noerr s.r.o., Tel: +421 2 59 10 10 10, Email: recepciaba@noerr.com, www.noerr.com

Noerr is a leading European commercial law firm with 480 professionals in Ger-many, Europe and the USA. Our core business is providing excellent, partner-led and interdisciplinary legal and tax advice, which is academically based, innovative and result-oriented. The expertise has been consistently ranked amoung the best practices in the leading publications on the legal market, such as Chambers, Legal 500 and ILFR.
Noerr has been honoured under several headings including from The Lawyer – “European Law Firm of the Year”, by Chambers Europe - “Client Service Law Firm of the Year” and by Legal Business Awards - “International Law Firm of the Year – “Highly recommended”.