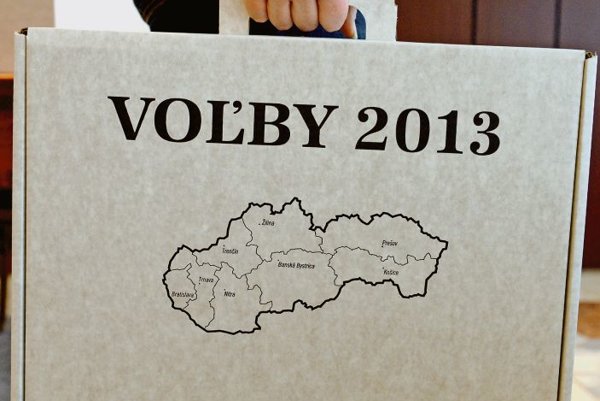 Kotleba’s victory, based on more than 71,000 votes, has been dubbed by observers as a wake-up call for the whole society, and largely overshadowed election results in the rest of Slovakia’s regions. Elsewhere, SDKÚ boss Pavol Frešo defeated Smer nominee Monika Flašíková-Beňová in Bratislava Region. Frešo and Kotleba will be the only two governors in the eight self-governing regions, known by Slovaks under the acronym VÚCs, not to come from Smer.

“Suddenly, it [the country] looks totally different. It looks as it would after a defeat,” wrote Matúš Kostolný, editor-in-chief of the Sme daily. “We have all lost.”

However, Fico was quick to claim his Smer party was the second round winner.

“We have six governors of the eight regions and 25 regional councillors more than in the previous period,” Fico said, as quoted by the SITA newswire, adding that Bratislava, where the incumbent backed by the SDKÚ won, is a specific case: “Here all of them united against Smer.”

Observers attributed the success of a right-wing extremist partly to anti-Roma sentiments and the legitimisation of nationalist discourse by Fico’s first government, and partly to voter frustration over economic pressures and disillusionment with mainstream political parties.

Election turnout was low, only 17.29 percent, according to official results.

In Bratislava Region incumbent Frešo, backed by the SDKÚ, the Christian Democratic Movement (KDH), Most-Híd, Party of Hungarian Community (SMK), Freedom and Solidarity (SaS), Civic Conservative Party (OKS) and the Green Party, collected 74.2 percent of the vote and defeated Flašíková-Beňová, supported by Smer, who picked up 25.8 percent, according to the official results.

In Košice Region Zdenko Trebuľa, backed by Smer, Most-Híd and SMK, won the second round with 53.1 percent, while his rival Rudolf Bauer, backed by the Conservative Democrats of Slovakia (KDS), garnered 46.9 percent.

Nitra Region saw a second round race between Milan Belica of Smer, SNS and the Agrarian Party of the Countryside, and Tomáš Galbavý, the joint candidate of the SDKÚ, Most-Híd, New Majority-Agreement (NOVA), OKS, SaS and SMK. Belica collected 55.6 percent of the vote, defeating Galbavý, with 44.4 percent.

In Trnava Region, Tibor Mikuš, backed by Smer, SNS and the Communist Party of Slovakia (KSS), garnered 60.3 percent, while his rival József Berényi, supported by SMK and OKS, took 39.7 percent of the vote, according to the official results.

The right-wing parties and its voters, who refused to vote for the Smer candidate in the second round run-off, are responsible for Kotleba’s victory, Fico said. He primarily attributed the result to the fact that the SDKÚ and SaS did not endorse Maňka, SITA reported.

“If someone was not able to support Mr Maňka, they carry direct responsibility,” Fico said.
Frešo said that Kotleba’s victory is a defeat for democracy and “a warning sign”, according to the TASR newswire.

“Let’s say it openly, it is a blow that no one expected,” Frešo said, adding that democratic parties should now sit down and discuss how to take any “fertile soil” away from such extremists.

When asked whether the SDKÚ carries responsibility for Kotleba’s victory, he refused to blame anyone specifically.

“All the democratic parties carry responsibility,” said Frešo, whose SDKÚ said on November 19 that it would not endorse either of the candidates in Banská Bystrica.

Frešo’s party mate, Kaník, the regional head of the SDKÚ who lost in the first round in Banská Bystrica to Kotleba, refrained from endorsing Maňka. Fico insisted, without evidence, that a considerable part of the votes that went to Kotleba came from right-wing voters who refused to support Smer.

“Those were the words of the right wing, which said that the Antichrist, Satan, Hitler, Mussolini, whoever, is better than Smer; this is how it is,” Fico said, as quoted by SITA.

Some observers slammed the reaction of the prime minister as demagogic, saying that all politicians carry their part of responsibility for the development. Political scientist Miroslav Kusý called Fico’s arguments nonsensical.

“The right wing in the first round lost with its candidate, however, the Smer candidate, who moreover serves as deputy chairman of Smer, remained in the race, and it was up to Smer and its representatives to carry the campaign to the final victory,” Kusý told The Slovak Spectator. “They did not do it.”

After the first round, Fico predominantly turned his attention to Trnava by endorsing a Slovak candidate over an ethnic Hungarian. Fico travelled to Trnava to convince inhabitants to vote for the Slovak candidate, saying that people should come to the elections, because if they do not, others will.

“If Most-Híd and SMK tell us that they are participating in this election to elect in Trnava, a Slovak town, a Hungarian governor, I answer: Let us join Slovaks in Slovak political parties and let us elect Tibor Mikuš,” Fico said, as quoted by SITA.

When commenting on the blame-game, which broke out on Slovakia’s political scene after the regional elections, Oľga Gyárfášová, a senior research fellow with the Institute for Public Affairs (IVO), called Fico’s comments “schoolboy like”.

According to Gyárfášová, Smer and its candidate Maňka underestimated their rival and took victory in the second round for granted.

“This self-assuredness could have led the voters to their decision to vote for Kotleba, or minimally, not to go and cast their vote for Maňka,” Gyárfášová said, adding that the numbers the candidates collected in the first and the second round suggest this.

Politicians and political parties are avoiding this topic, according to Gyárfášová. “First of all, no one has recipes, public policies, for how to address this problem; moreover, if politicians are offering constructive solutions, it would not get them votes because the majority harbour anti-Roma sentiments,” she said.

“Moreover, the Roma problem cannot be solved in the horizon of one election term, which is in fact the horizon of consideration of the prevailing majority of politicians,” Gyárfášová continued. “I would say that the present populism on the Roma issue is actually the lack of a solution or the avoidance of this issue.”

Alena Kluknavská, a doctoral candidate, with the Comenius University’s department of political sciences, who is specialising in extremist groups, noted for The Slovak Spectator that Fico threw the blame at the right-wing parties right after the first round suggesting that this is “right-wing extremism”.

“However at that time he had thought that his candidate Maňka is a clear winner of the second round and the politicians in general did not take into consideration the option that Kotleba might have even a minimal chance,” she added.

According to Kluknavská, Fico’s definition indeed is not fitting because the “right-wing in case of right-wing extremism is not defined based on a socio-economic dimension. Quite on the contrary, extremist rightist parties support chauvinist social state and the role of state in managing public policies”.

Michaela Terenzani and Radka Minarechová contributed to this story