THE COLOURFUL series of events organised throughout 2013 to mark the 300th anniversary of the trial and execution of legendary Slovak bandit Juraj Jánošík culminated on November 4 with a national conference called Banditry in Slovakia. 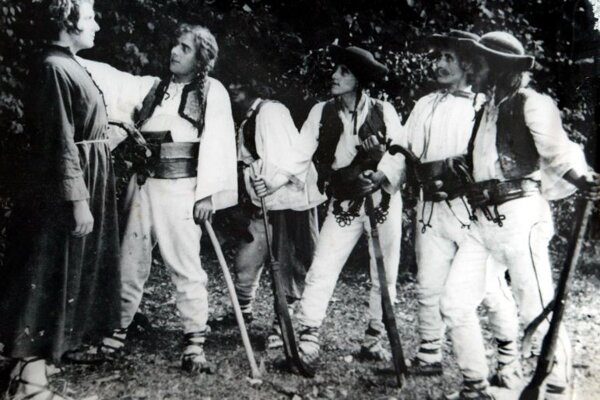 THE COLOURFUL series of events organised throughout 2013 to mark the 300th anniversary of the trial and execution of legendary Slovak bandit Juraj Jánošík culminated on November 4 with a national conference called Banditry in Slovakia.

Renowned experts from several fields addressed the phenomenon of banditry in a historical, judicial and literary context. They examined the operation of groups of bandits in the regions of Liptov, Orava, Kysuce and the way in which they were suppressed in early modern times.

Banditry was a natural response of the poorest groups of feudal subjects, head of the Liptov branch of the State Archives Peter Vítek said at the conference, which took place amid other Jánošík-related events in Liptovský Mikuláš.

The folk tradition preserved the names of several national heroes, and banditry has since become a popular theme in folk myths and legends, as well as in fiction and films, Vítek told the TASR newswire.

At the conference, the Jánošík memorial board was installed on the façade of the feudal-era regional office, which currently houses the Janko Kráľ Museum (Janko Kráľ was a 19th century Slovak writer). The accused Jánošík spent his final days in this building before his execution, according to some sources.

“Almost every country has a hero who has been profiled in times of intense oppression,” Vítek told TASR. “Thus, it is only natural that we, Slovaks, also have our own popular hero.”

He added, however, that the reason Jánošík became a national hero is an interesting topic of debate, as there were other bandits, some of whom were even more prominent in their day. But undoubtedly the period of communism and the promotion of class struggle helped Jánošík became a fitting symbol of resistance against feudal oppression, and this image was etched into our minds, Vítek summed up.

“When organising the numerous events within the Jánošík 300 Years of Legend project, we clearly saw that there is unabated interest among the wider public on this issue,” Ružena Antolová of the Janko Kráľ Museum told TASR, pointing to the publishing of a book on Jánošík (Jánošík, from Reality to a Legend) and the founding of a travelling exhibition called Jánošík, the Carpathian Bandit.

As a young man from an agrarian family, Jánošík joined the revolutionary army of nobleman František Rákoczi and later ended up in the emperor’s regular army. After his father paid for his release, Jánošík returned home and embarked on a life of banditry, eventually becoming known as the Slovak version of Robin Hood and a symbol of struggle against oppression. At 25 he was caught – allegedly due to a betrayal – tortured and sentenced to death in Liptovský Mikuláš on March 17, 1713, by hanging from a hook.