IN LATE November the Regulatory Office for Network Industries announced awaited cuts to energy prices for households and small business as prices remain regulated in Slovakia. While the average decrease in the maximum electricity prices between 6.5 and 7 percent has created no excitement, the decrease of natural gas prices in tens of percents for households has brought complaints by smaller gas suppliers. 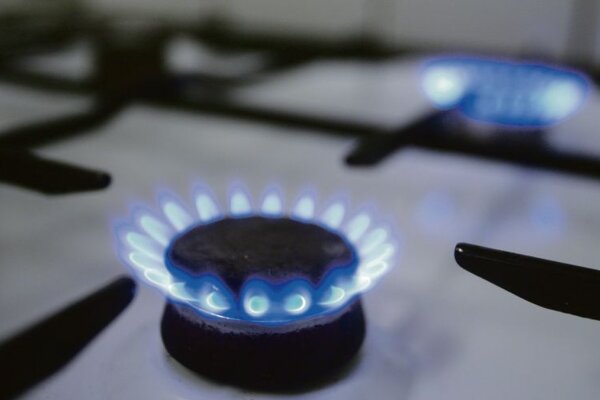 IN LATE November the Regulatory Office for Network Industries announced awaited cuts to energy prices for households and small business as prices remain regulated in Slovakia. While the average decrease in the maximum electricity prices between 6.5 and 7 percent has created no excitement, the decrease of natural gas prices in tens of percents for households has brought complaints by smaller gas suppliers.

“We literally forced [majority state-owned gas utility] SPP to submit a zero proposal for gas prices in terms of 2014,” Prime Minister Robert Fico told the TA3 news channel. “We have met our promise that we will support a very strong regulatory policy and that this regulatory policy enables us to protect households from senseless increases of gas prices. Let’s realise that if SPP had behaved in completely market-oriented manners in this matter and ignore us, it would offer the increase of gas prices for households by 25 percent.”

Gas suppliers in Slovakia were not pleased with this decision.

The natural gas utility and the dominant player on the gas market, Slovenský Plynárenský Priemysel (SPP), based on an agreement of its two shareholders (the National Property Fund and Energetický a Průmyslový Holding) had submitted a price proposal for households category with a zero increase compared with 2013. One of the conditions for Energetický a Průmyslový Holding to acquire a stake in SPP was not to increase gas prices for households this year.

“The regulatory office decided, based on its own deliberation, about reduction of prices by 0.23 percent on average,” Peter Bednár, an SPP spokesman, told The Slovak Spectator. “Even though this decision is very close to our price proposal, it is necessary to highlight that the new gas prices absolutely do not correspond with the economic reality.”

But because the new prices do not present a significant aberrance from the proposal approved by shareholders, SPP will respect them and will not take any steps against this decision, Bednár said.

Alternative suppliers, which started to supply Slovak households with gas after the liberalisation of the market, are more open in their criticism, as their only way to win new clients in price-sensitive Slovakia is to offer services for prices lower than SPP.

“The currently set prices enable us to achieve a moderate profit,” said Andrea Danihelová, the spokesperson of RWE Gas Slovensko, which with a market share exceeding 20 percent is the biggest alternative supplier in the market. She told The Slovak Spectator that: “However, this profit is not even at the level which the regulation of ÚRSO should guarantee to a dominant market player.”

According to Danihelová, RWE Gas Slovensko is able to guarantee lower prices also next year.

“But the prices are at such a low level that it does not enable the real competition of several suppliers,” said Danihelová, adding that already today only up to two companies really compete for households. “Small suppliers do not have a real chance to compete because they must operate their business at a loss. We also believe that there is no opportunity for entry of other new suppliers.”

Danihelová added that the price regulation negatively affects the market environment and natural gas suppliers would at least welcome its curbing.

Zuzana Lukáčová, head of analysis at Energy Analytics, sees the reduction of maximum gas prices as positive news for consumers, but it is questionable how long it will be sustainable. She pointed out that even Fico in his response said that if SPP had behaved in a market-oriented way, it would have increased prices by 25 percent.

“It is apparent that in the long term the prices should meet with the market reality,” Lukáčová told The Slovak Spectator. “The longer such a step is postponed, the more this may hit consumers themselves.”

ÚRSO reduced the cap, or the maximum prices which electricity distributors can invoice to their household clients, while the segment of households and small businesses remains regulated, by 7 percent on average. Holjenčík specified that for households this means a decrease in annual electricity bills between €11 and €200, depending on the consumption category and the amount of electricity consumed.

The decision of the ÚRSO will bring lower prices to clients of regional distributors.

Stredoslovenská Energetika (SSE) will reduce prices for the supply of electricity by almost 16 percent, Jana Bolibruchová, spokesperson of the company, told The Slovak Spectator. She explained that this price makes up about 40 percent of the end price of electricity and thus this means annual savings between €20 and more than €100.

Východoslovenská Energetika (VSE) will reduce its prices, too.

“VSE reduces for 2014 prices for the supply of electricity by 16-20 percent,” Andrea Danihelová, spokesperson of VSE told The Slovak Spectator, adding that the reduction depends on the type of the product.

The electricity cost for small businesses with an annual consumption of up to 30,000 kWh will decrease by 6.5 percent on average. Large industrial companies, whose electricity prices are no longer regulated, will enjoy some decreases next year too, as ÚRSO reduced some charges which make up part of the final price for end consumers.

ÚRSO attributes the drop in electricity prices for regulated sectors to the decrease in the price of electricity as a commodity on wholesale markets. Its current price is about €35 for 1MWh, half of what it was a few years ago, the Sme daily wrote.

According to Lukáčová of Energy Analytics, the drop in electricity prices reflects the drop in the price of electricity as a commodity as well as changes in charges for transmission and distribution. She explained to The Slovak Spectator that the price for distribution was significantly affected by the introduction of charges for electricity producers for access to the distribution network. This transfer cost is related to the operation of the network to producers as well as consumers, and means that producers are taking up some costs which were until now covered by consumers.

On the other hand, according to Lukáčová, other factors, like contributions to the National Nuclear Fund, which grows by the core inflation index as of July 1 and will increase the final electricity price by more than €3 per MWh, are pushing the price up.

“Even though for 2014 pressure to decrease [electricity prices] outweighed the opposite trend, in the future it will be necessary to put stress on a transparent and stable mechanism [of financing] of renewable energy sources and combined production of electricity and heat, which should be reflected in a real charge for operation of the grid,” said Lukáčová.