SLOVAKS seem to have an affinity for Denmark’s cultural offerings, especially when it comes to that country’s films and its renowned author Hans Christian Andersen. However, connoisseurs of photography, art, philosophy and a variety of musical genres can also find much to love about Danish culture, and Slovaks need not travel far to experience it. 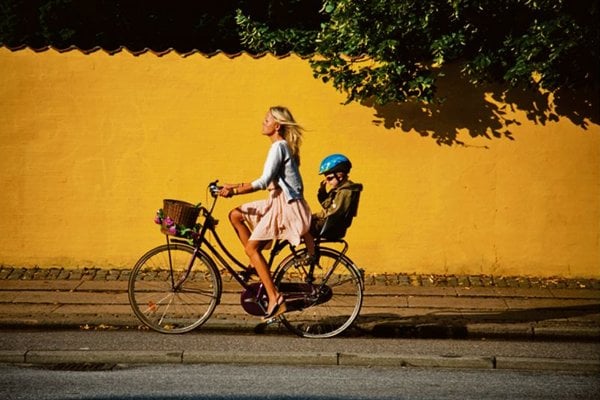 SLOVAKS seem to have an affinity for Denmark’s cultural offerings, especially when it comes to that country’s films and its renowned author Hans Christian Andersen. However, connoisseurs of photography, art, philosophy and a variety of musical genres can also find much to love about Danish culture, and Slovaks need not travel far to experience it.

“Although the embassy’s cultural budget is extremely limited, we support a number of cultural events arranged with local partners in Slovakia every year,” Steen Pedersen, Vice-consul / Deputy Head of Mission at the Danish Embassy to Slovakia, told The Slovak Spectator.

More specifically, Pedersen mentioned the photo exhibition focused on Denmark’s bicycle culture, which has been shown in Košice, Banská Bystrica and Bratislava. Photos by Mikael Colville-Andersen, an expert on city mobility and cycling, dubbed the “Cycling Ambassador of Denmark”, were presented in September at the Slovak Environment Ministry, according to the 24hod.sk website. The exhibition showed how cycling can become a simple part of everyday life, especially for those living in a city.

“On two occasions, the embassy supported events related to Denmark,” Pedersen said. “The Danish composer Bent Sorensen attended the performance of a number of his compositions for chamber orchestra in April. And in June, a photo exhibition about Danish bicycle culture was on display in Košice. The embassy was pleased by the opportunity to support cultural elements related to Denmark.”

The event, including a discussion with Sorensen, took place on April 10 in the Vojtech Loeffler Museum. A selection of the composer’s works, known for putting classical music in a modern context, were performed by the Slovak Quasars Ensemble, the project’s website informed.

As for more recent events, “we were involved in a jazz concert by the Danish Radio Big Band in the Slovak Radio Hall”, Pedersen said. The event, in which the band played with Hungarian saxophonist Gábor Boll and pianist Kálmán Oláh, took place on October 13 and was also recorded for the Slovak Public Radio and Television, RTVS, and the European radio network, EBU.

Other musical performances included the Danish Selvhenter, “a new experimental project of punk and metal music played exclusively by ladies: on saxophone, trombone and two drums”, the Pravda daily informed. Selvhenter participated in the Next festival.

Danish fairy tale author Hans Christian Andersen enjoys worldwide popularity, and his work is well known in Slovakia, too. “Stories of the Danish fairy tale writer Andersen have a devout audience among Slovaks – in fact, there is an annual event for children called ‘Night with H. C. Andersen’,” Pedersen informed. “The event has been arranged by the Slovak Librarians’ Association since 2006 in relation to the birthday of H. C. Andersen in April. More than 30,000 children have participated since the first event.”

The vice-consul also mentioned Danish philosopher Soren Kierkegaard, “who is an inspiration for a number of Slovaks. The Central European Research Institute of Soren Kierkegaard and Constantine the Philosopher University in Nitra are the centres for activities of this kind“.

When asked by The Slovak Spectator about future events, Pedersen said that some projects are under consideration, but no specific details have been decided upon yet. He recommended following the news updates on the website slovakiet.um.dk.

“Of course, many events related to Danish culture and artists are also arranged without the embassy’s involvement and support,” Pedersen admitted, concluding that “this is a clear sign of the interest in Danish culture in Slovakia”.