Though several right-wing parties declared this year that instead of internal fights they want to focus on working for the public’s benefit, the post-election fragmentation in the centre-to-right half of the political spectrum continued throughout 2013. 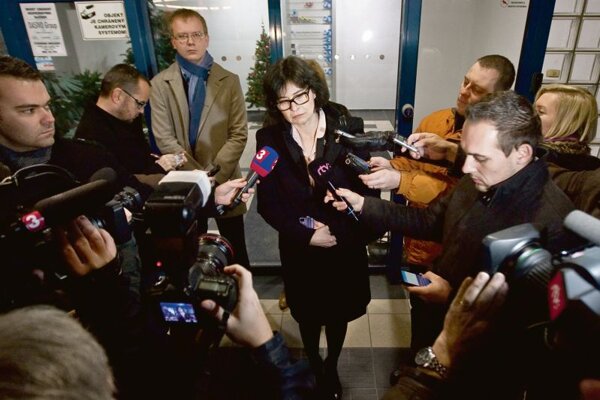 Though several right-wing parties declared this year that instead of internal fights they want to focus on working for the public’s benefit, the post-election fragmentation in the centre-to-right half of the political spectrum continued throughout 2013.

Radoslav Procházka, who last year criticised the direction of the KDH and established his own platform, named Alfa, has decided to quit the party and made a bid for the presidency in April.
KDH leader Ján Figeľ described Procházka’s move as contributing to the fragmentation of the right, while political analysts said that it was neither the first nor the last departure from the established centre-right parties.

Indeed, such forecasts were quickly fulfilled as the liberal SaS experienced an exodus of its members on April 16 after Jozef Kollár, who had unsuccessfully challenged Richard Sulík for party chairman, decided to quit and took along two former ministers from Iveta Radičová’s cabinet, Juraj Miškov and Daniel Krajcer, as well as MPs Martin Chren and Juraj Droba. An additional 75 members left the party with them, including nearly a third of its regional heads and almost half of its team leaders.

During the spring, SDKÚ MPs Lucia Žitňanská and Miroslav Beblavý started a political project, entitled We Are Creating Slovakia, which they described as a series of discussions outside the party base hoping to find people whose potential is not currently being utilised. While Žitňanská and Beblavý were quick to stress that they do not intend to establish a new party, their initiative prompted questions about what might come next.

The response indeed came on December 12 when Žitňanská and Beblavý along with Magdaléna Vášáryová left the SDKÚ with Žitňanská explaining that she was leaving due to “the recent vagueness of attitudes of the SDKÚ, the loss of content and the inability to make political decisions”.

Žitňanská, according to local media, referred to the SDKÚ regional branch’s approach to the regional elections: after the party’s nominee, Ľudovít Kaník, lost to far-right extremist Marian Kotleba, the party refused to endorse the winner of the first round, Smer’s Maňka, who then lost to Kotleba in the second round.

To end the year, the right wing parties failed to come up with a joint candidate for the spring 2014 presidential elections.