The saga around the election and the appointment of the new general prosecutor was one of the most politically charged issues of 2013. 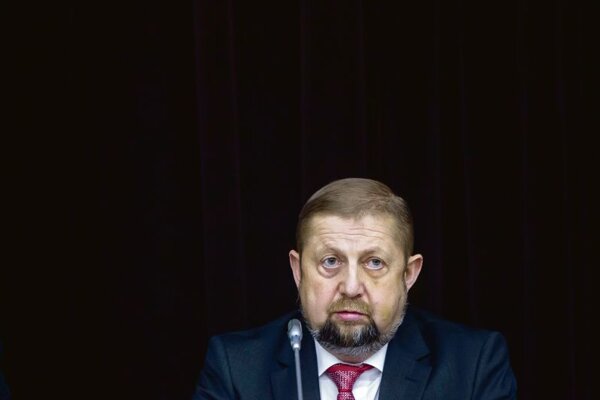 The saga around the election and the appointment of the new general prosecutor was one of the most politically charged issues of 2013.

President Gašparovič formally appointed Jaromír Čižnár, a former law-school classmate of Fico, as Slovakia’s general prosecutor on July 17, filling a position that had been vacant for nearly two and a half years. The move came just a month after Čižnár was chosen by MPs in a parliamentary vote orchestrated by Smer. While Gašparovič said he saw no reason not to appoint Čižnár, the opposition parties said the president should have waited until the Constitutional Court decided on a complaint lodged by Jozef Čentéš, who was elected to the general prosecutor post by MPs in June 2011. The president has refused to appoint him, and presented what the opposition has derided as insubstantial reasons for that refusal.

At the same time, Čižnár’s predecessor Dobroslav Trnka, whose 2010 re-election bid prompted then-prime minister Radičová to say she would resign if he succeeded, may no longer be allowed to serve as a rank-and-file prosecutor. A disciplinary commission imposed the toughest ever punishment on Trnka for his involvement in a controversial real estate transfer, banning him on November 29.

The so-called Glance House case pertains to the controversial transfer of a luxury residential development in Bernolákovo, a municipality near Bratislava, based on a letter sent by Trnka sidestepping an embargo by the Special Prosecutor’s Office on any dealings involving the building. Trnka has the option to appeal the ban, but in December was still waiting for the written decision of the disciplinary commission, saying that only after receiving the document would he be able to appeal the decision with the Bratislava Regional Court.

Supreme Court President Štefan Harabin no longer has to worry about disciplinary proceedings that former justice minister Lucia Žitňanská filed against him during her 2010-2012 tenure. The Constitutional Court (CC) dismissed most of her motions this year. On October 29 the CC upheld its earlier ruling penalising Harabin by reducing his salary for hindering the Finance Ministry audit of the Supreme Court, but on the following day the CC dismissed three other outstanding motions against him, which means that Harabin would not be stripped of his judicial robe.

Harabin cleared yet another hurdle in 2013 on the way to cashing in €150,000 in damages paid by the General Prosecutor’s Office. The Bratislava Regional Court earlier this year upheld a lower court verdict, which in September 2012 ruled that the General Prosecutor’s Office erred by confirming that a recording of an alleged 1994 phone conversation between Harabin and convicted drug-lord Baki Sadiki formed part of a request by the then head of its criminal department to have Harabin excluded from decision-making in cases involving Sadiki. The court awarded Harabin €150,000 in damages for what it called an incorrect official proceeding. The General Prosecutor’s Office has filed an appeal and an extraordinary appeal against the €150,000 award.

Throughout the year, business leaders continued to express a lack of satisfaction with the ineffectiveness of law enforcement, which stems from the poor state of the country’s judiciary and insufficient application of the principle of equality in the eyes of the law, according to the findings of a survey done by the Business Alliance of Slovakia (PAS).

“Slovakia’s judiciary and the inefficient enforcement of law over the long term is among the most criticised areas in Slovakia,” PAS said on August 27, adding that lengthy court trials, problems enforcing claims and issues with fraud have a direct negative impact on doing business in the country.

The Organisation for Security and Cooperation in Europe (OSCE) has said that judicial pressures on the media are the biggest threat to freedom of the press in Slovakia. Several court cases involving current and former (often prominent) members of Slovakia’s judiciary were cited in the OSCE report submitted by the Representative on Freedom of the Media, Dunja Mijatović, on June 13. Mijatović expressed her concern in a letter written to Foreign Minister Miroslav Lajčák on May 2.

Mijatović cited the infamous Bonanno case, in which several current and former members of the judiciary seek damages totalling €940,000 from the Nový Čas daily tabloid and its publisher, Ringier Axel Springer, for photos and videos published in June 2011. The judicial figures object to Nový Čas’ interpretation of images from a party, which appeared to show the judges mocking a shooting spree that took place two months earlier.

In another case, Judge Michal Truban sued Sme, claiming that an article published by the newspaper in September 2012 had impugned his honour and infringed upon his privacy by alleging that the judge accepted a free hunting trip in 2008. Truban asked for three separate apologies from Sme and €150,000 in damages. The court ordered the newspaper to publish an apology to the judge in capital letters on its front page for three consecutive days in late April.

The Slovak committee of the International Press Institute (IPI) has also expressed deep concern over what it calls growing pressure by courts, judges and the judiciary in general on the freedom of press guaranteed by the constitution of Slovakia.