Volksbank becomes Sberbank. The third biggest bank in Europe, Russia’s Sberbank, started to officially operate under this trademark in Slovakia. Sberbank purchased the subsidiaries of Volksbank, including its Slovak arm in February 2012 for €505 million. 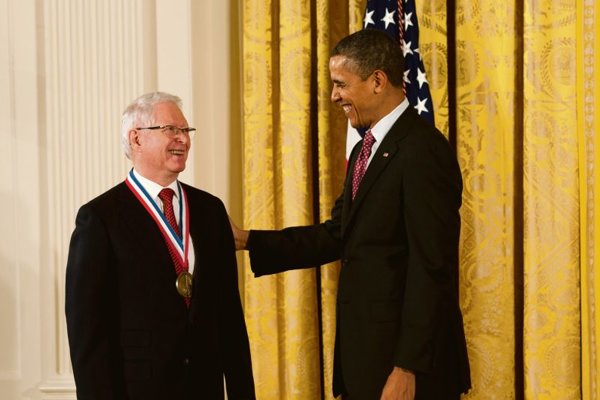 Volksbank becomes Sberbank. The third biggest bank in Europe, Russia’s Sberbank, started to officially operate under this trademark in Slovakia. Sberbank purchased the subsidiaries of Volksbank, including its Slovak arm in February 2012 for €505 million.

Slovak-born scientist receives award from US President Obama. Scientist Ján Vilček, who has lived and worked in the United States for most of his life, received a US National Medal of Technology and Innovation from US President Barack Obama on February 1. The medal is the highest American award in the sphere of technological progress. Vilček, who was born in Bratislava in 1933, is among the world’s top experts in immunology and micro-biological research. His research has contributed significantly to the treatment of arthritis and other chronic inflammatory diseases.

Achmea initiates arbitration against Slovakia over health-insurer plan. Slovakia became subject to further arbitration proceedings when Dutch insurance company Achmea, the owner of Slovak health-insurer Union, took an action in reaction to the government’s plans to merge all three of Slovakia’s current health insurers (including a second private insurer, Dôvera, and the state-owned Všeobecná Zdravotná Poisťovňa) into a single company, even if it has to expropriate the two private firms. By mid December 2013 the plan to re-introduce the unitary health insurance system in the country had not made any visible headway with the state lacking money for its realisation.

THE YEAR IN BUSINESS