THERE are some 250,000 people in Slovakia out of work for more than one year. As the problem has troubled successive governments, the Employment Institute (IZ) issued suggestions for tackling the long-term unemployment problem at a December 13 conference. 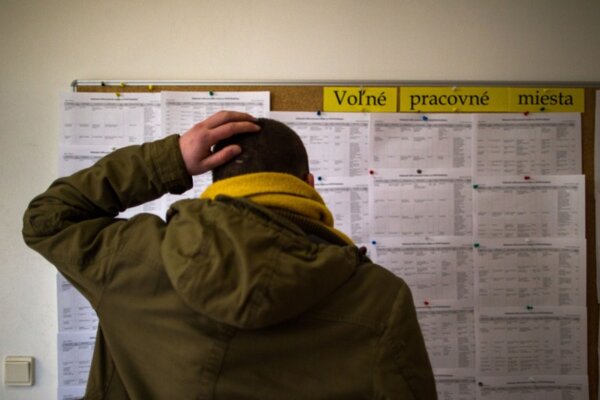 THERE are some 250,000 people in Slovakia out of work for more than one year. As the problem has troubled successive governments, the Employment Institute (IZ) issued suggestions for tackling the long-term unemployment problem at a December 13 conference.

The IZ proposes to establish a middle-market where the long-term unemployed find jobs with so-called “inclusive companies” doing work as part of public procurements. The IZ claims the plan would cut the number of long-term jobless by 100,000 in the next 10 years.

Under the plan, workers would have standard working agreement for one or two years, with standard rights and duties, at the minimum wage, €352 per month, or higher.

“We expect that 10-20 percent [of the long-term unemployed] might enter the open labour market since we expect post-crisis revival of the labour market,” Viliam Páleník, president of the IZ, told the TASR newswire. Those who do not find a job immediately after leaving the inclusive company would return to the labour offices.

This latest plan differs from an earlier version in that it focuses on people with work experience and takes into account those who work illegally and face obstacles in finding legal work, IZ Director Michal Páleník told The Slovak Spectator.

Companies that would take part in the plan would have to hire 75 percent of employees from the long-term unemployed. The rest will be permanent employees who will train their colleagues. The companies will be small, employing only dozens of people. Each such firm will have to obtain the certificate from the labour office that it fulfils conditions for being the inclusive company.

They will also have to redistribute the profit only within the firm or invest it into the work with community, according to the IZ proposal.

The companies will receive the money through bidding on inclusive public procurement projects, announced by state and public administration bodies. Most would be smaller work projects, like cleaning streets or repairing castles. The money for the projects should cover all salaries (70 percent of the total sum) and additional costs (30 percent of the final sum).

Since the orders will be small, the IZ proposes to arrange about 100,000-150,000 procurements a year. Moreover, one procurer will be able to arrange more competitions during the year, and there will be higher chance that different firms will win, which should contribute to higher transparency, Páleník said.

Páleník admits the overall costs of such projects might surpass the work done by standard companies, but emphasises getting work for the long-term unemployed.

The IZ also proposes to establish the electronic bulletin where procurers and inclusive companies will find information about projects on which they can bid. Páleník estimated that the project would cost €770 million a year, about 2 percent of the state budget. Some money would be saved as workers would no longer collect social benefits.

One of the European Union’s Europe 2020 strategy goals is to support the inclusive growth, which Brussels officials say means focusing on raising employment, helping people of all ages anticipate and manage changes in the labour market, modernising labour markets and welfare systems and ensuring the benefits of growth reach all parts of the EU, according to the European Commission.

The EC also supports the idea of establishing the social enterprises to employ socially excluded people. These companies seek to serve the community’s interest rather than profit maximisation, and thus they contribute to social cohesion, employment and the reduction of inequalities, the EC writes on its website.

Slovakia tries to find ways to employ the EU initiatives into its systems. The project of social enterprises, for example, is important tool to decrease long-term unemployment though they have rather negative implications in Slovakia, State Secretary of the Labour Ministry Branislav Ondruš told the December 13 conference.

Ondruš added that representatives of the ministry have already met with IZ representatives on December 3 to discuss ways to increase employment among disadvantaged groups. They agreed on creating a working group which will focus on preparing measures at the beginning of this year. The working group will also discuss the possible ways of defining the inclusive companies in laws and using this tool as “standard tool to support employment in Slovakia”, Ondruš said.

“Social entrepreneurship is key tool to fight the unemployment and I do not believe that without this tool we will be able to integrate long-term unemployed into society and help them enter the open labour market,” Ondruš said.