WORLD-RENOWNED tenor José Cura might not be widely known to Slovaks, even though he has already performed here twice. This looks set to change as he shifts from his operatic appearances to performing a March concert in Bratislava with young Slovak soprano Linda Ballová. 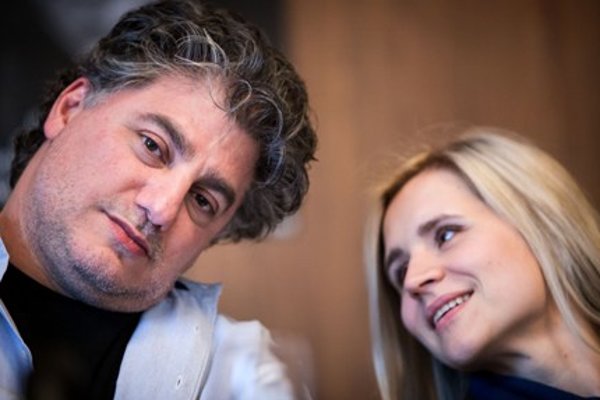 WORLD-RENOWNED tenor José Cura might not be widely known to Slovaks, even though he has already performed here twice. This looks set to change as he shifts from his operatic appearances to performing a March concert in Bratislava with young Slovak soprano Linda Ballová.

“It is an obligation of singers to help the young generation,” Cura said at a press conference in December 2013. “It would be much easier to sing with a well-known singer, but it would be a shortcut.”

Cura added that he hopes to help Ballová fully blossom; and that when she is famous, he will be able to boast that he played a role in this. Cura said it was him who asked Ballová to be part of his concert.

Cura has a wider repertory, but he specialises in French and Italian operas, notably works of Giacomo Puccini and Giuseppe Verdi. Asked about how it is to sing these parts all over again and again, he answered: “Ours is a profession – we are professionals – but it is also a vocation. And there is no way being on the stage and performing for audience, if you don’t love what you’re doing. Because if you don’t love what you’re doing, you just work for money; and if you jut work for money, you are a hooker, and not an artist.”

Cura added that even if it is his 300th performance of Tosca or Othello, he must make the audience believe it is his first. “I will not tell you romantic lies,” he said. “Sometimes it works; and sometimes it doesn’t. If it doesn’t, remember that you are a professional and try to give your best. But if it works, it’s a miracle.”

Here, he likened the singing and the interaction with conductor, orchestra and audiences to a long-time marriage, or making love to one’s wife after 30 years; saying that the result also depends on the partner – here, it means audience. “Sometimes it’s routine, and sometimes it’s magic,” he said.

He also mentioned that he would like to return to sing in Slovakia – maybe to the opera of the Slovak National Theatre (SND) where he has already performed. He went on to praise the new SND building.

“When I was a kid my mum told me I had to wait until I was invited,” he said.

The concert featuring Ballová will take place March 13, in the Aegon Arena NTC at Príkopova 6 in Bratislava. It will be conducted by Argentina’s Mario De Rose, who has worked many times with Cura and thus can perform with few rehearsals. This is also true about Cura and Ballová, as the tenor admitted they would take just a few rehearsals shortly before the concert itself “as is usual now”.

More updated information on the programme of the concert can be found on the 212.sk website. Tickets cost between €33 and €133 and can be purchased through ticketportal.sk.