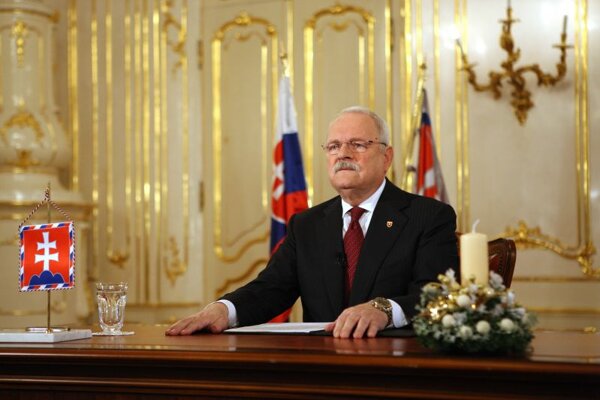 Shortly after Prime Minister Robert Fico put an end to months of speculation about his presidential ambitions and announced his candidacy on December 18, Speaker of Parliament Pavol Paška set the date for presidential elections for March 15. This prompted criticism over what some called an unfairly early date. By rule, candidates must officially submit their candidacy within 21 days after the speaker announces the elections. If no candidate gains the majority of the votes cast on March 15, the two best performing candidates will compete in a second round run-off on March 29.

Gašparovič, who was elected to the office in 2004 and then re-elected in 2009, cannot run again as he is term limited. He will leave office on June 15.

Though the race is rather crowded with more than a dozen candidates having confirmed their candidacy by the time The Slovak Spectator went to print, observers note that only a few of them have any chance of facing off with Fico.

The list of candidates includes Fico, who runs with the support of all 83 deputies of his own party, and Pavol Hrušovský, one-time chairman of the Christian Democratic Movement (KDH) supported by the KDH, Most-Híd and the Slovak Democratic and Christian Union (SDKÚ). Ján Čarnogurský and Radoslav Procházka come from the KDH cradle as well: Čarnogurský was its former chairman and Procházka was a deputy who quit the party last year. They will both run as independents.

Procházka submitted his petition on the last day before the deadline elapsed and came up with about 40,000 signatures. He claimed that if he wins he aspires to be a strong president, the TASR newswire reported.

Philanthropist Andrej Kiska, who was among the first candidates to announce his presidential ambitions, collected 61,017 signatures and submitted his petition on January 3, suggesting that he views the number of signatures as an expression of support for a non-partisan president.

Cardio-surgeon Viliam Fischer and scientist Milan Melník will also run and have submitted their petitions by the deadline. Stanislav Martinčko is supported by the Coalition of Citizens of Slovakia, but was still required to submit the 15,000 signatures. Jozef Behýl, active in the non-profit sector, will run as an independent as well.

Peter Osuský of Freedom and Solidarity (SaS) is supported by his own party. Milan Kňažko, one of the leaders of the Velvet Revolution, who failed to collect the 15,000 signatures required to qualify for the race, will still run with the helping hand of parliamentary deputies.

Jozef Viskupič of Ordinary People and Independent Personalities (OĽaNO) and Juraj Droba, formerly of Freedom and Solidarity but currently without party affiliation, submitted a proposal for Kňažko’s candidacy with 19 signatures by deputies from OĽaNO, the SDKÚ, and NOVA on January 8, the SITA newswire reported.

Originally, the deputies also offered help to Gyula Bárdos, the candidate of the Party of Hungarian Community (SMK), due to concerns that the candidate might fail to pick up 15,000 signatures during the holiday season, but Bárdos submitted the petition with the required number of signatures.

The Party of Modern Slovakia (SMS), established by Milan Urbáni, a renegade of Vladimír Mečiar’s former party Movement for a Democratic Slovakia (HZDS), said it will submit its petition for the candidacy of Jozef Šimko, mayor of Rimavská Sobota.

On January 9, the Communist Party of Slovakia (KSS) also announced that it would field a presidential candidate: former Slovak ambassador to Argentina Ján Jurišta, with KSS chairman Jozef Hrdlička claiming that the party managed to collect 16,000 signatures for their candidate, according to SITA.

OĽaNO deputy Helena Mezenská also toyed with the idea of running for president and activists have been collecting signatures on her behalf. If she fails to collect the 15,000 signatures, she said she might ask her deputy colleagues for help, according to TASR.

The Sme daily in its very first issue of 2014 offered readers predictions on political developments in Slovakia for the coming year, suggesting that Fico will become Slovakia’s next president.

“Though the polls suggest that in the second round of the elections Fico might have a problem, there is no more serious candidate for the president today,” Sme wrote, also suggesting that Procházka and Kiska will establish their political parties.

Some observers have said that for the sake of a balance of power in the country, the next president should not be close to the ruling party, which already controls the posts of prime minister and speaker of parliament.

Political scientist Miroslav Kusý indicated that Fico’s victory is far from as certain as some might assume: “His chances are problematic. The first round will be clear but the second round is questionable, since the whole opposition would back that [second place] candidate,” SITA reported.

In response to the candidacy of the prime minister, Gašparovič said on December 18 that Fico is an experienced politician with high trust among politicians and that of the current candidates he has the most experience as well as what he called the widest insight, SITA reported.

“It’s not necessary for him to be a member of a political party, but he does need to make clear which party he agrees with or doesn’t,” Gašparovič said, as quoted by TASR. “He can’t be in some kind of vacuum, as if his line of thinking and orientation has nothing to do with any existing party.”

Gašparovič also believes that few candidates for the top post stand a realistic chance of being elected without the support of some political party.